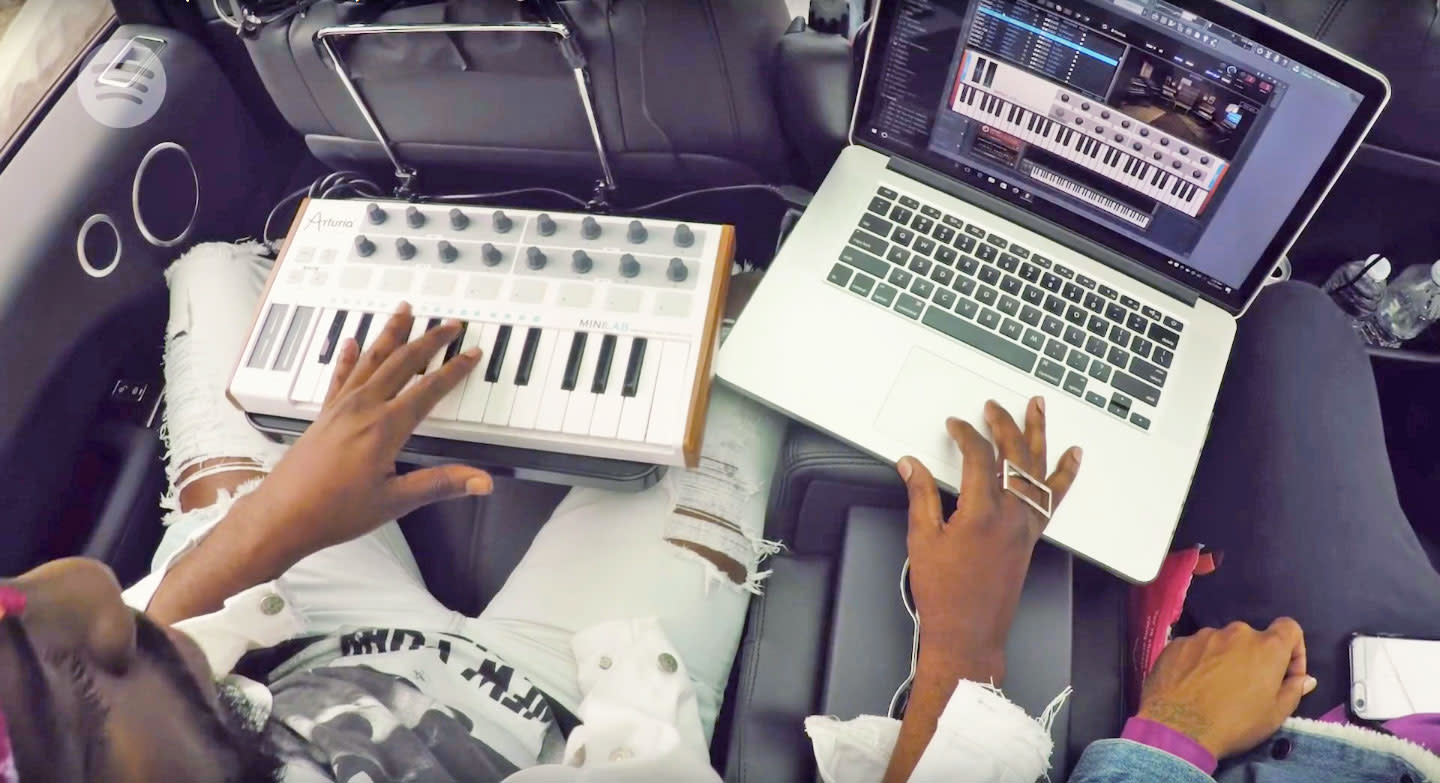 Apple already locked down a season's worth of James Corden's Carpool Karaoke, but Spotify isn't letting that stop it from developing a similar show of its own. The streaming service announced this week and it teamed up with Russell Simmons on Traffic Jams, a show that pairs a hip-hop artist and a producer who haven't worked together to create something new before they arrive at their destination. Oh yeah, they have to do so while sitting in rush-hour traffic in Los Angeles.

The final stop in each episode is the Spotify-All Def Stage where each pair has to perform their newly written song for hundreds of fans. All Def Digital, which Simmons co-founded, is handling production for the 8-episode series with comedian DoBoy handing the hosting/driving duties. The first installment matches up T-Pain with Atlanta-based producer Southside while other episodes star D.R.A.M, Joey Bada$$, E-40 and more. Traffic Jams debuts on Spotify April 4th with new episodes every Tuesday through May 23rd. For a look at what you can expect from the show, watch the trailer below.

In this article: av, entertainment, hiphop, music, musicstreaming, rap, services, spotify, streaming, TL17KARA, trafficjams
All products recommended by Engadget are selected by our editorial team, independent of our parent company. Some of our stories include affiliate links. If you buy something through one of these links, we may earn an affiliate commission.