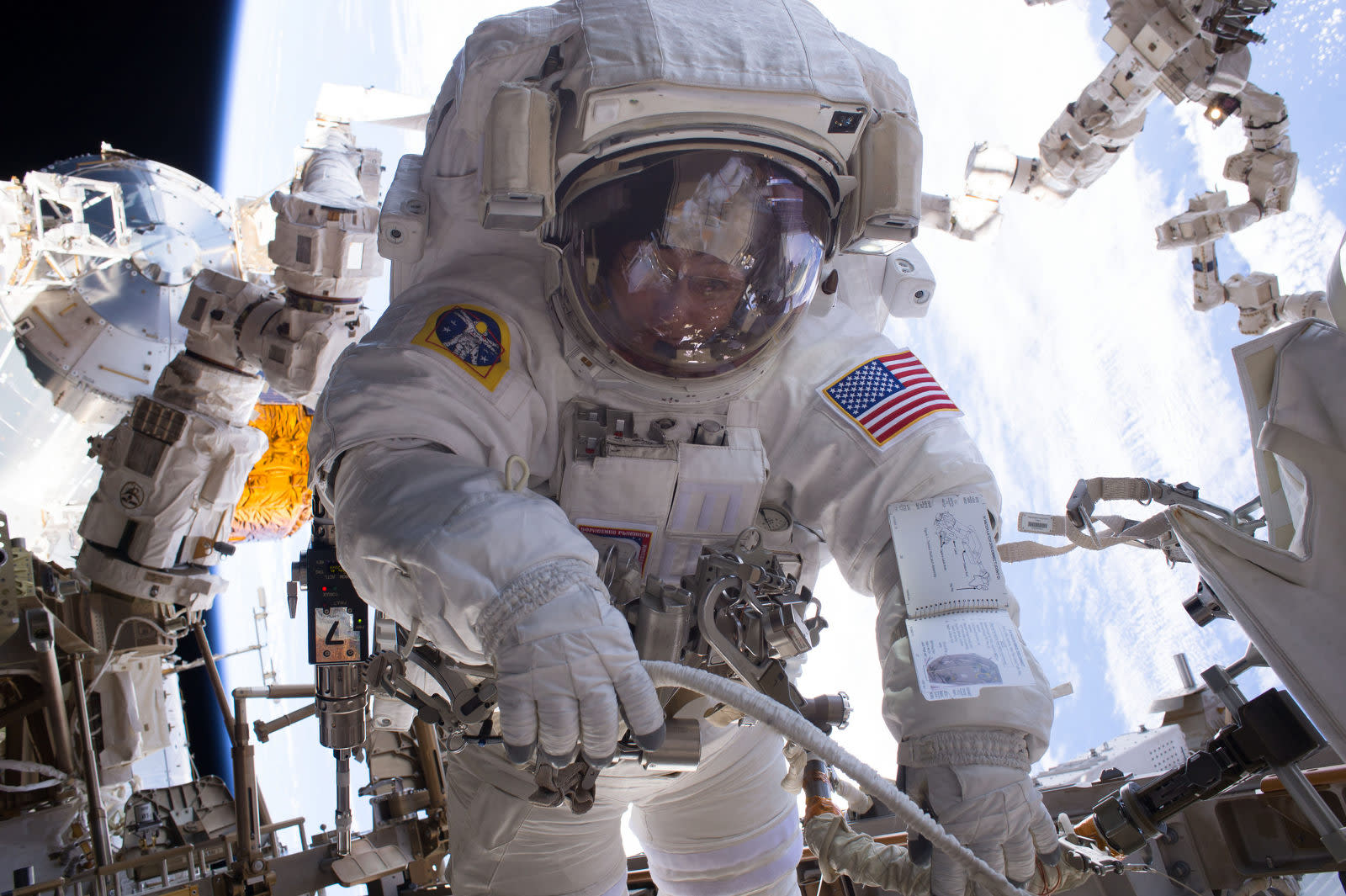 Dr. Peggy Whitson, the first woman to command the ISS, might soon also hold the record for the most spacewalks by a female astronaut. She's scheduled to step out of the ISS today (March 30th), and once she does, she'll have eclipsed the number of times current record holder Sunita Williams floated around in space outside the orbiting lab. Williams still holds the distinction of being the astronaut who fixed the ISS with a toothbrush, though.

Whitson and Commander Shane Kimbrough will attach the docking module Canadarm2 recently moved to its new power and data cables. It'll serve as the second docking port for the space taxis Boeing and SpaceX are developing to ferry astronauts to orbit. The duo won't be stepping out of the ISS until 8AM EST, but you can tune in to NASA TV's broadcast of the six-and-a-half-hour event as early as 6:30AM.

In this article: astronaut, iss, nasa, peggywhitson, science, space, spacewalk
All products recommended by Engadget are selected by our editorial team, independent of our parent company. Some of our stories include affiliate links. If you buy something through one of these links, we may earn an affiliate commission.