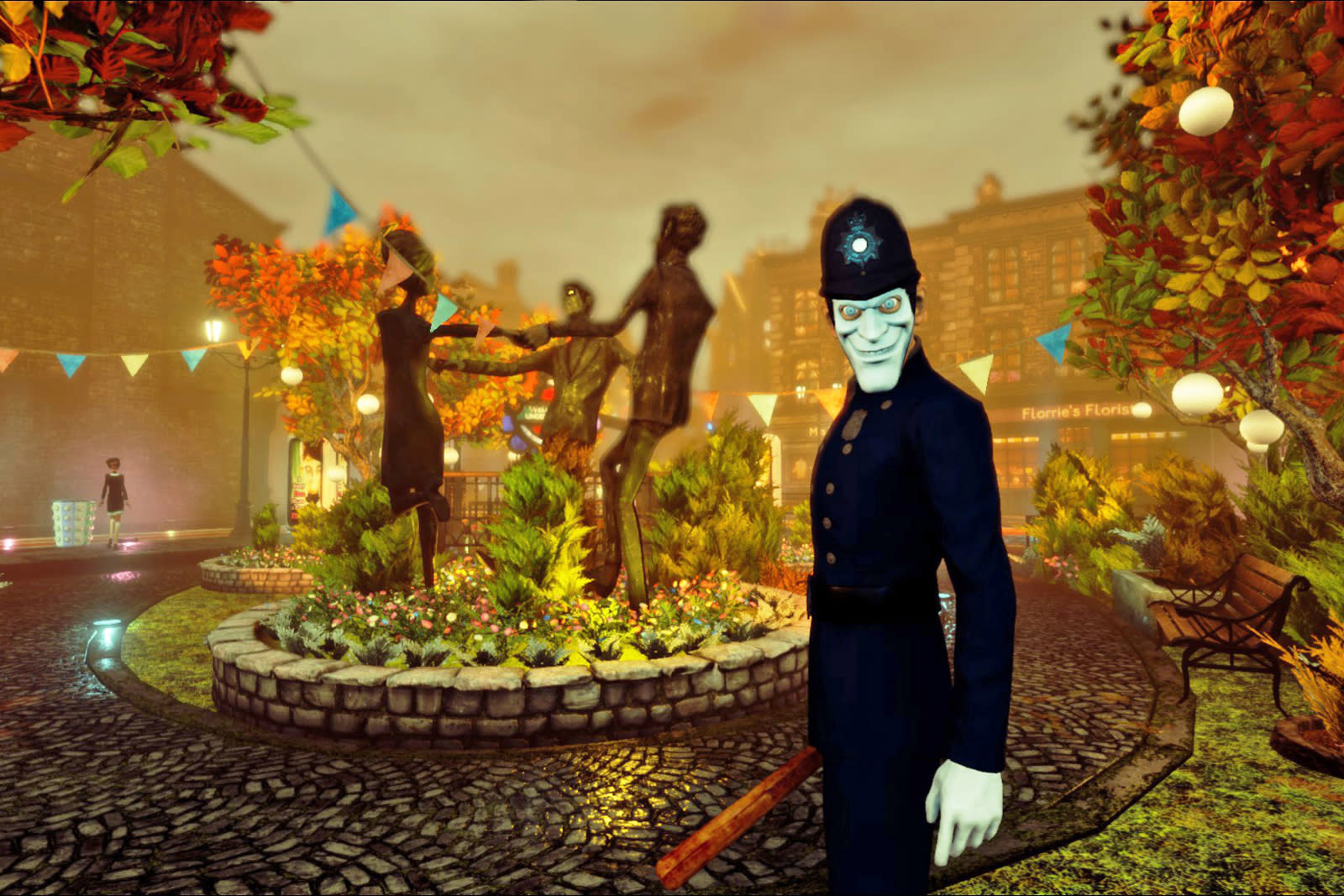 Video game movies tend to struggle in part because of their stories. What sounds good for an adventure or first-person shooter can fall flat when you're asked to construct a cinematic narrative around it. However, you might get something better this time around. Variety has learned that We Happy Few, Compulsion Games' paranoia-fueled tale of an English town gone terribly wrong, is becoming a movie. The company behind the Pitch Perfect movies, Gold Circle Entertainment, is working with dj2 Entertainment (also working on the Sleeping Dogs movie) to make it a reality.

There's still a lot up in the air. The team doesn't even have writers, let alone a cast. Compulsion believes the producers have good ideas for maintaining the "menace, dark humor and central themes" of the survival horror title, however, and dj2 says it'll stay "true to the source material" while including a few surprises.

There's good reason to be skeptical, since game-based movies only rarely get top-flight screenwriting and acting talent. However, We Happy Few at least has a concept that's well-suited to the big screen. Its alternate history plot, where people are forced to take a mind-altering drug to hide a sinister truth, shares something common with popular movies that revolve around the "town with a dark secret" premise -- think The Wicker Man or even Hot Fuzz. That's a good platform to build on, then. The big challenge is evoking the spirit of those classics without either being overly derivative or diluting what makes the game special.

In this article: av, compulsiongames, dj2, dj2entertainment, entertainment, games, gaming, goldcircleentertainment, movie, movies, personal computing, personalcomputing, videogames, wehappyfew
All products recommended by Engadget are selected by our editorial team, independent of our parent company. Some of our stories include affiliate links. If you buy something through one of these links, we may earn an affiliate commission.