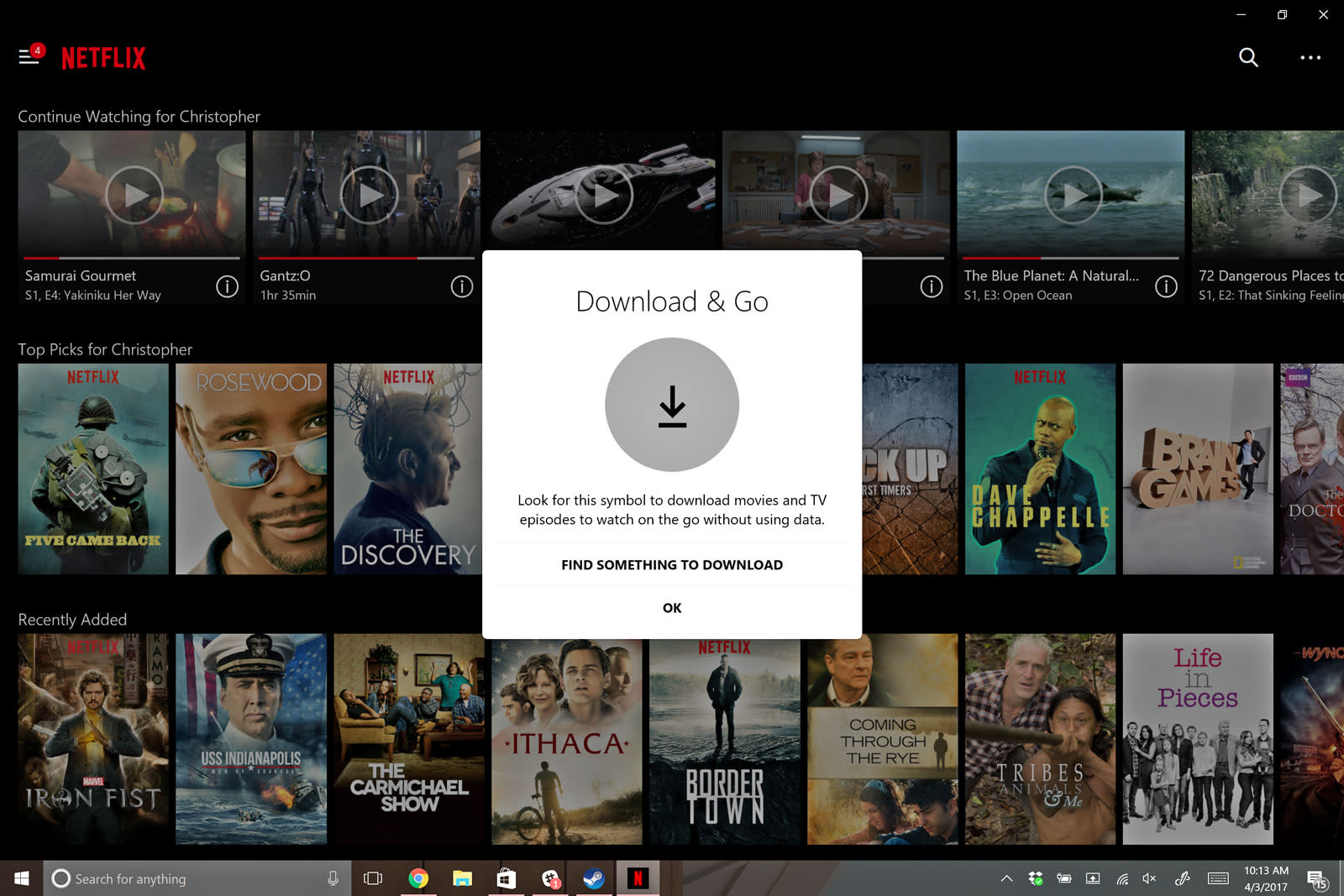 Android and iOS users have been able to download content from Netflix since late last year, but the service's Windows apps conspicuously lacked the feature. Well, that's starting to change. Windows Central reports that the Netflix app for Windows 10 PCs now has the ability to download certain titles for offline watching — just hit up the Windows Store and get that update going.

As usual, the list of stuff you can save for your next flight skews pretty heavily toward Netflix's own lineup, but that's more broad than some would think. I, for instance, never expected to fall in love with the eminently addictive Terrace House. The assortment of non-Netflix originals is fairly healthy, too: there are plenty of BBC documentary series available (especially if you like animals), not to mention every episode of The Office and My Crazy Ex-Girlfriend.

Given Windows' global popularity, it's not hard to look at today's update as a push for greater relevance overseas. After all, desktops and laptops often can't be found without stable internet connections nearby, and Netflix is itching to expand its reach to wherever it can find a screen and some extra bandwidth. Unfortunately, there's no word on when the feature will go live for the Windows 10 Mobile and Xbox Netflix apps. Here's hoping the mobile version is only taking a little longer because it's getting a Continuum-friendly reboot — what's the point in being able to hook up a Lumia 950 to a bigger screen if you can't kick back and make fun of Iron Fist?

In this article: av, download, entertainment, gear, netflix, offline, streaming, streamingvideo
All products recommended by Engadget are selected by our editorial team, independent of our parent company. Some of our stories include affiliate links. If you buy something through one of these links, we may earn an affiliate commission.