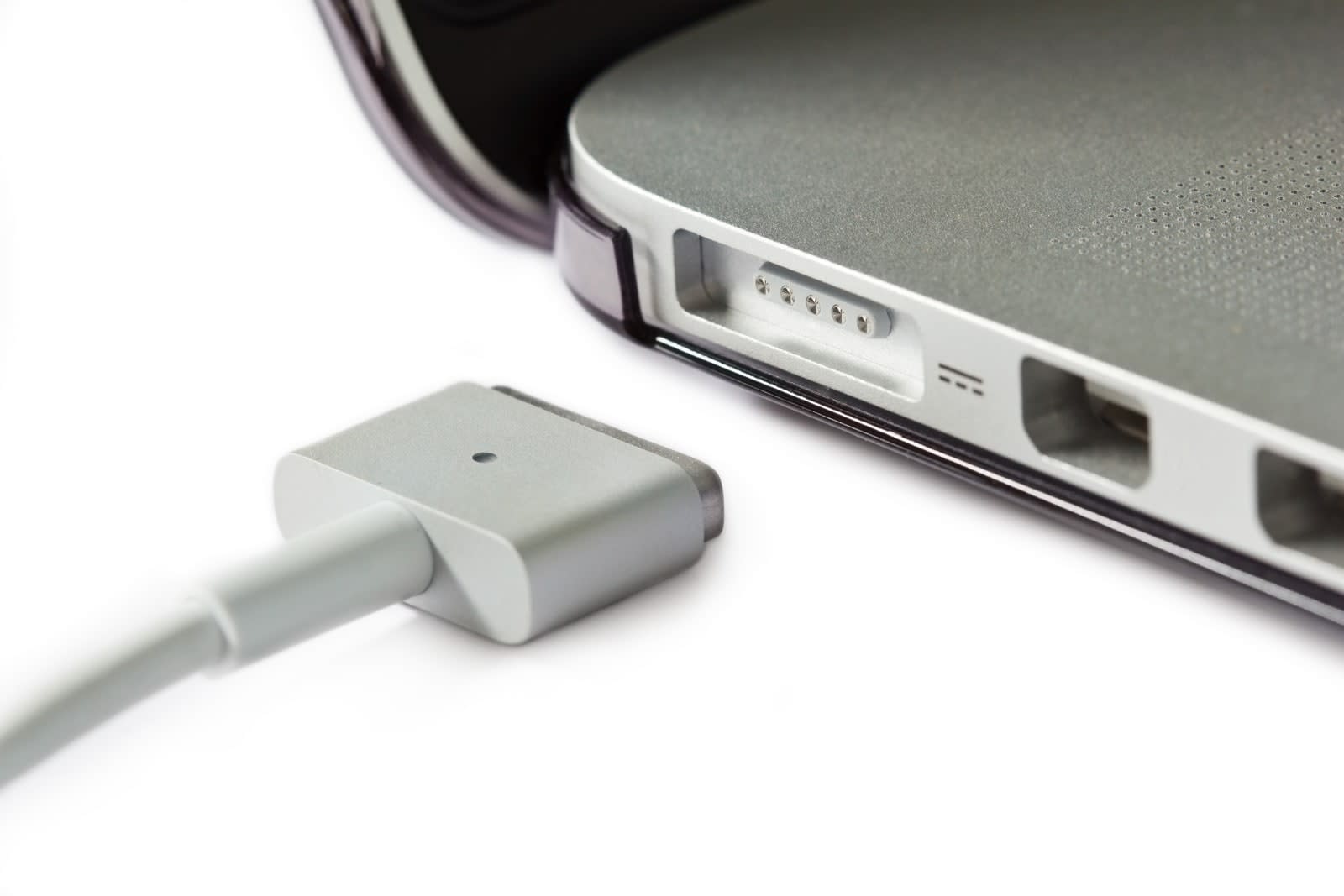 Dongles are a sad part of life for new MacBook Pro owners: The 2016 laptops infamously replaced all of its ports with USB-C, except for the headphone jack. So, it's going to take a lot of adapters to make your existing peripherals compatible with your new machine. This means the MagSafe breakaway charging cable has been phased out, but Apple may be working on a solution to keep it alive. As The Verge notes, the company filed a patent for a MagSafe to USB-C adapter last year, and it was just published a few days ago. Since this is only a patent, this doesn't mean Apple will definitely release the adapter. That said, the backlash to the USB-C-only laptops makes it entirely possible we'll see it in Apple Stores in the near future. It's yet another MacBook adapter, yes, but at least it's not a full-sized dongle: Based on the patent images, it looks like more of a nub that doesn't appear to protrude more than an inch from the side of the laptop.

Regardless of whether Apple's adapter ever comes to fruition, users who want a breakaway charging solution for USB-C-powered devices are being taken care of. Last year, Griffin introduced a magnetic USB-C cable and adapter that functions very much like a MagSafe cable. An all-USB-C MacBook might be a drag, but at least there are options to keep your laptop from crashing to the floor in the event of a charging cable accident.

In this article: adapter, apple, gear, magsafe, patent, personal computing, personalcomputing, usb-c
All products recommended by Engadget are selected by our editorial team, independent of our parent company. Some of our stories include affiliate links. If you buy something through one of these links, we may earn an affiliate commission.