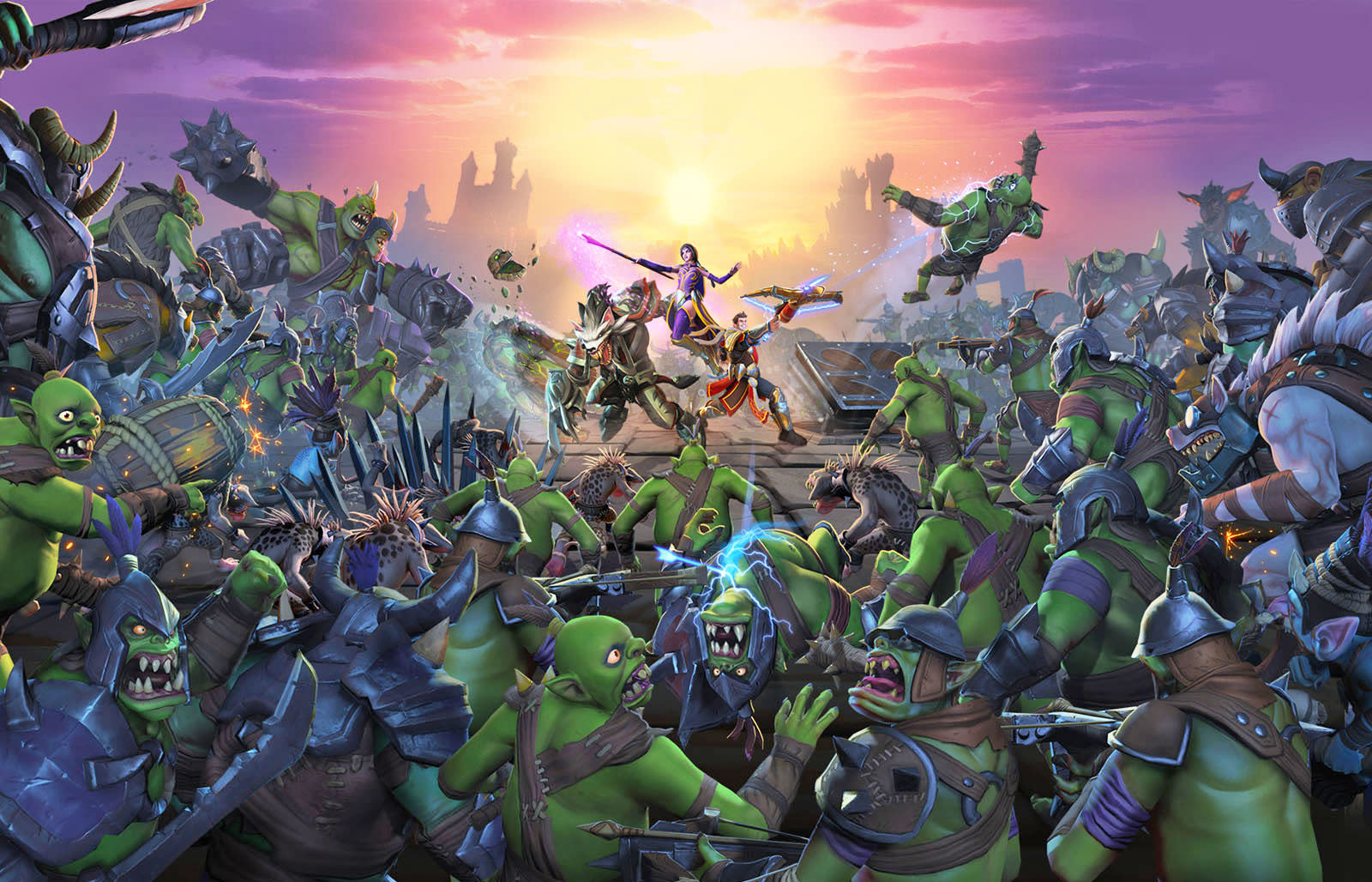 Robot Entertainment is finally ready to launch its latest PC game, Orcs Must Die: Unchained. The title, which has been in an open beta since last year, arrives on April 19th with a new head-to-head mode called "Sabotage." The veteran team of ex-Halo Wars developers foreshadowed the feature last year, after first trialing a MOBA concept with tower-defense elements. "One of the things that's important to me is to maintain our humor and our feel," designer Jerome Jones said at the time.

As such, it returned to the formula that first brought the game success, namely map questing and Orc murder via combat and traps. The Sabotage mode, meanwhile, introduces head-to-head play, letting two teams of three players fight in a multiplayer battle (see a video explaining the mode, below).

In brief, both teams fight off hordes of computer-spawned orcs, but your teams' actions can impact your rivals. You can also send bosses, spells and other weapons to mess with their defenses more directly. Whichever team is still standing at the end wins.

Robot's aim with the new mode is not just to get back to the game's roots, but introduce a way to make it more eSports ready. The two-team, head-to-head mode should accomplish that, and possibly bring tower defense games onto the mainstream circuit, provided that the developer can work out a deal with leagues and teams.

Orcs Must Die! Unchained comes to PC on April 19th for free off of Steam, as mentioned. In the meantime, Robot is running an Orc Week sale, letting you get other Orcs Must Die! games and DLC for up to 90 percent off. If you'd rather play Unchained on a console, a PS4 game is in the works with a release coming later this year.

In this article: av, gaming, Head-to-head, OpenBeta, OrcsMustDieUnchained, Release, video
All products recommended by Engadget are selected by our editorial team, independent of our parent company. Some of our stories include affiliate links. If you buy something through one of these links, we may earn an affiliate commission.