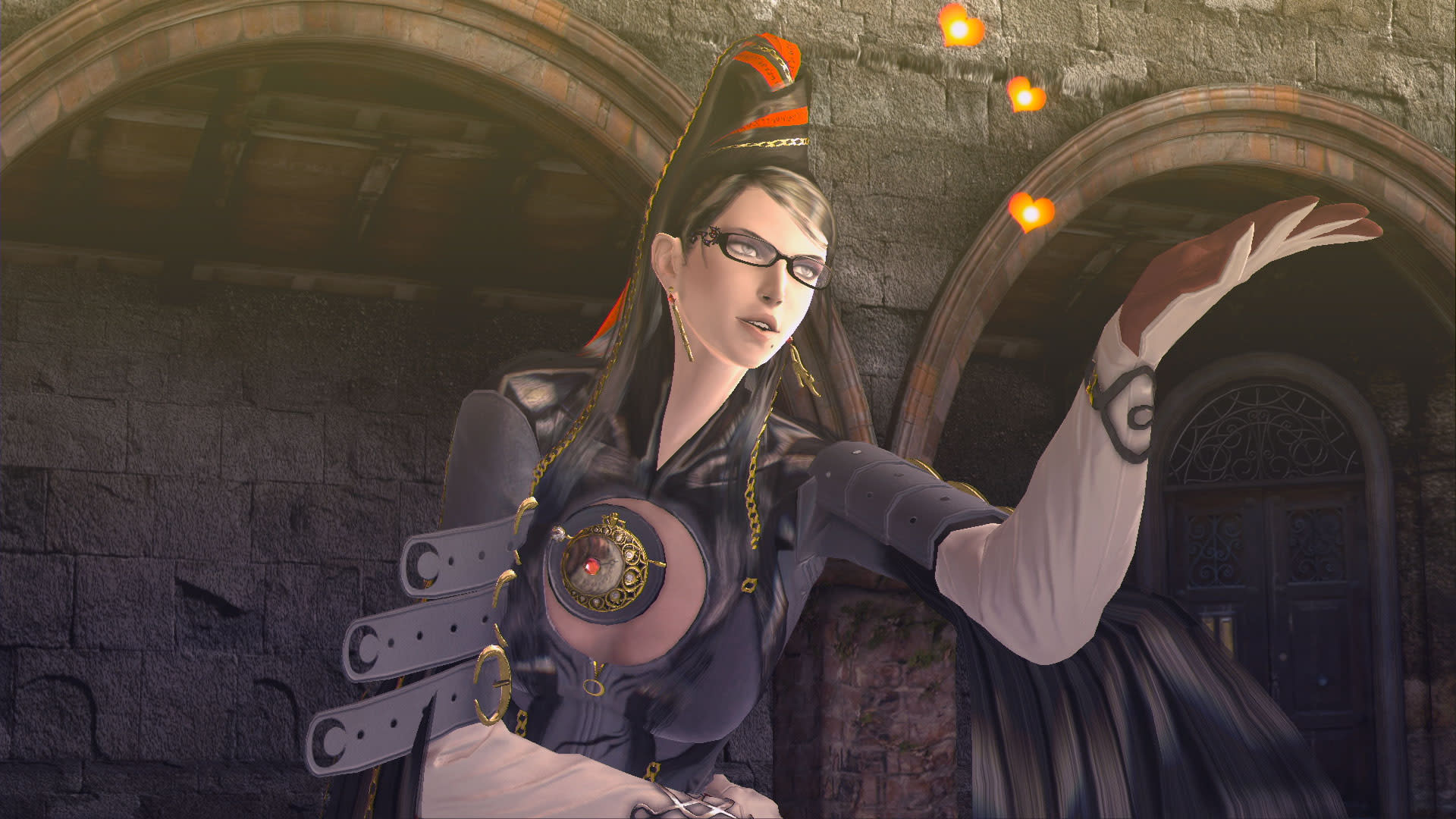 After years of feverish fan demand, PC gamers can now finally play Bayonetta. Arriving on Steam today with 4K support and advanced graphics options, Sega's critically acclaimed action classic now looks better than ever before. In a bid to entice those who already own the game, Sega will also be giving buyers the Digital Deluxe Edition at no extra cost until April 25th. This (normally) pricier edition boasts a five-song soundtrack sampler as well as a digital artbook and exclusive wallpapers and avatars.

For the uninitiated, Bayonetta is a fast-paced and brilliantly bizarre hack-and-slash that sees players summoning demons from its heroine's hair. Developed by Platinum Games, the project was concocted by Hideki Kamiya - the legendary director behind Devil May Cry and Resident Evil 2. Bayonetta's bizarre mix of satisfying combat and completely unsubtle innuendo soon won it a devoted following, but unfortunately, the game failed to sell enough for Sega to fund the sequel. Luckily for fans, Nintendo stepped in and coughed up the cash for Bayonetta 2, releasing the highly acclaimed game in 2014 on the ill-fated Wii U.

While the idea of playing Bayonetta at 4K may cause some fans to have their own Umbran Climax, Platinum's last PC port didn't fare too well. When its recent PS4 action RPG Nier: Automata arrived on PC shortly afterward, the shoddy desktop version left many players feeling short-changed. Still, with Bayonetta arriving on PC seven years after its console debut, let's hope that the lengthy wait has yielded better results.

In this article: av, Bayonetta, gaming, PcGaming, sega, steam
All products recommended by Engadget are selected by our editorial team, independent of our parent company. Some of our stories include affiliate links. If you buy something through one of these links, we may earn an affiliate commission.