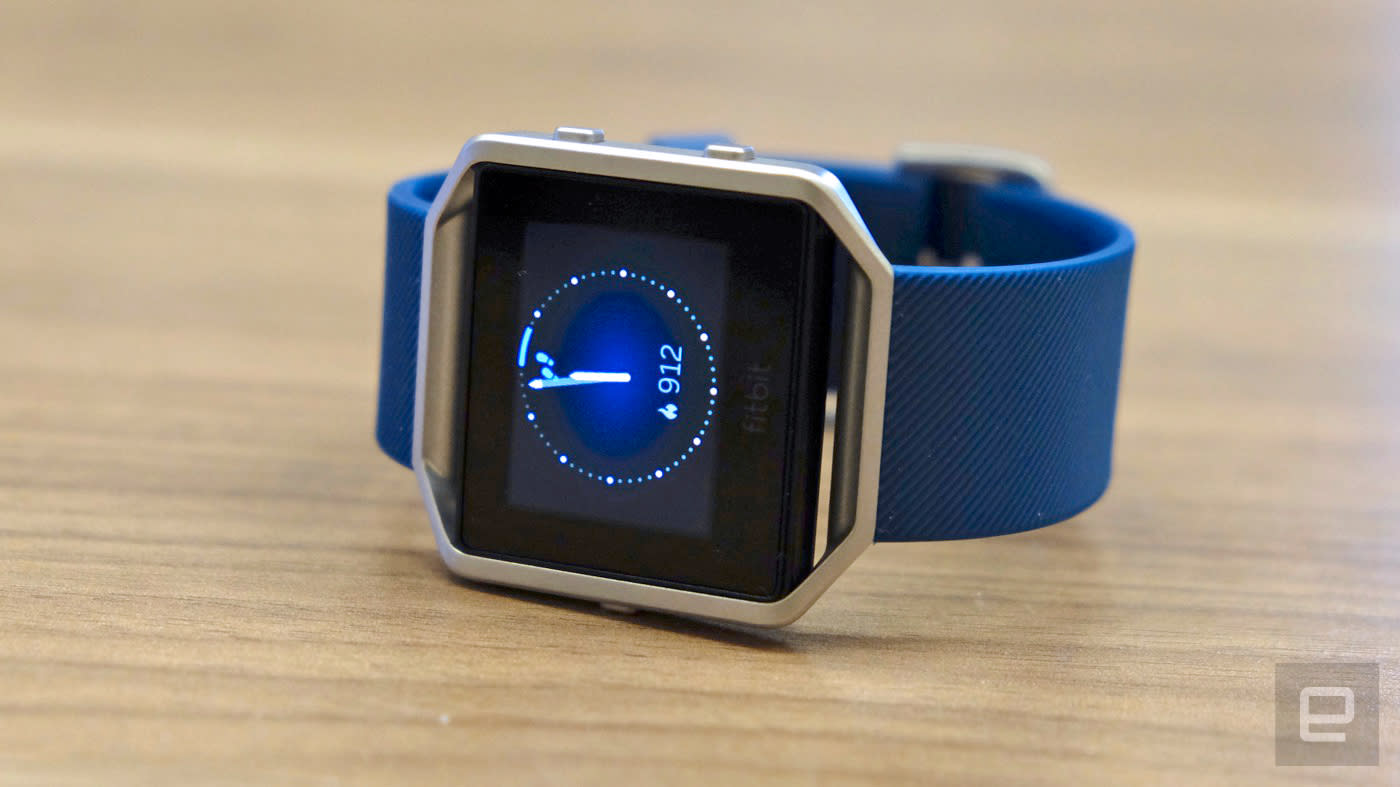 Ever since Fitbit introduced its Blaze fitness watch at CES 2016, there's been talk about the company building a "true" smartwatch. That conversation only intensified when Fitbit bought Pebble; its CEO confirmed such a product was in the works this past January. It looks like the mythical Fitbit watch might not be coming any time soon, though: Yahoo Finance is reporting that the product is plagued with production issues that'll push its planned launch back from this spring to the fall.

Specifically, it sounds like problems with the watch's GPS unit forced the Fitbit team to basically start from scratch. The antenna placement was such that the device couldn't get a strong signal -- a pretty big miss for a fitness product. The report also claims that Fitbit had problems waterproofing the device, another feature it'll need to match up with the Apple Watch Series 2. Indeed, it sounds entirely possible the watch will launch without waterproofing altogether.

Yahoo Finance also has a few more details on what to expect from the watch when it eventually launches. It'll include the aforementioned GPS for tracking workouts as well as NFC for mobile payments. The latter feature likely will come from Fitbit's purchase of Coin last year. The watch should also work with Pandora to let you store songs directly on it so you can listen to tunes without your phone, and Fitbit is rumored to be building its own wireless headphones to go with the watch. Perhaps the most notable feature is the rumored battery life of four days, something that exceeds just about every other smartwatch out there. Naturally, Fitbit is said to include swappable watch bands as well.

This all should be taken with a grain of salt, but it's obvious that the company is working on its own vision of a smartwatch -- the question is whether or not they can fix these issues and get the watch on the market before having to contend with whatever Apple has coming up next. And with the company going through some turmoil and layoffs recently, there's no doubt Fitbit needs a hit.

In this article: fitbit, fitbitsmartwatch, gear, smartwatch, wearables
All products recommended by Engadget are selected by our editorial team, independent of our parent company. Some of our stories include affiliate links. If you buy something through one of these links, we may earn an affiliate commission.