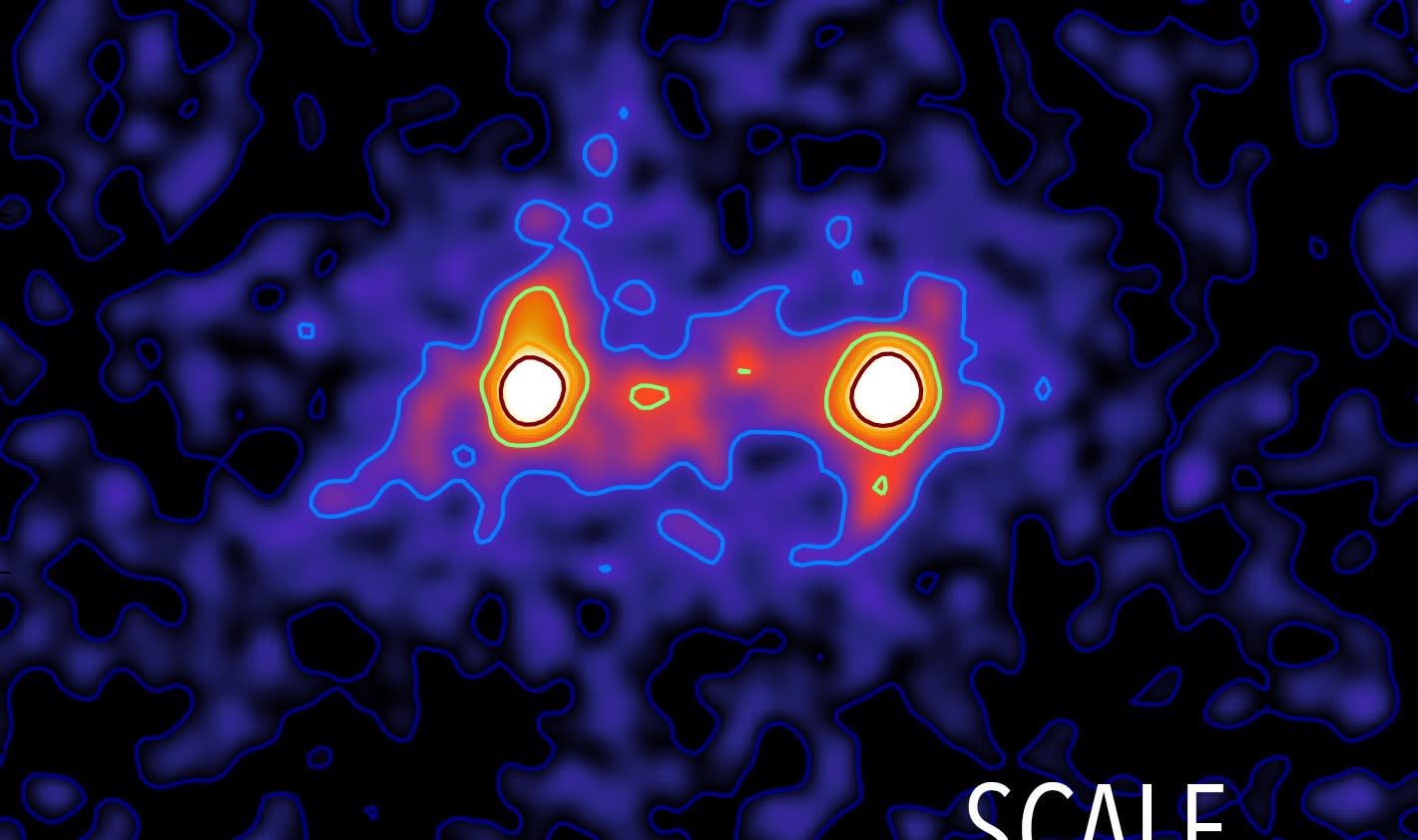 See that image above? The one that looks like a cosmic rorschach test? That's the first composite image of a dark matter web that stretches between galaxies, according to a paper published in Monthly Notices of the Royal Astronomical Society.

For decades, scientists predicted that dark matter -- a substance that's largely undetectable because it doesn't shine, absorb or reflect light -- served as a bridge between galaxies. And, apparently, they were right. The composite image suggests that dark matter is basically the glue that holds the universe together. "This image moves us beyond predictions to something we can see and measure," said Mike Hudson, a professor of astronomy at the University of Waterloo, in a statement.

The Waterloo researchers used a technique called weak gravitational lensing to create the composite. It's an effect that causes images of distant galaxies to warp slightly when an unseen mass such as a black hole, or dark matter, is present. The composite is made up of more than 23,000 galaxy pairs located 4.5 billion light-years away. "By using this technique, we're not only able to see that these dark matter filaments in the universe exist, we're able to see the extent to which these filaments connect galaxies together," said Seth Epps, the paper's co-author and a master's student at the University of Waterloo at the time. Hmm, a mysterious substance that binds the galaxy together. Where have we heard that before?

In this article: composite, DarkMatter, image, science, space
All products recommended by Engadget are selected by our editorial team, independent of our parent company. Some of our stories include affiliate links. If you buy something through one of these links, we may earn an affiliate commission.