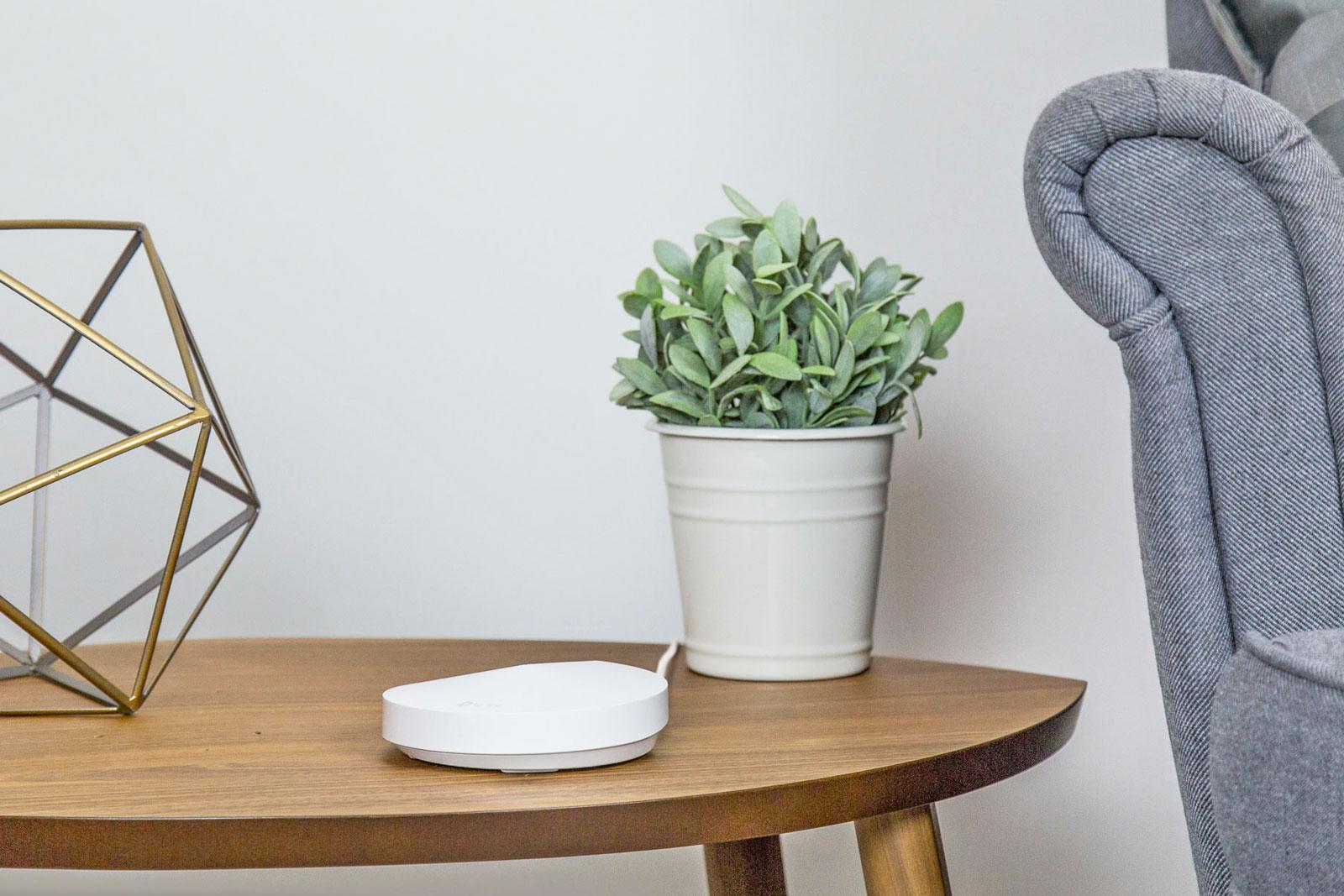 Mesh networking is a pretty big trend in home WiFi these days. Google, Netgear, Plume, Eero and Linksys are all current offering routers that make it super simple to add another router and expand your WiFi coverage, and now TP-Link is getting in on the action. The "Deco M5" system consists of three access points for your WiFi-enabled devices to switch between, depending on which one is offering the best speeds at any given time.

TP-Link says that the Deco M5 three-pack should be sufficient to cover 4,500 square feet, so most people will get by just fine with that standard configuration. But should your abode be truly palatial, you can link up to 10 access points together. Naturally, the Deco M5 is a dual-band system using the AC1300 wireless standard; it's capable of hitting max speeds of 400 Mbps on the 2.4GHz band and 867 Mbps on the 5GHz band.

The Deco software lets you prioritize specific services or devices, as well -- so if you want to make sure streaming video comes through as fast as possible, you can set that up in the app. TP-Link says that the Deco mobile app for iOS and Android will let you set everything up with minimal fuss. We're hoping that's true; historically, most router companies have paired their devices with horrible software, making setup and management of a wireless network a nightmare for most normal people. But Google and Apple have both pushed things forward on that front in recent years, so hopefully that'll be the case with the Deco system as well. TP-Link's website has a few shots of the app, and it looks to be a pretty straightforward and intuitive piece of software -- but we'll have to reserve final judgement until we try it for ourselves.

The Deco M5 three-pack is available now for $299; that puts it in line with a Google WiFi three-pack and will save you cash over Linksys's offering. The good news for potential customers is that mesh networking options are becoming more and more commonplace, so hopefully prices will start declining a bit as all the players scramble to get your dollars. And if you don't trust newcomers to the space like Google and Eero, TP-Link's long history of solid networking products should help ease your mind.

In this article: deco, decom5, gadgetry, gadgets, gear, homenetworking, mesh, meshnetwork, meshwifi, tp-link, wifi
All products recommended by Engadget are selected by our editorial team, independent of our parent company. Some of our stories include affiliate links. If you buy something through one of these links, we may earn an affiliate commission.