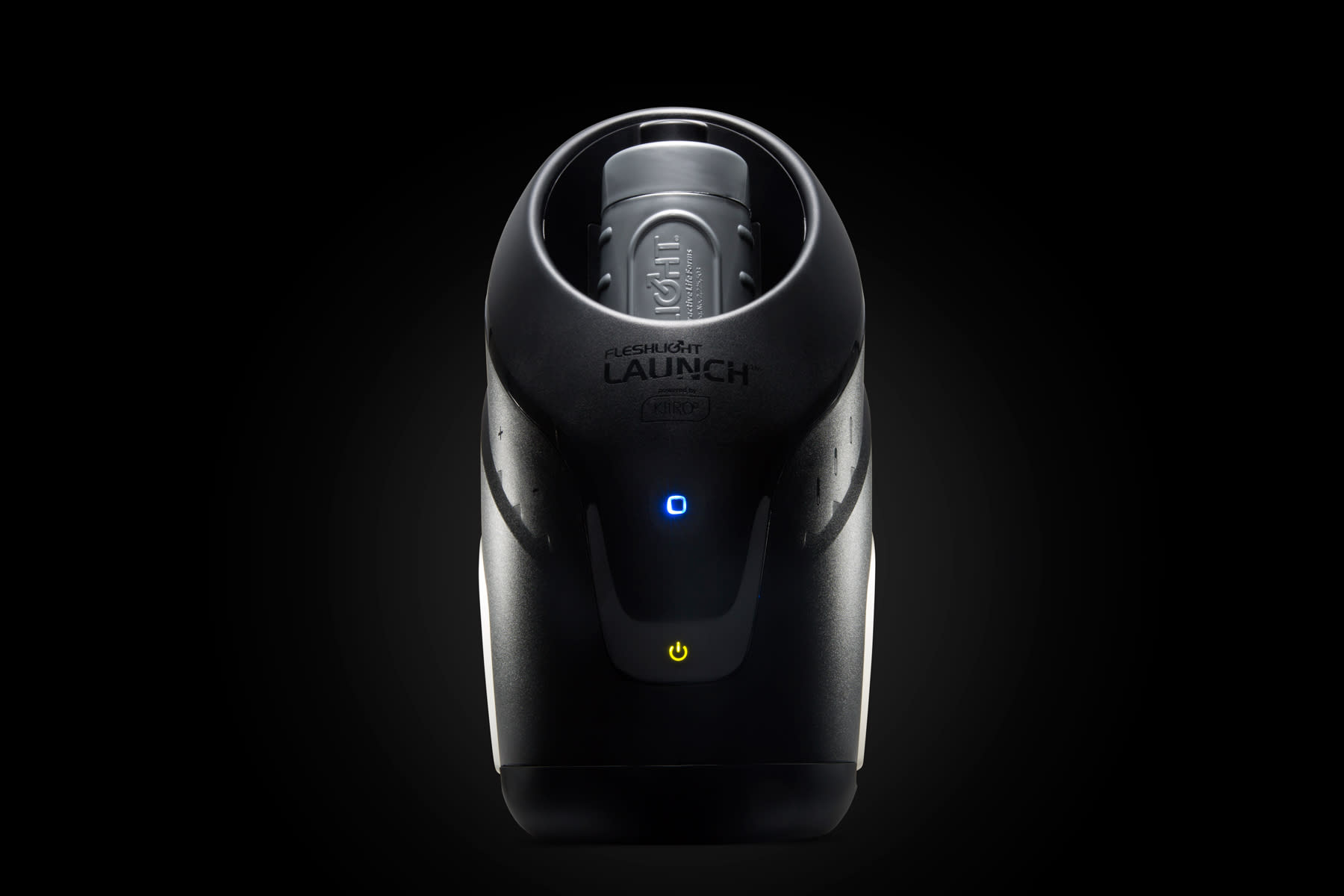 And I’m not talking about myself

As a kid, I suffered from phimosis, an overtightening of the foreskin that required medical circumcision to correct. The procedure is common in the US but, for me, the knock-on effect was dramatically reduced sensitivity. On one hand, it's great for stamina, because the amount of stimulation you need to get going means you'll always be coming last. But it means that sex (and everything else) can sometimes be painful, prolonged and unfulfilling.

This quirk of my biology means that some of the sex toys I've tried have done nothing for me. I threw a lot of opprobrium toward Kiiro way back in 2015 when I reviewed its teledildonic sex kit. For the uninitiated, teledildonics is technology that enables you to have sex while on opposite sides of the internet. The Onyx male masturbator, which came with a Fleshlight-branded internal sleeve, did nothing for me despite prolonged and aggressive use. Not to mention that the whirring and clanking the device made while in use made the whole thing more like a child's toy than a sex toy.

Two years later, Kiiroo is back with a new device and a stronger relationship with Fleshlight. The Fleshlight Launch, Powered by Kiiroo, is an enormous male masturbator that looks like a cross between a sci-fi arm cannon and the cleaning dock for a Braun shaver. Made with black ABS plastic and chrome-effect accents, it's the dashboard from an eighties mid-level sedan come to life with a newfound hunger for cock. In the older device, Kiiroo was responsible for everything but the latex sleeve that lined the inside of the Onyx. Here, the division of labor sees the Dutch startup cede control of the messy, sexy business to its partner, Fleshlight. The Launch itself, then, is just a glorified electric milking machine that you can pair with a smartphone over Bluetooth. All you have to do is screw in any standard-size Fleshlight and get to work, without the fear of risking forearm strain (yes, it is an issue).

In manual mode, the Launch simply operates as an up-and-down pump for you to sit back and enjoy while you hold it over your lap. It's so large that it requires two-handed operation, and there are capacitive touch sensors where your thumbs are naturally designed to fall. The sensors on the left control the speed of the stroke, up to 180 thrusts a minute, while the right controls each stroke's length.

I should add that none of this is a new idea. A while back, I profiled RealTouch Interactive, a company that built this same device some years ago. That firm, too, devised a connected vibrator-and-masturbator pairing that enabled users to watch movies that synced with the action. In addition, the company offered a "digital brothel," enabling webcam performers to provide sexual services through the internet using the platform. All of that can be done here, too, although there's no indication that Kiiroo or Fleshlight will run the platform itself.

For the purposes of the review, the company sent me a Launch, as well as a Fleshlight that was modeled on the genitals of adult performer Dillon Harper. The first company offering adult movies that sync with the hardware is FeelMe.com, which made four clips available to test -- two straight and two gay. Suitably lubed up, I went through the easy, yet opaque, process for setting up the device and got to work.

There were a few seconds when Eden would look into the camera and meet my eyes, and I felt that pang of genuine connection. Those moments were brief, however, and the pair would go back to joylessly kissing each other or mechanically pumping the genital in front of them. The video included moments of edging, where Eden would halt the action to drag out the session and heighten the tension. That, I'm sure, is great for most people, but if you're missing a chunk of your nerve endings, you don't need a fucking rest stop.

After I'd watched the first clip in full, I scrubbed through the next three in the hope of finding something that would enable me to finish. Unfortunately, it wasn't going to be my day, and after about 20 minutes I decided to re-lube and double down by watching the original film again. It was fun, for sure, and an enjoyable experience, but I wound up spending 40 minutes inside the device without ejaculating. Unlike last time, however, this wasn't the Launch's fault, but a problem with the content.

Whether in 2D or VR, the sort of films that are going to obviously suit the Launch are within a very narrow genre. Specifically, if you're using a Bluetooth male masturbator, the films that pair best are going in the hand-job or vanilla-sex categories. If, like me, your tastes are more esoteric and unconventional, then you're always going to be left unsatisfied by the mainstream content on offer.

You will need to be careful, because at higher intensities, this thing will smash against your balls.

So, after hunting around for a clip that I actually enjoyed -- the details of which shall remain private -- I switched it into manual mode. It's probably worth mentioning here that there is something gently ridiculous about holding this massive 4.4-pound machine over your pelvic bone. And it is massive, standing 12.5 inches tall and 6.5 inches deep (320mm x 167mm deep), whirring away like a digger as its driver falls asleep at the wheel. It's also worth saying that you will need to be careful, because at higher intensities, this thing will smash against your balls.

I came, by the way, because the extraordinary stimulation that the Fleshlight offers, coupled with the Launch's intensity, really does work. For that reason alone, it's a winner in my book, since it's rare that a sex toy can bring me off without additional help. It's one of the reasons I've always had a soft spot for Tenga's Egg, which enhances the natural experience without mechanizing it completely. It's also comforting to know that there is a digital toy out there that can make me come, because I was worried it would never happen.

Fundamentally, though, I'm a simple creature with simple needs, and the Launch satisfies them pretty damn well. It turns out that a milking machine with a Fleshlight screwed in is the most pleasurable robotic sexual experience I've ever had. The fact that it connects with Kiiroo's platform -- meaning you can connect with loved ones and paid performers all around the world -- is pretty exciting. Now that the hardware actually makes sense, and works, I'm much more confident about the future of teledildonics.

The Fleshlight Launch, Powered by Kiiroo, will set you back $200 once it is available, although the first batch of devices have already been sold out.