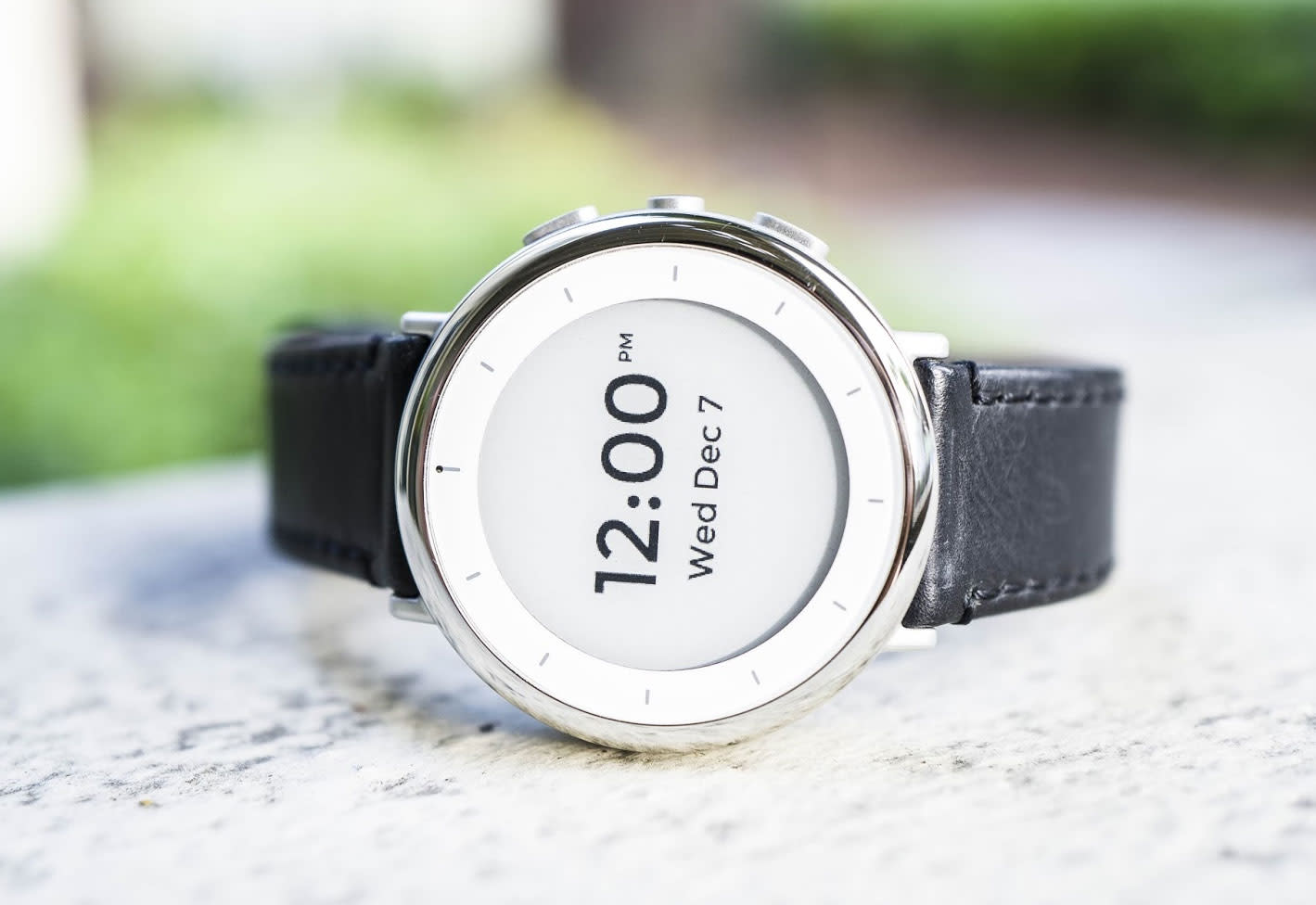 Google has made a smartwatch, but not the kind you might expect. Verily, the health organisation owned by Google parent company Alphabet, has (finally) announced its 'Study Watch' for medical research purposes. It doesn't run Android Wear, nor does it help you manage the notifications on your phone. Instead, it passively captures health data "critical to the success of continuous care platforms and clinical research," including heart rate, electrodermal activity (the skin's ability to conduct electricity) and body movement. It can also produce an ECG, a recording of the heart's electrical activity, which can sometimes reveal heart problems.

The Study Watch has a circular e-ink display which displays the date, time, and some basic instructions for the wearer. "No other information is provided back to the user," Verily says in a blog post. The simple interface is designed to maximise performance; the wearable can last a week on a single charge, and comes with "a powerful processor" to run important algorithms. There are no apps, or any other functionality normally associated with smartwatches. That means it can focus on capturing and storing raw data that will be useful for medical professionals.

"While numerous wearables exist in the market, we have a specific need outside of these offerings," Verily adds. The team hopes the watch will be deployed in large research groups and prove useful as an always-on, continuous health tracking tool. Initially, it will be used in a few smaller studies including the "Personalized Parkinson's Project," a multi-year project led by the ParkinsonNet, Radboud University and the Radboud University Medical Center in the Netherlands. Normally, Parkinson's patients would have their heart rate variability measured in a hospital -- now, the same tests can be run (in theory) anywhere, any time.

The health-focused Study Watch will also play a role in Verily's "Baseline" study, which aims to track 10,000 participants over five years. The results will, the company hopes, create a 'baseline' of health data that can be used to better understand ageing and disease. It's one of many ambitious Verily projects which include glucose-tracking contact lenses, nanoparticle pills for detecting cancer and heart attacks, and bioelectronic medicines. The Study Watch does, by comparison, sound like a more realistic endeavour, if only because Apple and Nokia -- which now owns Withings -- are making similar inroads with their respective smartwatch and health platforms.

In this article: alphabet, google, health, lifesciences, medicine, science, smartwatch, studywatch, verily, verilystudywatch, wearables
All products recommended by Engadget are selected by our editorial team, independent of our parent company. Some of our stories include affiliate links. If you buy something through one of these links, we may earn an affiliate commission.