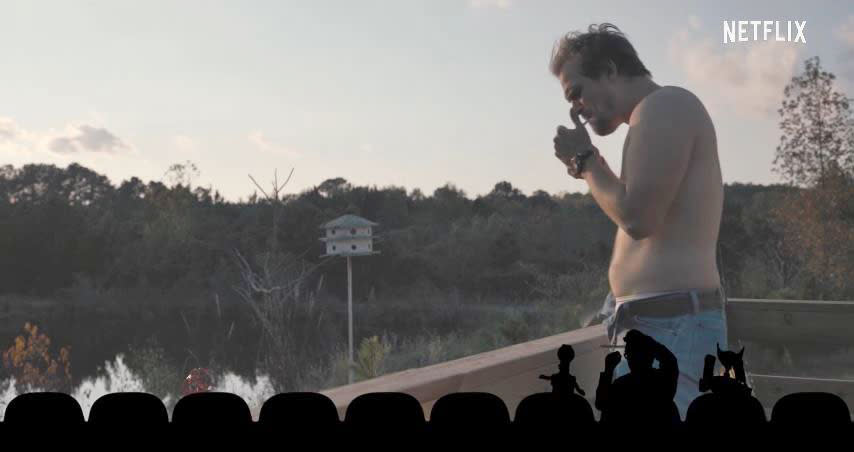 If you've been excited about the reboot of Mystery Science Theater 3000, you aren't alone: To celebrate the new season's debut yesterday, Netflix let the show's wisecracking trio take aim at its own hit series from last year, Stranger Things. While the video is sadly only a few minutes, it packs in all the observational comedy you've missed from your favorite damned-to-watch critical crew of Joel, Crow and Tom Servo.

Slapping around an 80s-throwback show is a great fit for MST3K, which started in 1988 on Comedy Central. It was cancelled and brought back on the Sci-Fi Channel before getting the final axe in 1999. But a crowdsourced revival in 2015 brought the series back on pop culture's radar at the perfect time for content-hungry streaming sources to plant some nostalgia in front of viewers.

Accordingly, Netflix snatched it up last July, and the new season, titled Mystery Science Theater: The Return, is live on Netflix. Just don't expect more riffs on modern popular films or series: The revival has stuck to its roots to pillory bad, bad movies from the 50s, 60s and 70s.

In this article: av, culture, MysteryScienceTheater3000, netflix, StrangerThings, streaming
All products recommended by Engadget are selected by our editorial team, independent of our parent company. Some of our stories include affiliate links. If you buy something through one of these links, we may earn an affiliate commission.