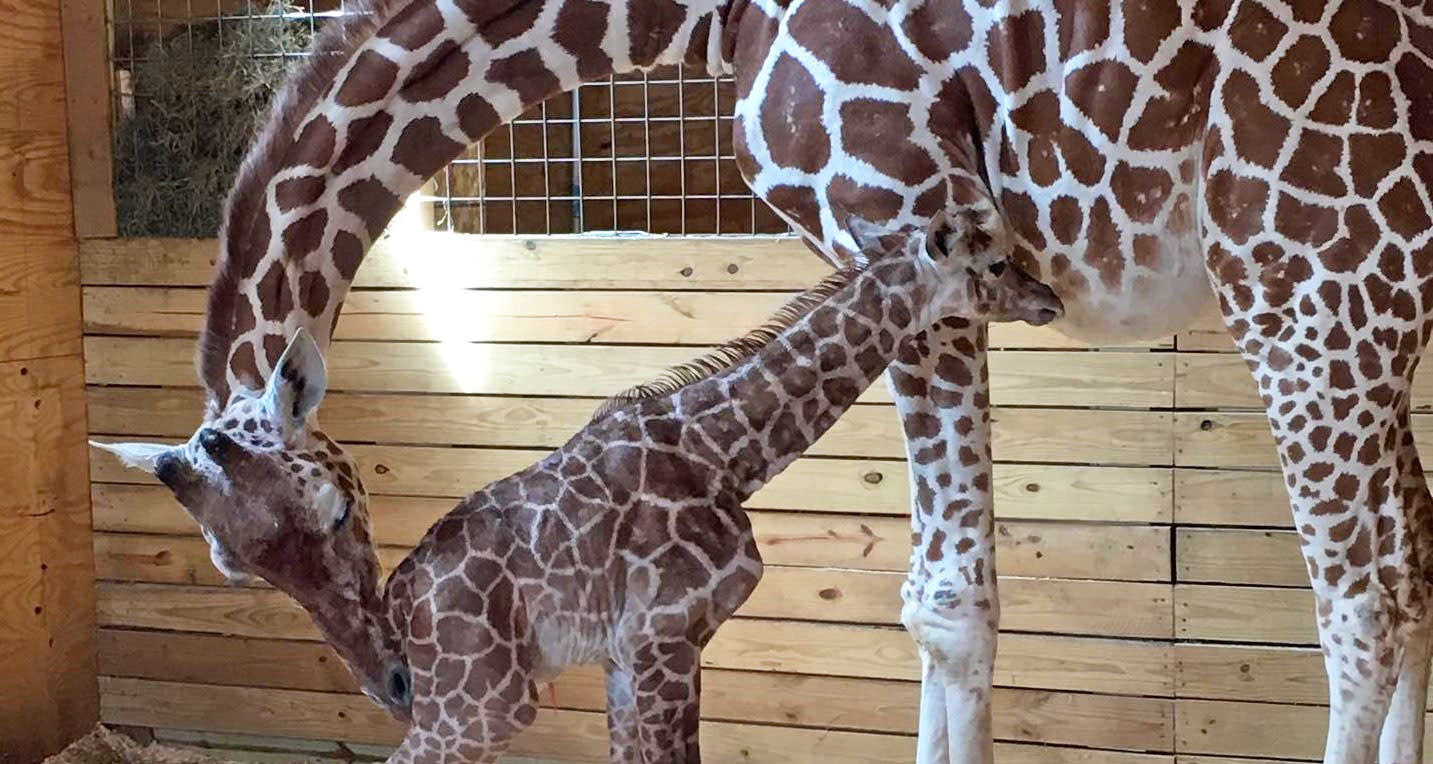 For weeks, animal lovers have been holding their breath in anticipation waiting for April, a 15-year-old giraffe at Animal Adventure Park in New York, to give birth. Well, the moment finally arrived last Saturday. April had a healthy baby boy, and millions of people turned to YouTube to watch.

Animal Adventure Park now is the second most live-viewed channel in the history of YouTube, the website reports on its official blog. That's kind of amazing considering the channel has only been around for about 66 days. It became the fifth fastest channel to 200 million views, a feat usually reserved for non-giraffe celebrities like Lady Gaga and Zayn. April's delivery had over 232 million live views and 7.6 billion minutes of live watch-time total, YouTube says. Saturday was naturally the channel's biggest day, with live views surging to over 14 million. More than 1.2 million people tuned in simultaneously at around 6:55 a.m. PST, making it one of the top five most-watched moments during a live event ever on YouTube.

So, if Animal Adventure is now the second most live-viewed channel in YouTube history, what's the first? A Google spokesman tells us it's the League of Legends esports channel. Not even the miracle of life can beat a good tower dive, apparently.

In this article: AnimalAdventurePark, ApriltheGiraffe, entertainment, google, internet, Livestream, youtube
All products recommended by Engadget are selected by our editorial team, independent of our parent company. Some of our stories include affiliate links. If you buy something through one of these links, we may earn an affiliate commission.