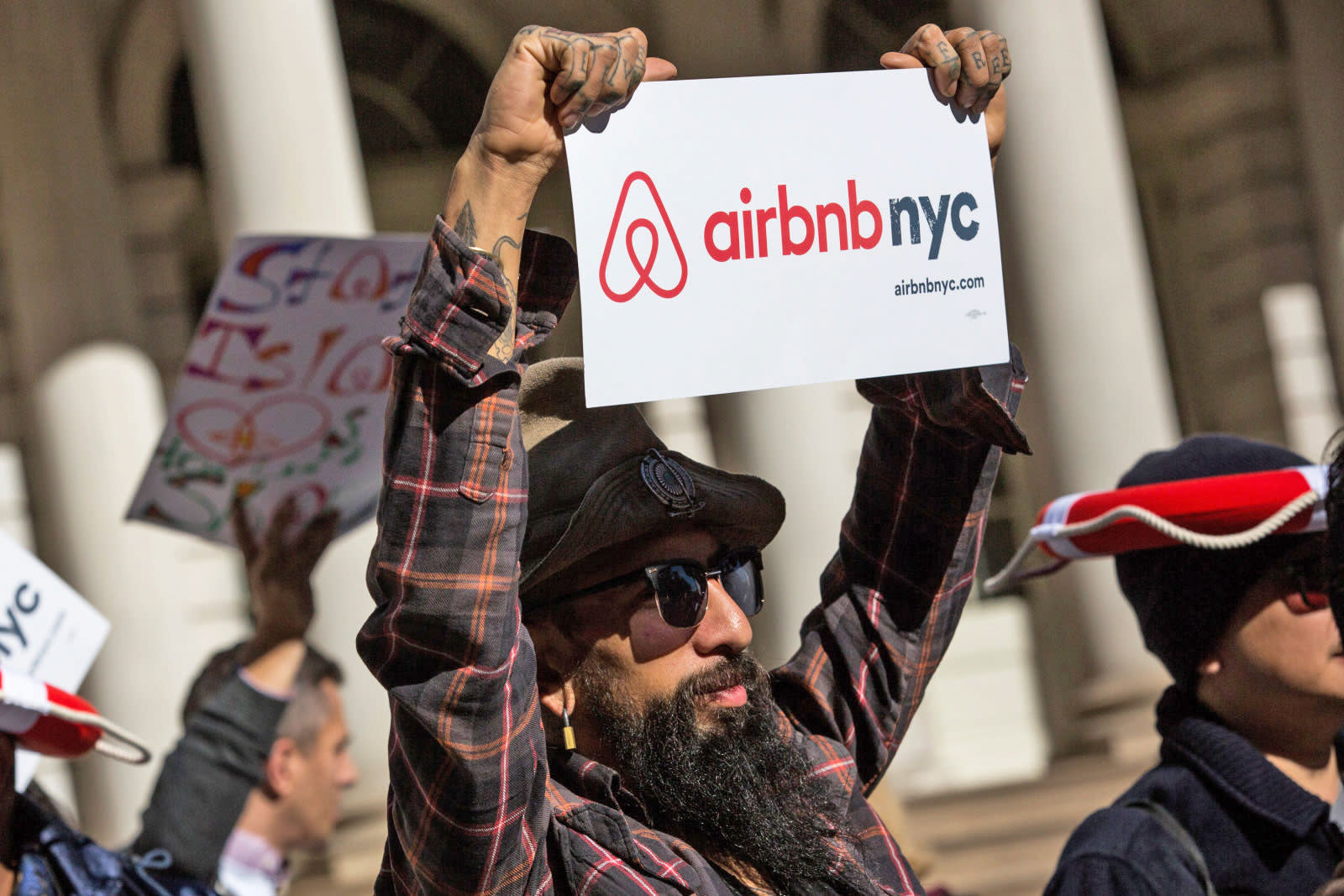 There's no doubt that the hotel industry hates Airbnb -- the home sharing service lures many would-be customers away through lower rates and the perks that come from staying in someone else's abode. So how does it fight back? By pushing the government to crack down. The New York Times has learned that the American Hotel and Lodging Association has been conducting a "multipronged, national" lobbying and research campaign to have politicians impose or toughen restrictions, selectively collect taxes and draw attention to the negative side-effects of home sharing. Reportedly, the AHLA is partly responsible for at least some of the higher-profile regulatory moves against Airbnb in the past year.

For example, the steep penalties in New York for running illegal hotels? You can partly chalk that up to lobbying the governor's office and state lawmakers. A letter Democrat Senators sent to the FTC "raising concerns" about Airbnb was reportedly the work of collaboration with the hotel association. And of course, the organization takes partial credit for laws and enforcement actions in cities like San Francisco. The group even takes a two-sided approach to taxes. It'll insist that Airbnb is evading lodging taxes in some cases, but will sometimes urge governments to avoid collecting taxes to give Airbnb an aura of illegitimacy.

The AHLA will also fund studies highlighting some of the issues (real or perceived) with Airbnb, such as the economic damage to hotels and communities. It even partners with affordable housing and neighborhood groups to channel their outrage.

Naturally, Airbnb is angry. It insists that the "hotel cartel" is conducting the campaign to make sure it can "keep price-gouging customers." To some extent, that's right. Hotels have had to lower their rates during peak travel periods thanks to Airbnb, and they really don't like having to compete against anyone with a guest room. However, some of the AHLA's actions are also addressing real concerns about services like Airbnb, such as the rise of illegal hotels that drive out residents and raise rental costs in the remaining apartments. It's not quite as simple as demonizing one side or the other -- just know that the home sharing legislation you see might be skewed by corporate cash.

In this article: airbnb, culture, government, homesharing, hotel, internet, lobbying, politics, services, travel
All products recommended by Engadget are selected by our editorial team, independent of our parent company. Some of our stories include affiliate links. If you buy something through one of these links, we may earn an affiliate commission.