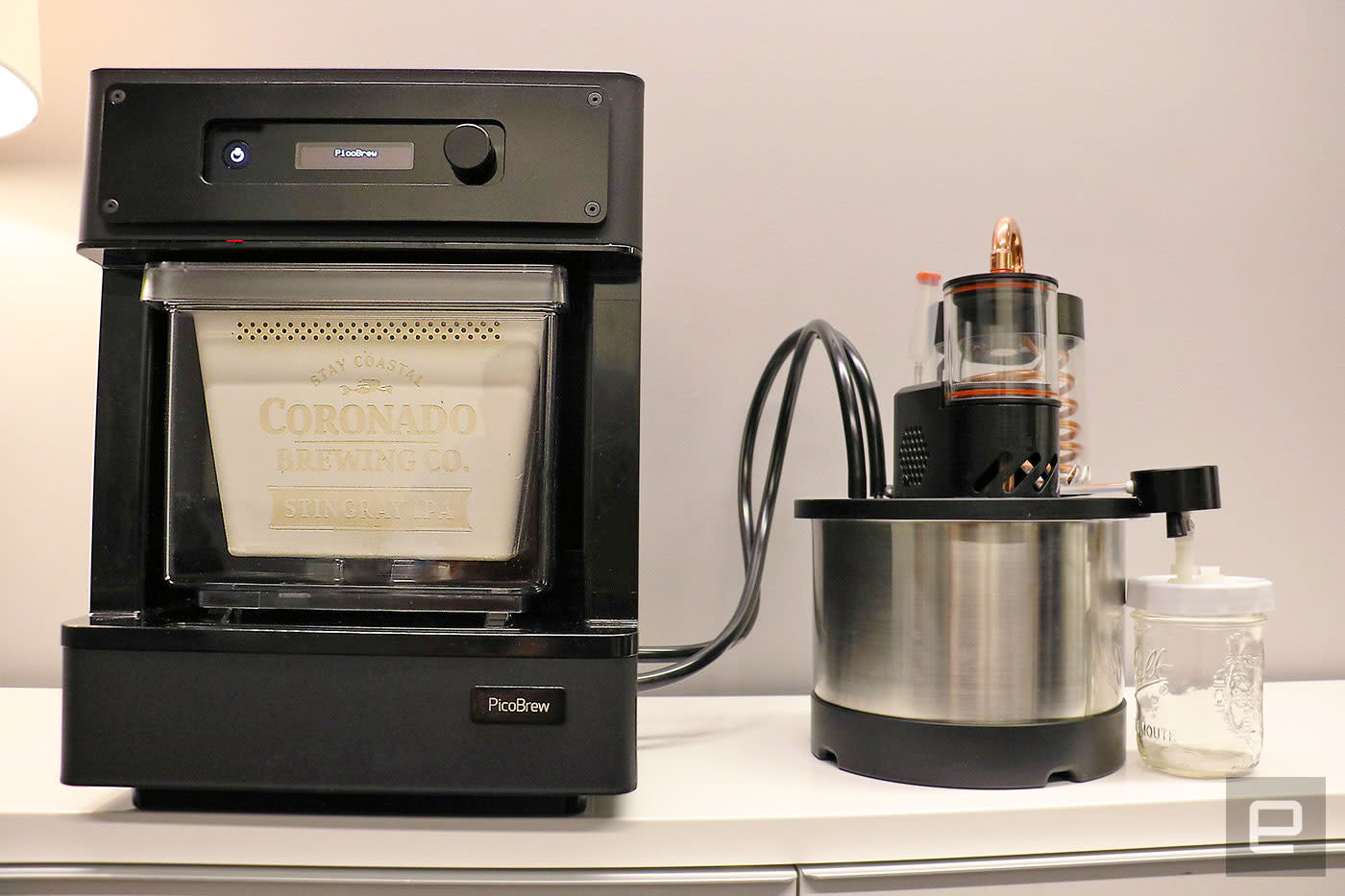 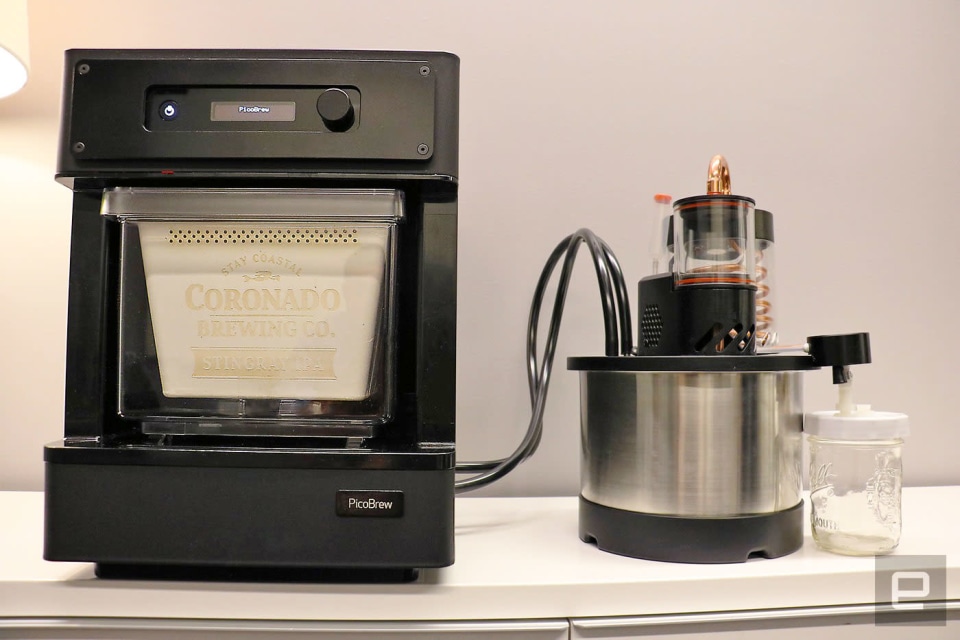 Picobrew has a new, cheaper countertop beer brewing system. That you already knew. But the company is now dipping its toes into distilling. The Picostill is an add on for the Pico Model C that turns that weird custom designed keg into a countertop distillery. Specifically it's a reflux still that uses vacuum distillation, which doesn't look as cool as a pot or column still, but makes far more efficient use of the space. Basically you clamp this crazy looking contraption to the top of the C Keg and whatever you put inside is vaporized, condensed and purified. There's even an infusion basket on top which is handy for creating hop oils, essential oils and even gin. (This is the point in the article where we have to pause and tell you to respect your local laws and ordinances regarding distilling spirits.)

The Pico itself heats water to the desired temperature and feeds it through a copper coil inside the keg. Brewing is all about temperature control, and that's doubly true for distilling. The coil heats whatever you've put in the keg, be it water or some sort of mash for making spirits. The vacuum inside keeps the evaporation point lower than normal, and the lack of an open flame means there's very little risk of igniting the alcohol vapors and turning your kitchen into nightmarish inferno.

A small vial on top collects the heads, or undesirable alcohol compounds that evaporate first which include traces of acetone and methanol, so that you get only the "hearts" in your collection vessel -- in this case a Ball mason jar.

Even if, legally, you can't distill your own whiskey because of local laws, Picobrew still thinks you'll have a use for the Picostill. Water chemistry can dramatically change the flavor of a beer, so brewing with distilled water can create a more consistent product. It's also handy for creating hop oils, which aren't always available to home brewers, and can be quite expensive. Hop oils let you quickly add a ton of hop character to a beer without worrying about introducing a bunch of particulate.

Perhaps the biggest selling point for the Picostill though, is the price... so long as you jump on it during the Kickstarter campaign. On its own the addon is $170 as a backer reward, but you can also get it packaged with the Pico C for $499. Even if it only makes beer and booze in very small batches, that a surprisingly good value. If you wait for the Picostill to hit retail channels though, it'll set you back $349.

In this article: alcohol, beer, brewing, CrowdFunding, distillation, distilling, diy, do it yourself, doityourself, essentialoils, food and drink, food-and-drink, foodanddrink, gadgetry, gadgets, gear, hands-on, home, homebrew, hopoil, kickstarter, kitchen, oil, pico, picobrew, picomodelc, picostil, video
All products recommended by Engadget are selected by our editorial team, independent of our parent company. Some of our stories include affiliate links. If you buy something through one of these links, we may earn an affiliate commission.