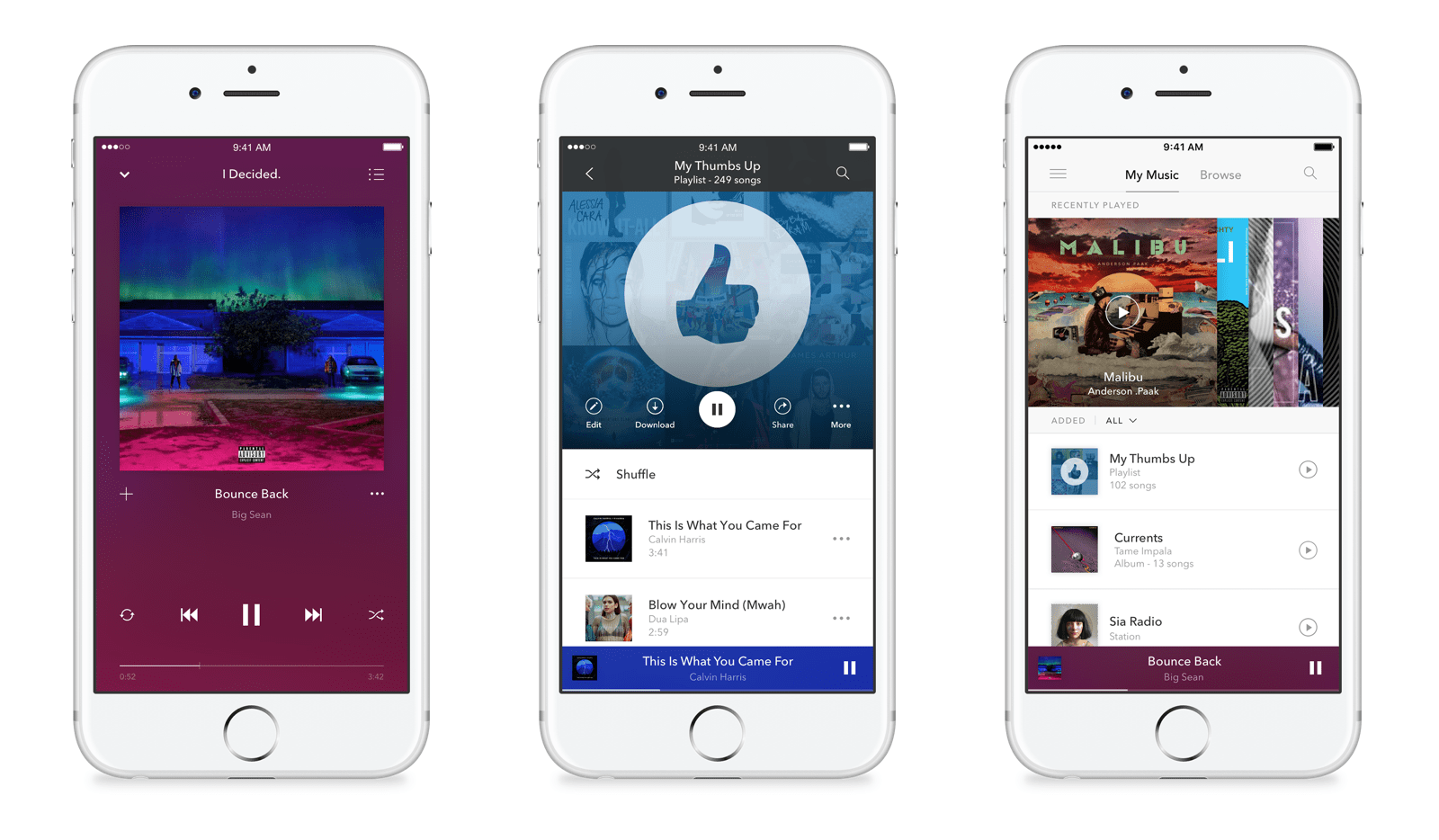 It's been just about a month since Pandora unveiled its attempt at building full-fledged, on-demand streaming music service. Aside from a handful of bugs, the big problem with Pandora Premium was that it was invite only. That's changing today: Pandora Premium is now available for anyone to try. Like just about every other streaming music service, it'll run you $9.99 per month and the app is available for Android and iOS (a web version of Pandora's on-demand service is coming soon).

If you didn't catch the news in March, Pandora Premium has a few notable features that set it apart from the competition. If you put a few songs into a playlist, the app will use Pandora's Music Genome Project to automatically add sonically similar tunes. If you've been using Pandora for a long time, it'll draw on your listening history and "thumbs-up" songs to build you custom playlists and recommend new releases that are tailored specifically to your music history. And from a design perspective, Pandora is one of the simplest and best-looking streaming music services I've tried. There are a number of kinks that need to be worked out, but there's enough good stuff going on in Pandora Premium that I'll be keeping an eye on it to see how the service improves over time.

Pandora's also putting some cash and big names behind its new service to make sure it doesn't get lost amidst Spotify, Apple Music and all the rest. The company's "Sounds Like You" campaign will feature 18 different artists including Big Sean, Gorillaz, Questlove, 2 Chainz, Halsey, Keith Urban, Maggie Rogers, Pitbull, Ziggy Marley and a bunch more. That's a lot of star power to throw behind its new service -- here's hoping that all the artists involved don't pull their music from other streaming services. While an ad campaign isn't generally all that exciting, Pandora did confirm that they'll be hosting exclusive "mixtapes" from each of the 18 artists involved in the campaign that feature the songs that have inspired them the most over the years. So if you want to know what drove Gorillaz to get as weird as they are, you'll want to tune in to these mixes.

If you're ready to give Pandora Premium a try, the company is offering either 30 or 60 days for free, depending on where you sign up. Signing up on Pandora's site will net you the longer free trial and lower monthly price, as the company charges more when you sign up inside the app itself -- thank Apple and its 30 percent cut from subscriptions for that. And if you've been paying for the $5 Pandora Plus service, you'll get a whopping six months of Premium at that same price point. Considering how much more you get with Premium, doing that is basically a no-brainer. Pandora hasn't tweaked anything else over the last month, but we should see the app get some tweaks and improvements in the coming months, as well.

In this article: entertainment, music, musicapp, pandora, pandorapremium, services, streamingmusic
All products recommended by Engadget are selected by our editorial team, independent of our parent company. Some of our stories include affiliate links. If you buy something through one of these links, we may earn an affiliate commission.