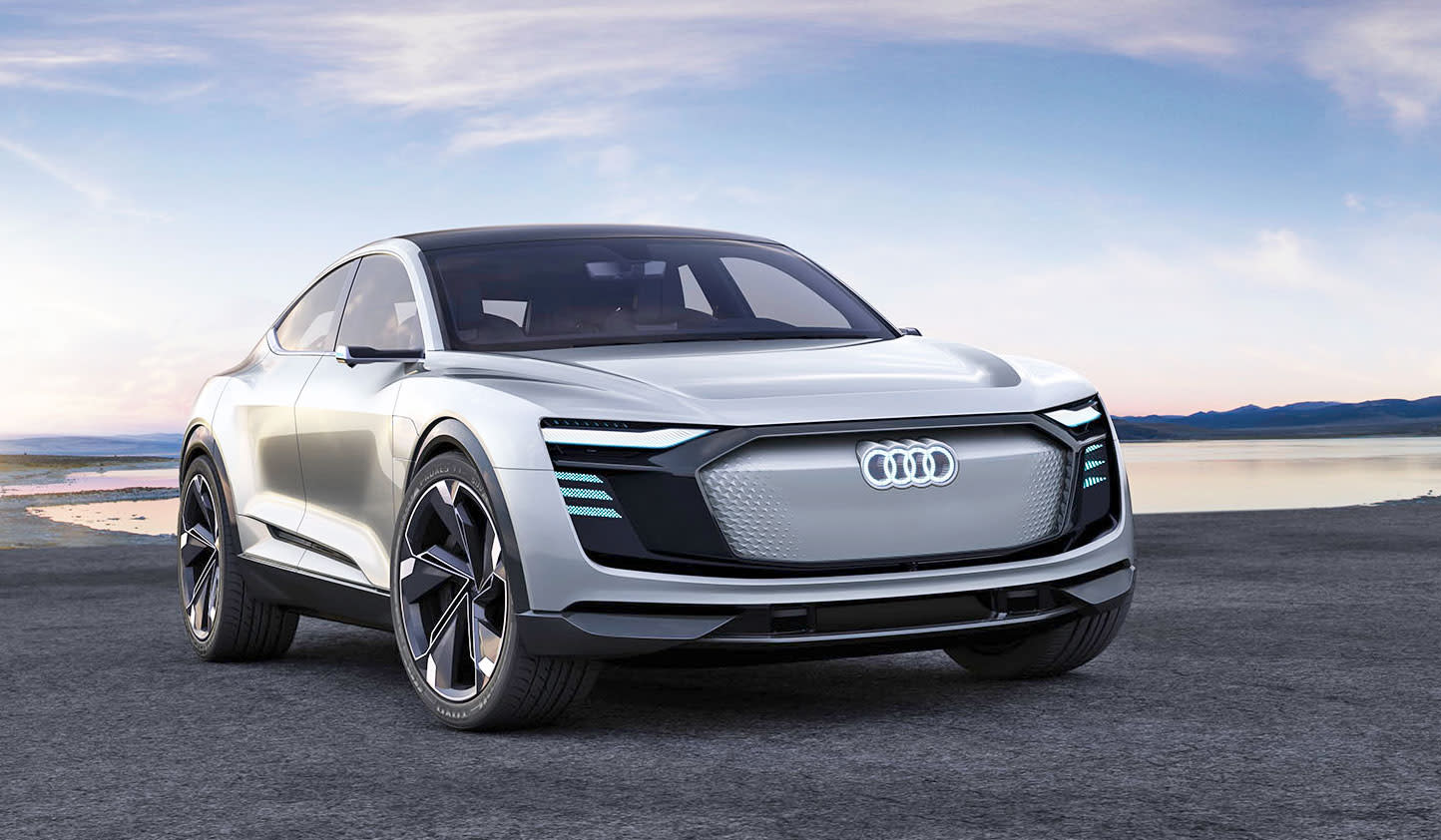 Audi's E-Tron electric car lineup isn't coming until next year, but in the meantime it's giving us a taste with the E-Tron Sportback Concept. It's debuting the electric SUV at the Auto Shanghai show in China, but it's not a flight-of-fancy show car. "Following close on its heels, in 2019 comes the production version of the Audi E-Tron Sportback," Audi Chairman Rupert Stadler said in a press release.

The upcoming EV has the looks and specs to take on Tesla's Model X. It can go 311 miles on a charge thanks to a liquid cooled 95-kWh lithium-ion battery, and has three electric motors with the equivalent of 429 horsepower (boostable to 496). That can take it from 0-62 mph in 4.5 seconds -- not as quick as Tesla's "ludicrous" 2.3 seconds for the Model S, but still stupidly fast. The EV has typical concept details like side cameras instead of mirrors, a front fascia that can project animations onto the road and hyper-imposing 23-inch wheels. The "functional, reductive" interior features futuristic touch displays on the center console, dash and even the doors to display the side-camera info. The styling screams "electric car" for owners who want to show off their green bonafides -- as the gallery shows, however, the original design sketches were even more outré.

Audi said the E-Tron Sportback's Shanghai debut is a nod to China being the world's largest EV market. "There are already about 150,000 charging stations in the country, with another 100,000 due to come on stream by the end of 2017," says Audi's Dietmar Voggenreiter. "In the next five years we will be offering five E-Tron models in China, including purely battery-powered vehicles with ranges well in excess of 500 km (311 miles)."

Given that Audi will launch the E-Tron Sportback for real in less than two years, expect the production model to look much the concept, minus things like the far-out interior, side cameras and massive wheels. We'd guess it'll be priced similarly to Tesla's Model X, but we'll have a better idea once Audi unveils its first E-Tron car sometime in 2018.

In this article: Audi, China, e-tronSportback, ElectricCar, EV, gear, green, transportation
All products recommended by Engadget are selected by our editorial team, independent of our parent company. Some of our stories include affiliate links. If you buy something through one of these links, we may earn an affiliate commission.