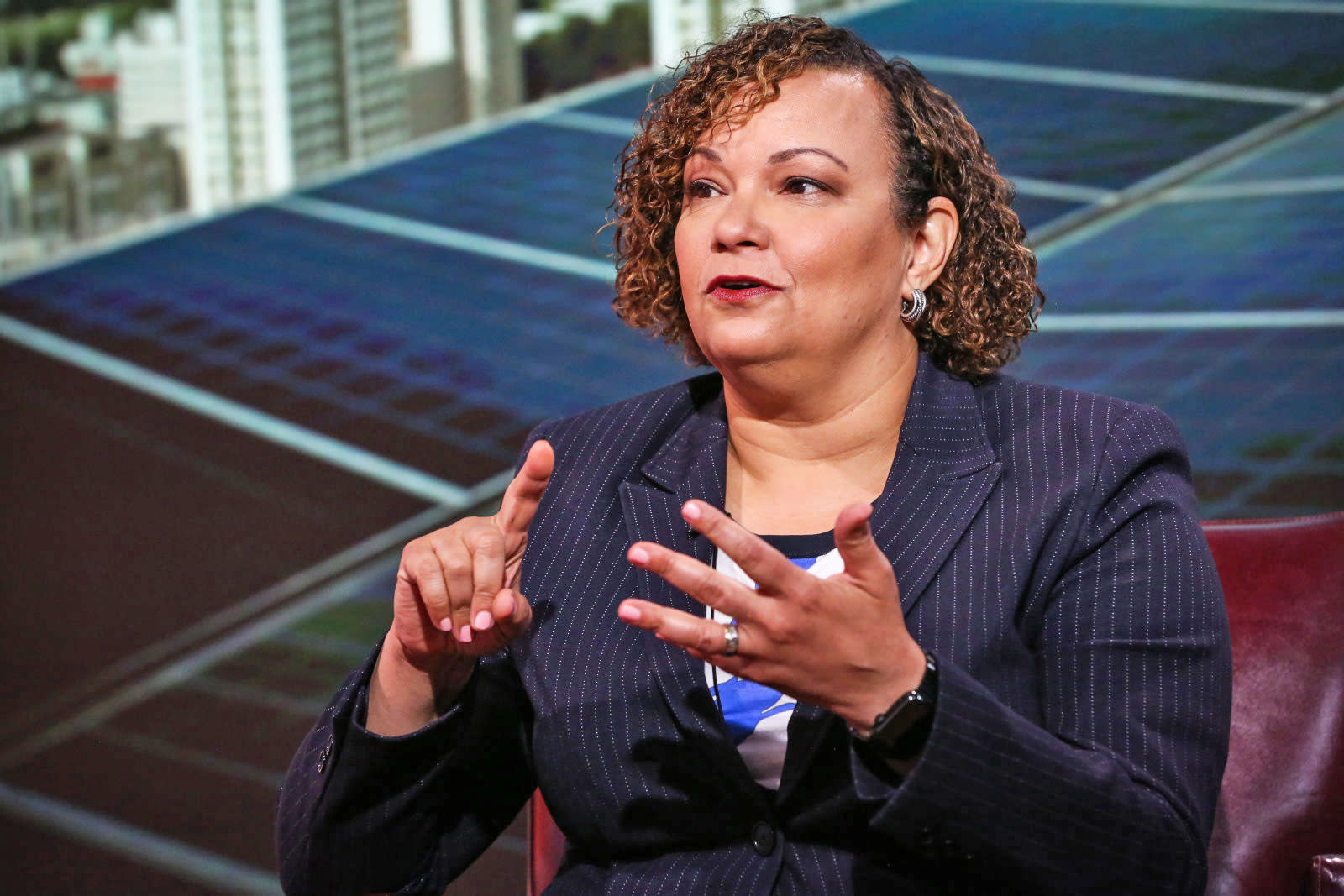 With the release of its new environmental report, Apple is looking to push the envelope of what it can do for the good of the planet. Last year, it boasted about how much cash its recycling efforts had saved it, including $40 million worth of gold re-used from old devices. This year, it's talking about "closing the loop" on its use of raw materials, potentially redefining how gadgets are made altogether.

Apple believes that it's now on the road to being able to use only recycled materials to build its next generation of products. It's not there yet, of course, and there's still much to be done in order to ensure secondhand iPhones come back to Apple, rather than the scrap heap. Still, if the company can make good on its admittedly lofty goals in the next few years, it's good for everyone.

The company also believes that its experiments with material reclamation -- embodied by its Liam robots that disassemble 2.4 million iPhone 6 models a year. Apple says that the two lines that have a Liam on it have salvaged 1,900 kg in aluminum for every 100,000 phones taken apart. In fact, the company has built a secret run of Mac Mini units with materials recovered by Liam, which are used to run iPhone production lines.

The rest of the report is the usual self-congratulation, although it does make a big point about saying that its data centers are wholly renewable. Apple is probably mindful of Greenpeace's recent public shaming of companies like Netflix, Amazon, HBO, ASUS and Acer for using coal and gas power to run their servers. By comparison, iMessage, FaceTime and Siri "run on 100 percent renewable energy."

Apple, famously, wants to own and control every part of its computers, and that attitude carries over to its energy. The company is aiming to own as much of its power generation as it can, rather than buying juice on the wholesale market. So, where it can, it's building, running and /owning/ its solar and wind facilities rather than partnering with a third party.

By 2020, the company is hoping to have 4 GW of power generation capacity by 2020, enough to power 725,000 homes. That will be spread between Apple owned and operated sites and those that it has helped bankroll with partners. It's entirely plausible that Apple could start selling its excess power as a side hustle without anyone realizing.

As always, most of the credit goes to Lisa Jackson (pictured), a former head of the EPA that joined Apple way back in 2013. She's been spearheading the company's efforts in switching to renewables, cutting carbon emissions and generally being a good citizen of the world. Her work has ensured that Apple went from the bottom of Greenpeace's rankings in 2011 to the top for the last three years running.

In this article: apple, Energy, Environment, EnvironmentalReport, gear, green, LisaJackson, Renewables
All products recommended by Engadget are selected by our editorial team, independent of our parent company. Some of our stories include affiliate links. If you buy something through one of these links, we may earn an affiliate commission.