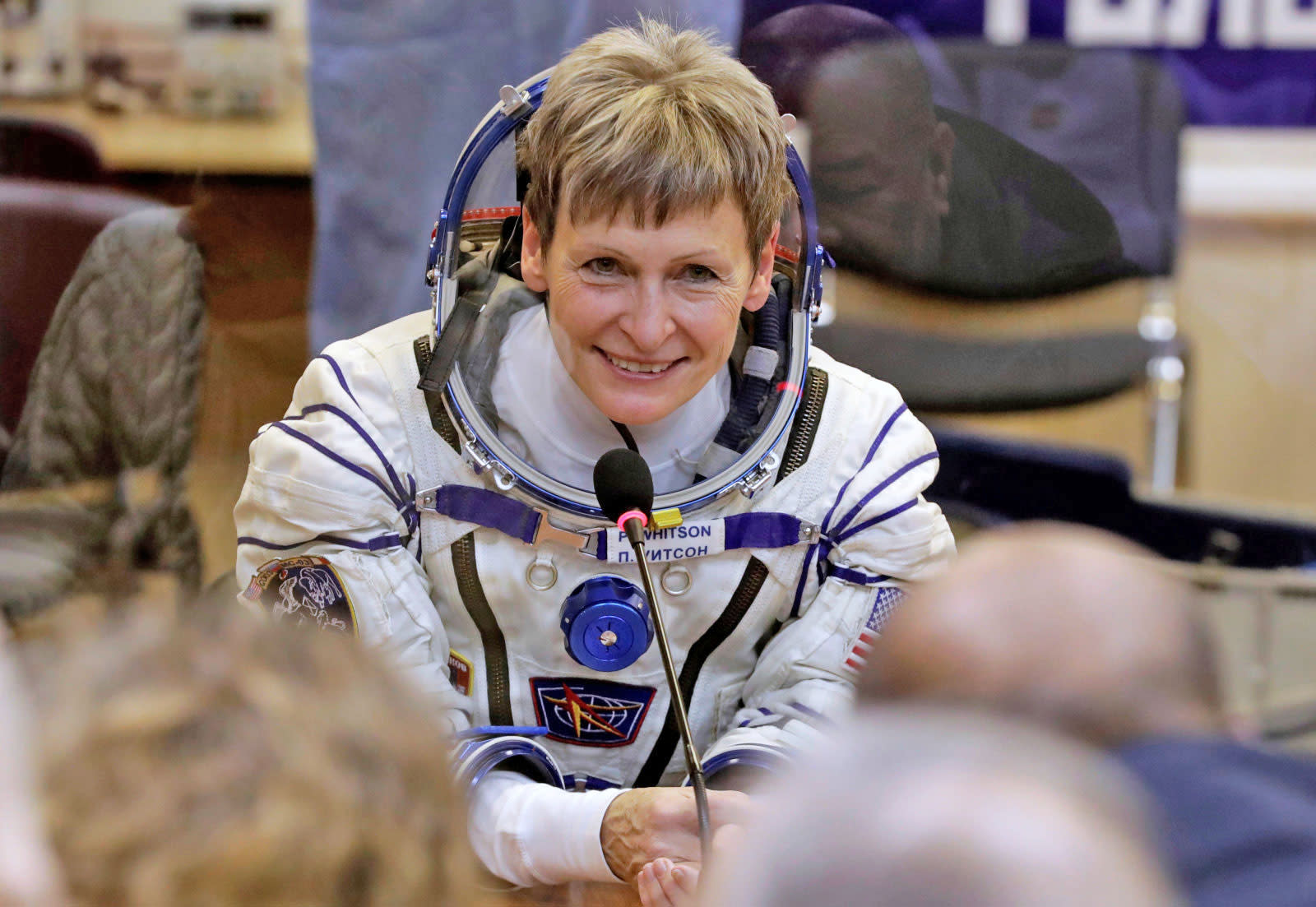 US astronaut Peggy Whitson has officially broken the US record for cumulative time spent in space. As of 1:27 AM ET today, she had spent 534 days, 2 hours and 49 minutes in space -- a number that has obviously increased since then. But that amount of time spent in space broke the record previously held by Jeff Williams. Her current run on the International Space Station started on November 17th, 2016, and her mission was recently extended from March until September. By the time she returns to earth, she'll have accumulated more than 650 days in space. Whitson has also spent more than 53 hours outside the ISS doing spacewalks, a record for female astronauts.

President Donald Trump and NASA astronaut Kate Rubins will be calling the ISS today at 10 AM ET to congratulate Whitson -- NASA is offering a livestream of the event which you can watch below. It'll also be broadcast on NASA's Facebook and YouTube pages; you can find all the details on the stream here.

NASA's excellent Tumblr also has details on four other times Whitson made history. She was named the first NASA Science Officer aboard the ISS way back in 2002 and was the first female to command the ISS in 2008. She was also the first female to become Chief of the Astronaut Office, the most senior position for active astronauts. And, as previously mentioned, she also just recently broke the record for most spacewalks for a female. Her 53+ hours and eight spacewalks are both records.

In this article: applenews, Donald Trump, donaldtrump, International Space Station, internationalspacestation, iss, NASA, Peggy Whitson, peggywhitson, Richard Nixon, space, spacerecord
All products recommended by Engadget are selected by our editorial team, independent of our parent company. Some of our stories include affiliate links. If you buy something through one of these links, we may earn an affiliate commission.