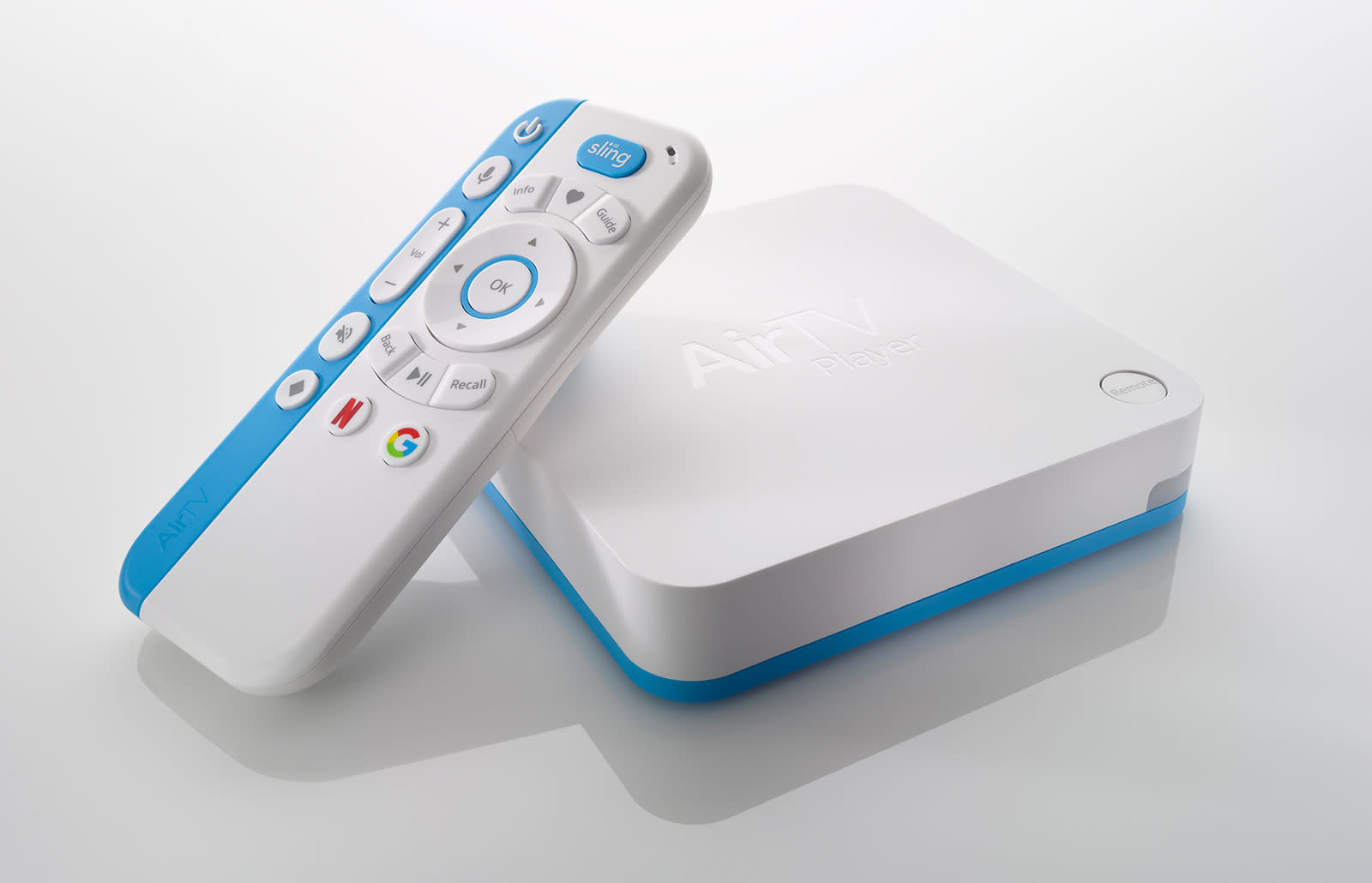 Sling has realized that it also needs a dirt-cheap hardware offering to help hook wary users into cutting the cord. That's why it's heavily discounting the AirTV Player, which lets you access local channels and Netflix, from a single, Roku-esque box. Normally, the device would set you back $130, including three months of Sling service, but can be yours for $50, depending on your subscription fee.

Sling is also making a play for the cord cutter dime by offering what it considers is the only "A La Carte TV" package worth a damn. Unfortunately, it appears as if the company's big claims don't extend to the packages themselves, since you can't actually choose your channels a la carte.

The service confirmed to Engadget that nothing about its pricing or structure is changing and that the "A La Carte TV" label is more a reference to how Sling has been set up from the beginning. In other words, the ability to have a core package and then pick and choose from a range of add-on channels and genres. Sling Orange remains $20/month and Sling Blue is still $25/month with whatever additional channels and bundles you want to tack on to that fee.

The cardinal sin of TV, at least according to Sling CEO Roger Lynch, is that you can't simply pay for what you use. If you watch one channel in a family of 10, then you can bet your bottom dollar you'll be shelling out for all of them. Lynch believes that it's a crucial mistake that even brand new TV companies are making when trying to snag that cord-cutter cash. After all, most insist on selling you a skinny bundle of channels, many of which are the same crap you resented paying for as part of a cable subscription. No matter how Sling sells it, you'll still have to wait to select your ideal lineup of channels from scratch.

In this article: AirTV, ALaCarte, av, Cable, CordCutter, CordCutting, gear, Netflix, Sling
All products recommended by Engadget are selected by our editorial team, independent of our parent company. Some of our stories include affiliate links. If you buy something through one of these links, we may earn an affiliate commission.