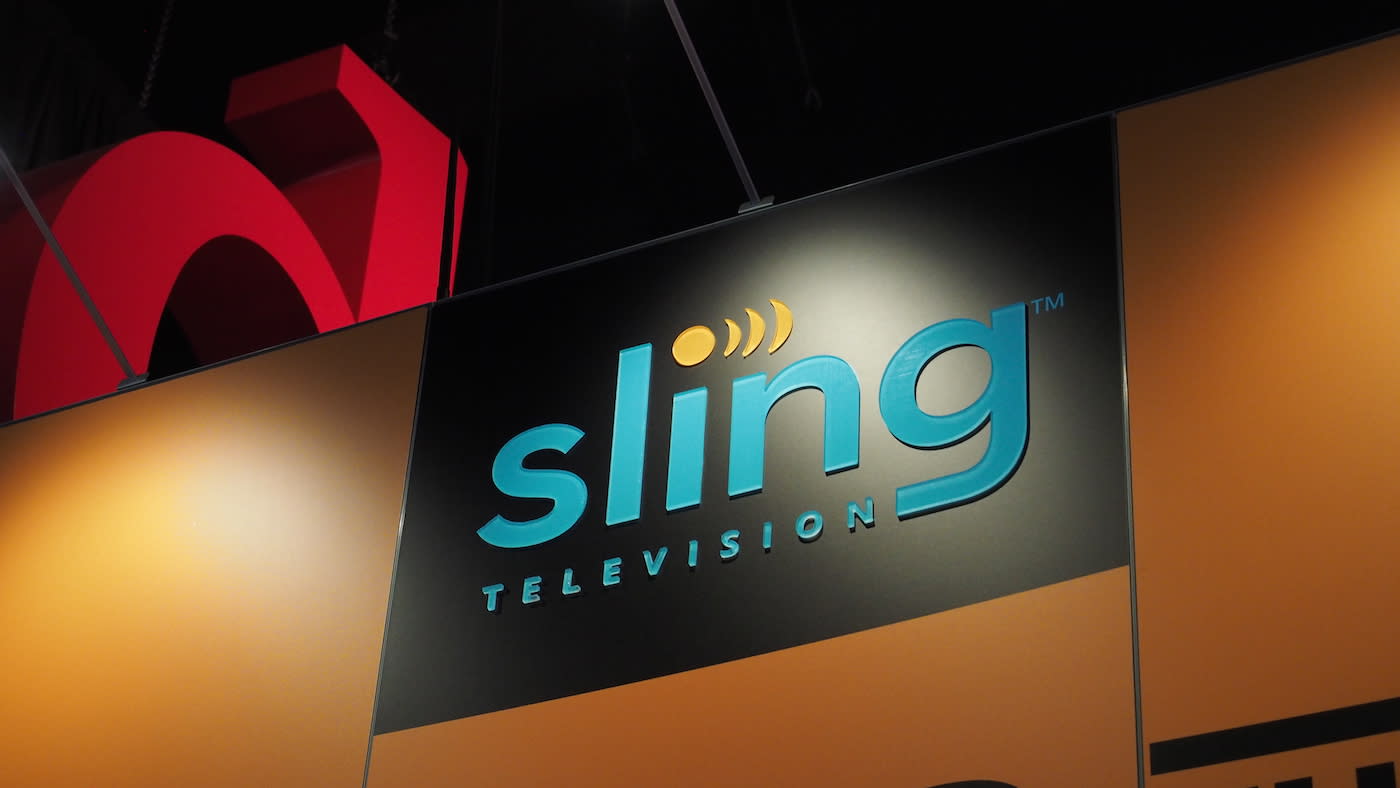 Sling TV CEO on the competition and internet TV's future

Roger Lynch also has a message for Sony.

Sling TV was the big winner at CES 2015. The internet TV service, which is owned by Dish, took home multiple awards from the show, along with dominating the news cycle throughout the first few weeks of January. And that shouldn't come as a surprise: For the first time, people in the US had a decent and economical alternative to traditional pay television. It was a cord-cutter's dream. Unfortunately for Sling TV, gaining popularity at such a fast pace turned out to be a double-edged sword. In the first real stress test for its servers, Sling TV didn't cope well during the stream of the NCAA's Final Four basketball tournament, leading the company to apologize to subscribers.

A month later, the Game of Thrones season five premiere created another problem for the service, with many users missing out on it due to issues with Sling TV's Roku app. But that was then, says Sling TV CEO Roger Lynch, who I had the chance to interview at CES 2016. As part of our discussion, he also talked about other challenges faced since launch; the competition from Comcast and Time Warner cable; and what's going on with the long-awaited Sling TV app for PlayStation 4. (Hint: Lynch says the ball is in Sony's court.)

Soon after we launched, we had some challenges just from scaling the business, because it grew faster than we expected. We had to retrench a bit on some of our development of backup systems, just to make sure we had much more scalability built-in. But that, knock on wood, [has] reeled in very, very good results for us.

How's the response been from subscribers? And are you seeing any interesting trends among users?

What we hear from consumers now is mostly more things they want from us: "Can you add these channels, can you add this device?" More features and functionalities, so it seems like we built a good base. ... People are really engaged with the product and now they want to help shape it. That's really what's behind our announcement this week, about the new user interface. You talked about this when we met recently, but does being related to Dish help when negotiating with networks to bring more content to your platform?

It's critical. It's been critical for us.

Can you expand on that?

Content rights are a very, very complicated area -- far more complicated than almost anyone who's not in the industry really would understand or expect. For us, having relationships with these programming groups, many of which we spend billions of dollars a year with, has enabled us to shape it a little more to something that we wanted to create. It's always a compromise with the programmers -- what are their objectives and what are our objectives? But I think having the leverage of a rather large, traditional pay-TV business has enabled us to shape the conversation, to come out with a competitive product.

I think it's safe to say you started the trend of fully fledged cord-cutting services, but now we have Comcast and Time Warner Cable trying to do their own thing. How do you feel about that?

We've always expected competition. But I would say what they're doing, the cable companies, at least what they've announced and launched so far, is very different than us. Our consumers are mobile, they use their mobile devices. The majority use their mobile devices to watch Sling, they also watch it on their TV, but I think they really value the mobility. Our service isn't tethered to a broadband connection, it's tethered to the individual -- wherever they go, their content goes with them, just like the music.

The services that Comcast and Charter and Time Warner launched are all traditional in the sense that it's only in your home, that's not what we're trying to solve. We're trying to create a truly mobile service, and one that's pretty transparent. Even though these companies launched these sort of streaming-like services, they still have the same "Well, here's your local broadcast feed and here's your sports," whereas for us we try to make it very transparent. It's $20, you can add stuff if you want. You can cancel anytime you want. There aren't restrictions like "You can't be a video subscriber or you can't take it out of your, house." None of that stuff.

I know you've been working hard to get more content on your platform, but one of the things I hear the most is how reliability is sometimes worrisome, especially during prime-time events. What are you doing to alleviate this?

We've made huge progress in that area. As I mentioned, soon after we launched we had some issues [with] March Madness and Game of Thrones, but that was March and April. Since then, we've gotten events that dwarfed those, like the College Playoffs on New Year's Eve, so we've been able to scale our systems very, very significantly since we had those early issues. But we're doing something new, what we're doing really hasn't been done before, so there's things that we have to learn as we go along. The current user interface is complicated to navigate from time to time, did you use customer feedback to change it?

We did, yeah. So the user interface when we launched ... our main offer was 12 channels for $20, and there was some on-demand [video]. But since then, the number of English channels has grown to 65; we've added Latino; all the international channels are now over 300 channels; we have over 50,000 hours of on-demand replay content. And so the user interface had to be evolved to be able to expose all the content that we have.

We actually had started on the evolution of the user interface before we even launched, because we knew this [content] was going to be coming. After we launched, we started getting feedback from customers about what it is they like; what they'd like to see more of; what are the things they find hard to discover. And that really helped influence us in how we designed the new user interface.

What was some of the most interesting feedback?

We had customers who said, "Wow, I really like HBO on Sling, but I wish they had the on-demand content." We have 3,000 hours of HBO on demand -- they didn't know it, because we didn't expose it well enough to them. That was eye-awakening for me.

Let's shift gears a bit. There are a lot of PS4 owners who are waiting for the Sling TV app. Is there anything you can tell us about that? Obviously, Sony has a similar type of service in PlayStation Vue, does that have anything to do with Sling TV not being on the console?

I think that PlayStation owners should call Sony and ask them for Sling. We'd be happy to launch on PlayStation.

So do you feel like this is the future of TV?

Yes. I think if you fast forward 10 or 20 years from now, it's hard to imagine that the predominant way television will be delivered will be tethered to a physical infrastructure, just like telephony's gone IP and Skype abstracts it from the underlying delivery mechanism. The same thing, I believe, will happen with video, but it'll take a while.

This interview has been edited and condensed.
All products recommended by Engadget are selected by our editorial team, independent of our parent company. Some of our stories include affiliate links. If you buy something through one of these links, we may earn an affiliate commission.