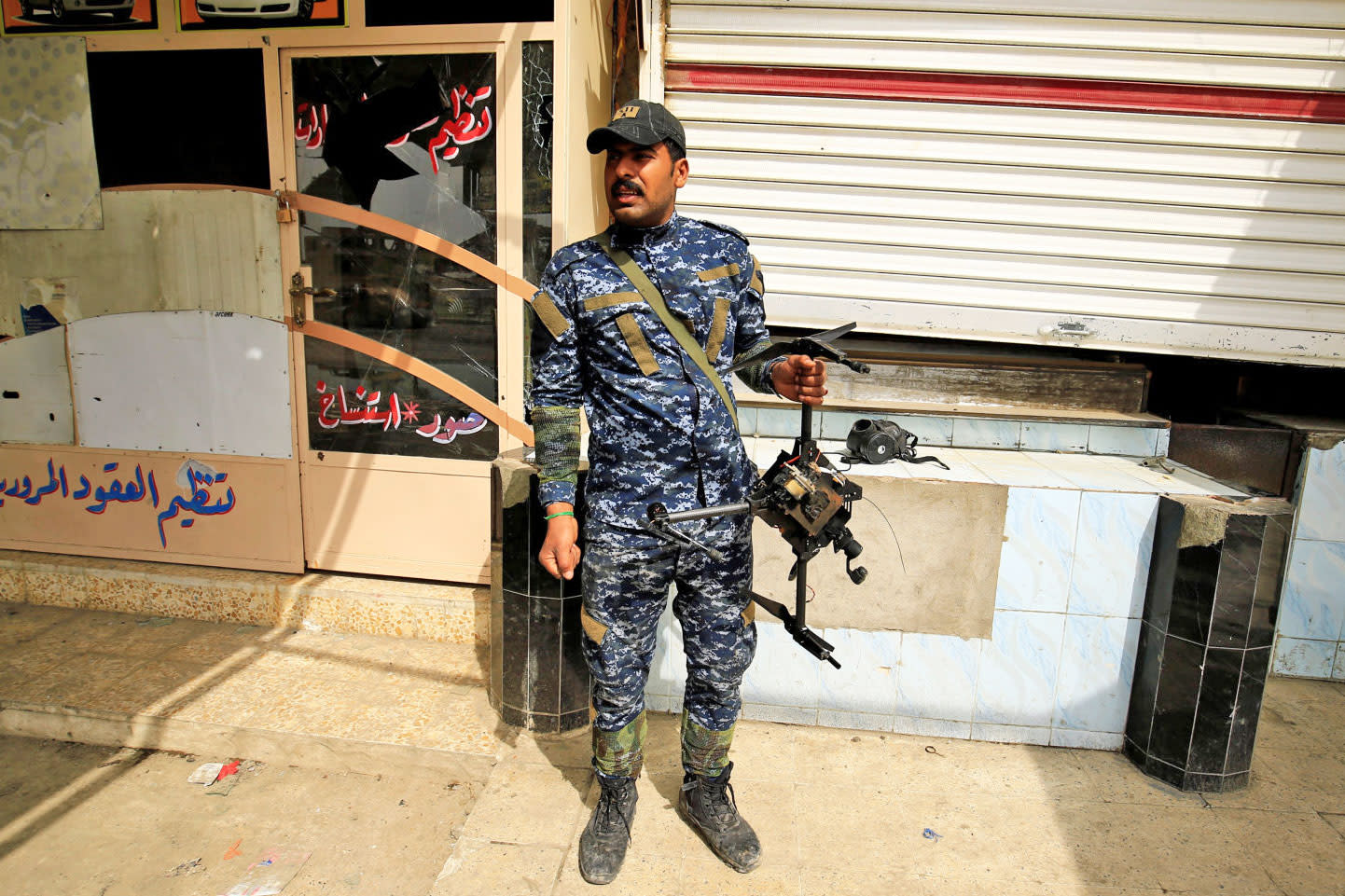 The most recognizable name in drones has reportedly stepped in to help the United States in its ongoing war on terror. As The Register reports today, Shenzhen-based DJI -- makers of the ever-popular Phantom and Inspire series quadcopters -- quietly created software-based no-fly zones over large parts of Iraq and Syria where ISIS fighters have been known to strap improvised bombs to commercial drones.

The NFZs were first spotted by drone threat analyst Kevin Finisterre of Department 13, who noticed the company had updated its DJI Go piloting and photography app to include a number of geofenced areas in the region. DJI already maintains a large database of NFZs to prevent hobbyists from straying into airport flight paths, military bases, historic sites, sporting arenas and other places where drones are explicitly banned. The new geofenced areas, however, only appeared in late February -- around the same time Finisterre notes that Iraqi troops backed by the US were mounting an offensive in Mosul. Two of the NFZs, which Finisterre has uploaded to GitHub as a Google Earth KML file, went live on February 27th and cover all of Mosul.

On the other hand, as MIT Technology Review notes, it's unclear whether geofenced NFZs will actually stop extremists from weaponizing quadcopters and other remote-controlled flying machines. In the case of DJI equipment, a knowledgeable coder could likely circumvent the geofence with a software hack, and many of the devices used by ISIS are homebrewed or cobbled together from parts to begin with. And, of course, there's also the question of whether the NFZs affect Iraqi forces' own countermeasures.

DJI has yet to publicly comment on the anti-terror NFZs, but in the past it has issued a blanket statement on the use of its devices for illegal activity. "The use of consumer-drone technology to harm anyone is deplorable," the company wrote after one of its drones was allegedly involved in an attack last year. "Any loss of life or injury in such a manner is tragic. Those who carry out such acts should be prosecuted to the full extent of the law."

In this article: DJI, drone, drones, gadgetry, gadgets, gear, iraq, mosul, politics, robots, security, syria, terrorism, war
All products recommended by Engadget are selected by our editorial team, independent of our parent company. Some of our stories include affiliate links. If you buy something through one of these links, we may earn an affiliate commission.