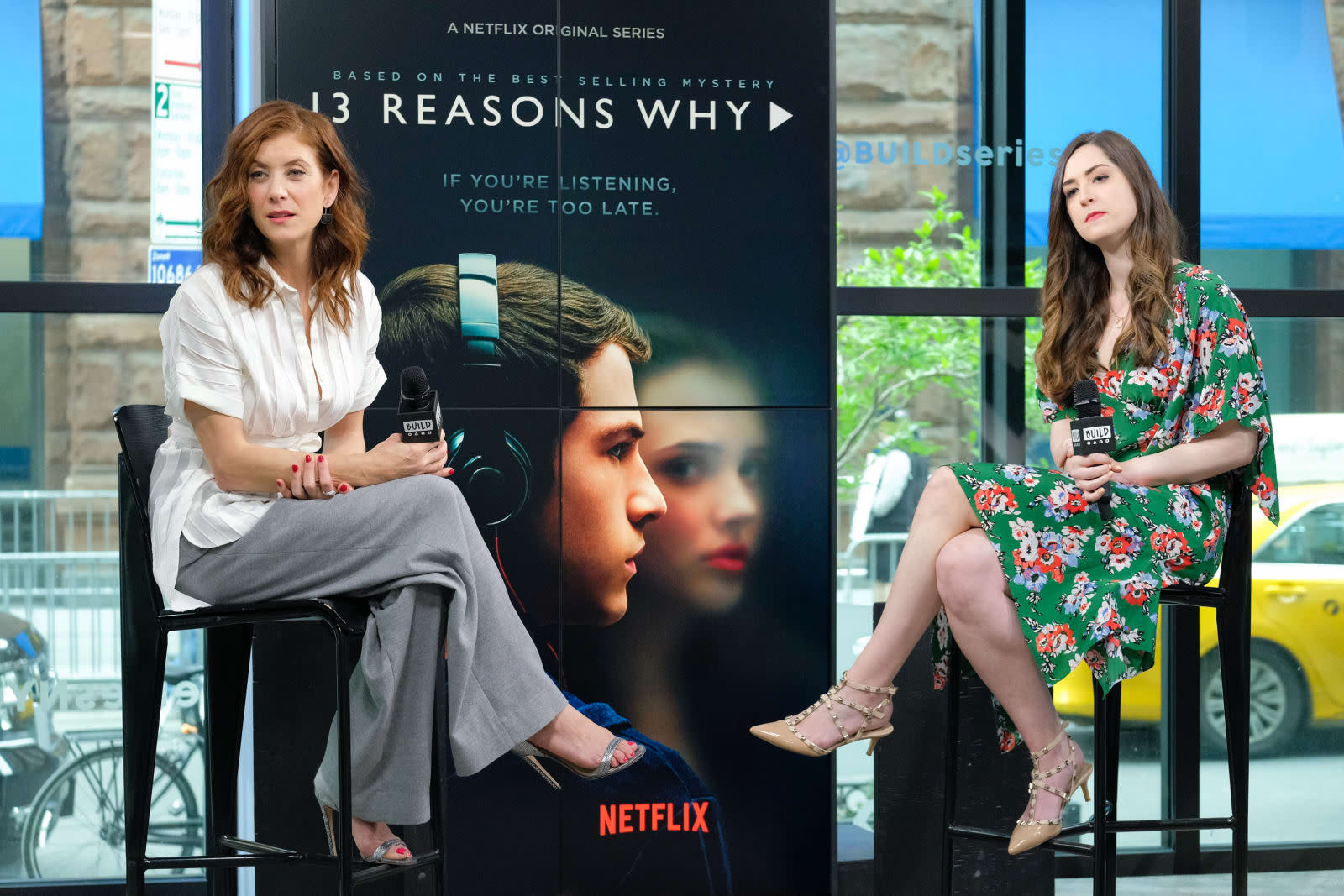 New Zealand has come out hard in its opposition to Netflix's series 13 Reasons Why. The high-school-focused show centering on a girl's suicide and its aftermath already has content warnings ahead of certain episodes, but a recent edict by New Zealand's Office of Film & Literature Classification rules that Netflix "will now be required to display a clear warning in respect to the series, as well as in respect to each episode." This comes after the country's 2015 ruling that makes cyberbullying a punishable offense. Furthermore, the series has received the region's first-ever RP18 rating, which means unless viewers are 18 or older, they should watch the show with an adult.

"We have considered whether an RP16 or R16 could be an appropriate classification, but these classifications would not address the harm cased to 16-and-17 year-olds (who are at statistically greater risk of suicide)."

Two years ago, New Zealand made cyberbullying a crime, specifically targeting folks who incited suicide. Punishment for the act is a three-year jail sentence, which would mean the recipients of Hannah's tapes (essentially suicide notes sent to those responsible for her self harm) would all face time behind bars if the show took place in real-world New Zealand.

"Hannah's suicide is presented fatalistically. Her death is represented at times as not only a logical, but an unavoidable outcome to the events that follow," the Office writes. "Suicide should not be presented to anyone as being the result of clear-headed thinking. Suicide is preventable, and most people who experience suicidal thoughts are not thinking rationally and therefore cannot make logical decisions."

While the post starts out positive, praising the show for addressing youth suicide, sexual violence, bullying and slut-shaming, it quickly takes a turn and gives a point-by-point breakdown of what the series does poorly. Namely, it doesn't provide solutions to the aforementioned problems.

"This is a nuanced show that asks a lot of questions, and raises a lot of issues, but often fails to answer or fully address them," the post reads. "Therefore discussion needs to occur outside the series itself, and guidance needs to be offered to young people viewing this series by a trusted and appropriate adult."

The Office says that the show doesn't adhere to international guidelines for depicting suicide, either, calling the scene where protagonist Hannah kills herself "graphic and explicit," and detailed to the point where it could be viewed as instructional.

New Zealand's concern here isn't an overreaction. According to the Office, the country has one of the highest rates of youth suicide in the OECD (Organization for Economic Cooperation and Development) which counts 35 member countries including Australia, Canada, Germany, Norway, the United Kingdom and the United States. There's worry that, should teens watch the show without an adult nearby to ask any questions that may arise, copycat suicides (something depicted in the show itself) could result. "It is vital that this issue is taken seriously at all levels," the Office says.

The Office consulted with the Sexual Abuse Prevention Network and Mental Health Foundation New Zealand in addition to members of the target audience (teens) who'd watched the show, to inform this ruling.

"All the teens we spoke to felt the show addressed issues that were relevant to them, and that the series overall had positive messages relating to social awareness: treating others with respect and compassion, and raising awareness about suicide, sexual violence, bullying, and other issues," New Zealand's deputy chief censor Jared Mullen told Stuff NZ.

In this article: censor, censorship, cyberabuse, cyberbullying, entertainment, mentalhealth, netflix, newzealand, oecd, officeoffilmandliteratureclassification, politics, rp18, suicide
All products recommended by Engadget are selected by our editorial team, independent of our parent company. Some of our stories include affiliate links. If you buy something through one of these links, we may earn an affiliate commission.