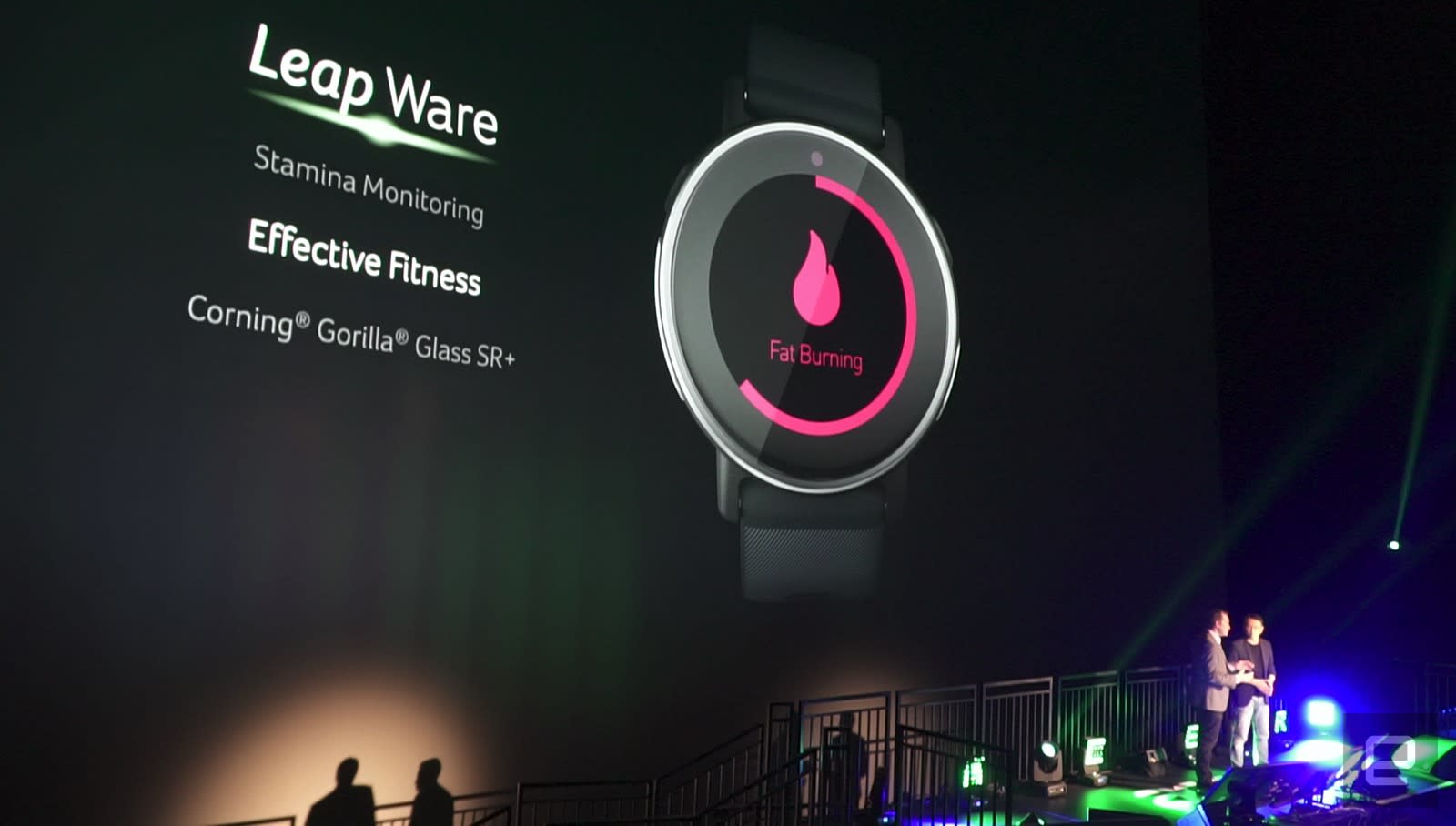 After a series of underwhelming attempts at making fitness wearables that track uncommon metrics, Acer is at it again with its new Leap Ware watch. The company hasn't shared many details yet, but there's one thing the company was happy to mention: The Ware will monitor your stamina, along with "more-effective fitness" metrics and a scratch-resistant Gorilla Glass screen.

In the past, Acer touted its Liquid Leap wearables for their ability to track your stress level based on your galvanic skin response, as well as a constantly monitoring heart rate sensor for a low price. Stress-detection was a novelty at the time Acer announced it, and the technology didn't seem to spread to other devices. This year's stamina-monitoring seems equally gimmicky, and we don't know the full details on the science behind it yet, so it's too early to say if it will be effective.

We also don't know what else the Ware can do, or how much it costs, but based on the pictures we saw, it looks more like a smartwatch than a Fitbit. The round display can show the time, at least, from the render the company showed. In addition to this wearable, Acer introduced Holo 360, a 360-degree camera that comes with built-in WiFi and LTE support. The company didn't say much beyond that, other than it can make calls, but we should have more information shortly, along with hands-on impressions of both these products. Update: We've published our first look at the Leap Ware smartwatch here. Acer did not have Holo cameras at its demo station, however.

In this article: acer, acerleapware, FitnessTracker, gadgetry, gadgets, gear, wearables
All products recommended by Engadget are selected by our editorial team, independent of our parent company. Some of our stories include affiliate links. If you buy something through one of these links, we may earn an affiliate commission.