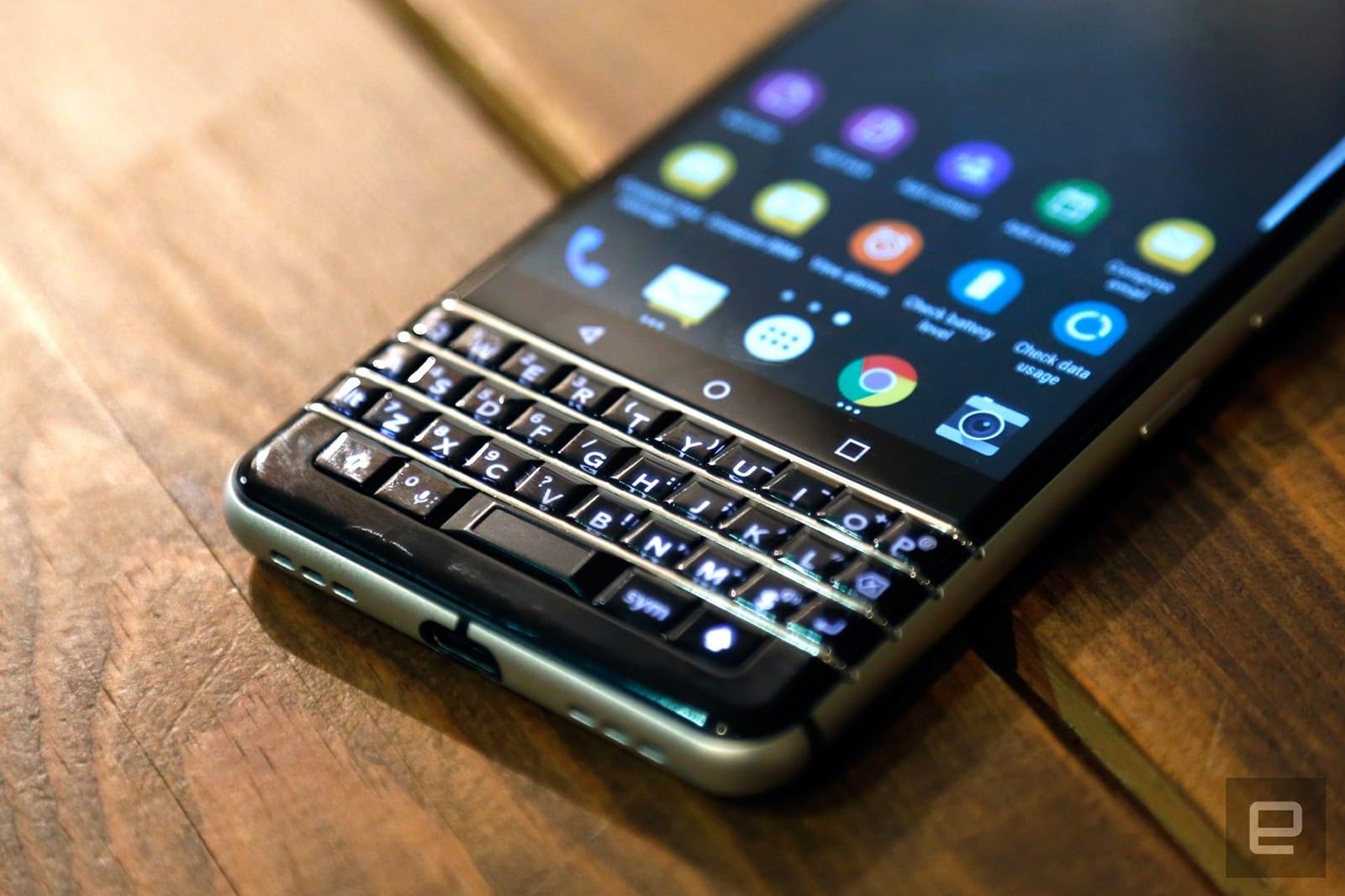 To say that the launch of the BlackBerry KEYone has been protracted would be an understatement. BlackBerry and TCL teased the high-profile phone in January, dished out proper details in February, and has left people wondering about a specific US release date ever since. At last, you can relax: BlackBerry and TCL have revealed that the keyboard-equipped Android phone will reach both the US and Canada on May 31st. Americans will be limited to buying the $549 unlocked CDMA or GSM versions at first, but take heart -- there will be carrier deals, including a Sprint launch sometime in the summer. If you thought the up front price was too much to swallow, you'll have a way of softening the blow.

In Canada, the handset will be available through Bell, Rogers, SaskTel and Telus for $199 CAD on a 2-year contract. For context, a Galaxy S8 is typically $250 CAD on similar terms. That might give you a hint as to what you could expect for American carrier pricing -- it'll be considered high end, but might not be as expensive as certain flagships.

The US carrier deal is important. BlackBerry's previous Android phones, the DTEK series, were virtually non-existent in the States for anyone besides business customers and dedicated fans. A carrier deal not only makes the KEYone more palatable to price-conscious buyers, it puts the phone on the map for shoppers who won't even consider a phone if don't see it in a local provider's store. While the KEYone is unlikely to be a runaway hit, that exposure might help BlackBerry regain some of its long-lost reputation.

In this article: android, blackberry, blackberrykeyone, gear, keyone, mobile, smartphone, sprint, tcl, unlocked
All products recommended by Engadget are selected by our editorial team, independent of our parent company. Some of our stories include affiliate links. If you buy something through one of these links, we may earn an affiliate commission.