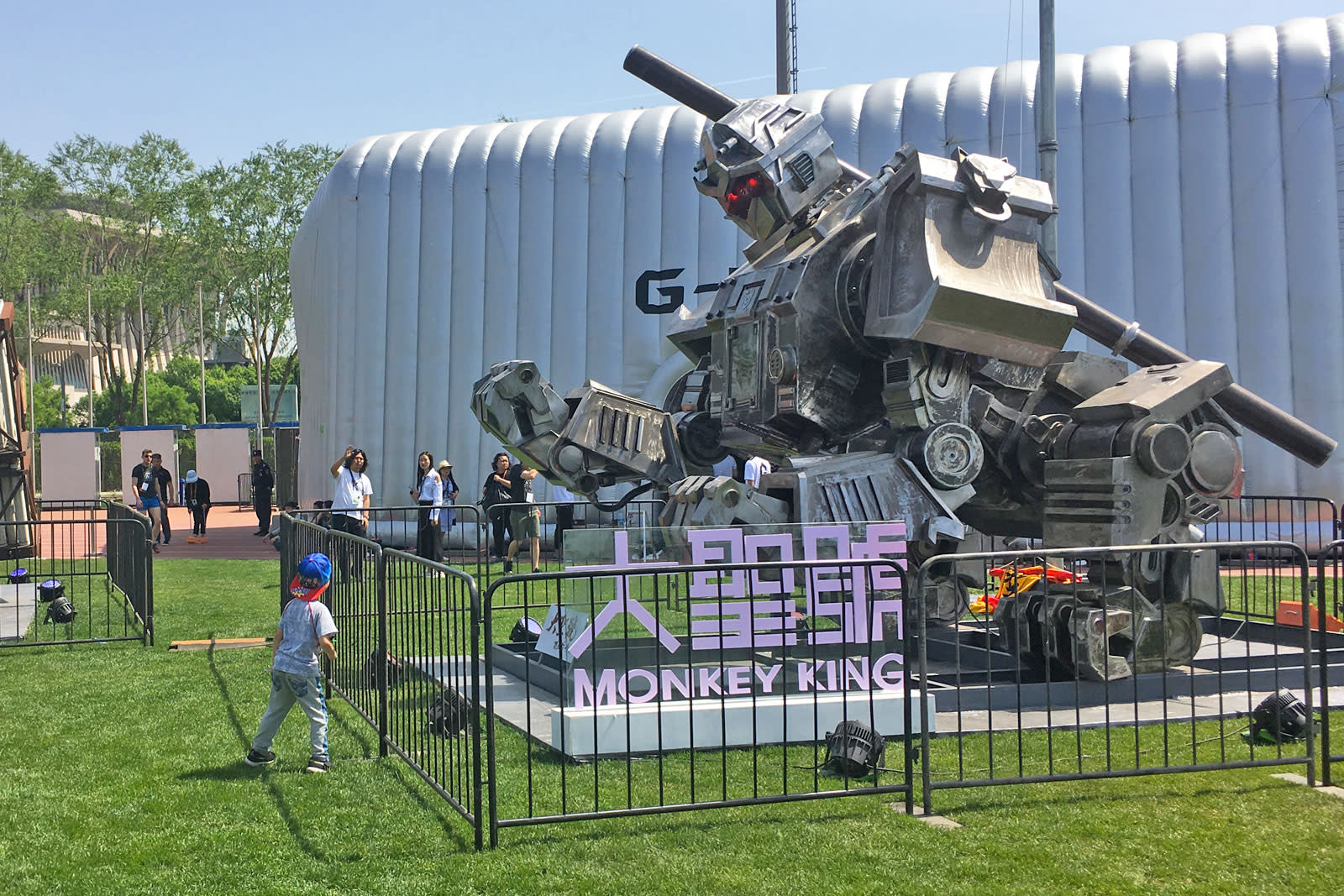 MegaBots' giant robot duel might just turn into a full-scale brawl. Beijing outfit Greatmetal has unveiled a prototype of Monkey King, China's take on an enormous battle machine. It's still human-piloted, but it has a distinct trick up its sleeve: it can either fight on all fours (good for stability) or stand on its hind legs to wield a staff. While we wouldn't expect wuxia-style acrobatics out of this bot, it could throw a curveball into what was otherwise set to be a relatively straightforward fight.

You might not have long to wait to see it in action, either. MegaBots is deciding whether or not Greatmetal can enter its giant fighting robot league, and might even pit its Mk. III robot against Monkey King after taking on Suidobashi's Kuratas this August. That could be good news in the long run -- even if the first fight amounts to little more than a novelty, having more than two early participants could spur other teams and increase the frequency of these mechanoid melees.

In this article: china, fightingrobot, gear, greatmetal, megabots, monkeyking, robot, robots
All products recommended by Engadget are selected by our editorial team, independent of our parent company. Some of our stories include affiliate links. If you buy something through one of these links, we may earn an affiliate commission.