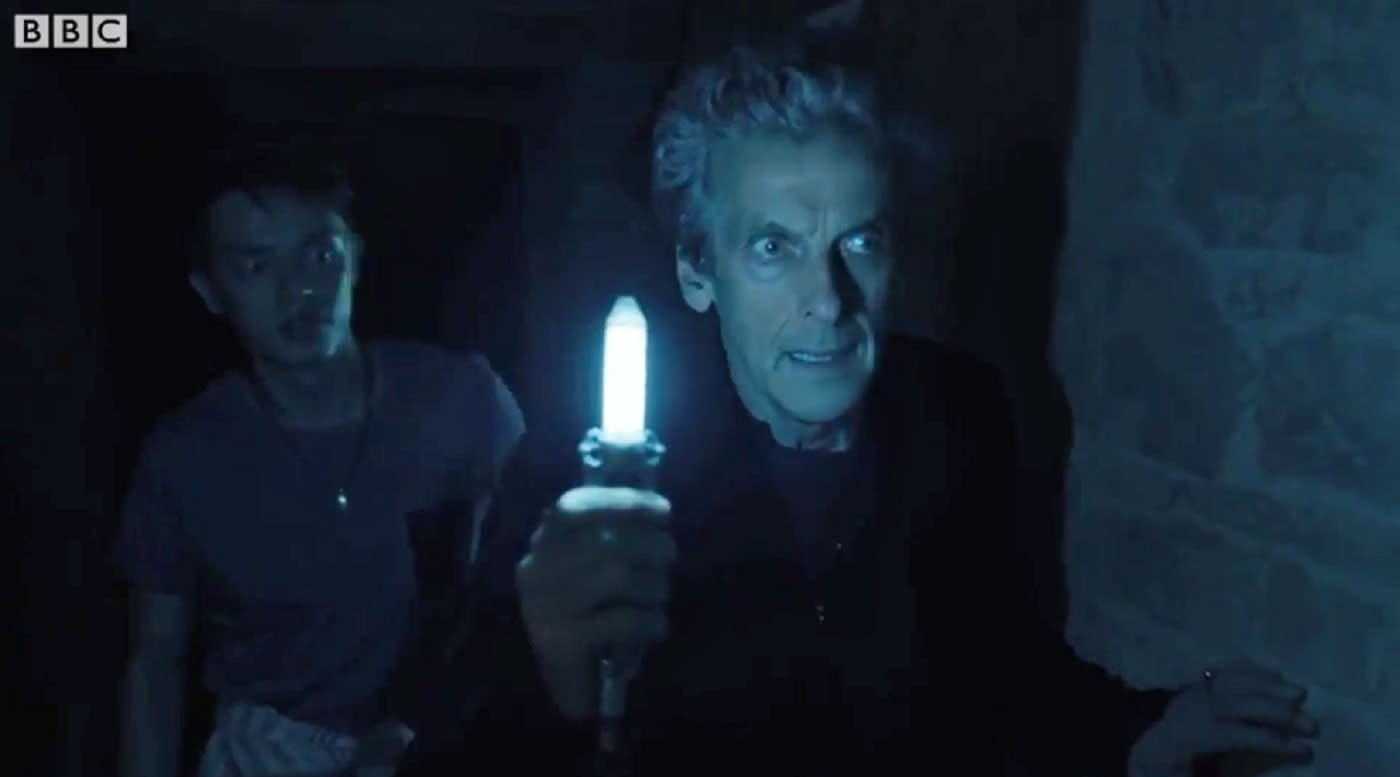 This Saturday's episode of Doctor Who is a spooky affair called "Knock Knock," and it's getting a special binaural edition online immediately after the episode's premiere. Anyone wearing headphones (it's best experienced with headphones) can enjoy the 3D "surround sound" effect as they follow the Doctor and Bill on their latest adventure.

What's so special about binaural audio? It's a recording technique that typically uses a mannequin's head and two microphones, one in each ear, to create a 3D stereo sound effect that mimics how we hear naturally. Although musicians and tech companies have experimented with binaural audio since the 1800s, it's never been more than a novelty. That could change soon, however, with the rise of virtual reality. VR needs 3D audio to build a truly immersive experience, and some companies are turning to binaural recording to achieve that effect. Last year at CES, for example, Sennheiser debuted Ambeo Smart Surround headphones, which uses two in-ear microphones to capture and play back sound as easily as one captures video on a smartphone.

If you're interested in trying it out, grab some headphones and check out this Doctor Who preview clip. For comparison, here's a link to the standard audio version of the same clip.

In this article: av, bbc, binauralaudio, DoctorWho, entertainment
All products recommended by Engadget are selected by our editorial team, independent of our parent company. Some of our stories include affiliate links. If you buy something through one of these links, we may earn an affiliate commission.