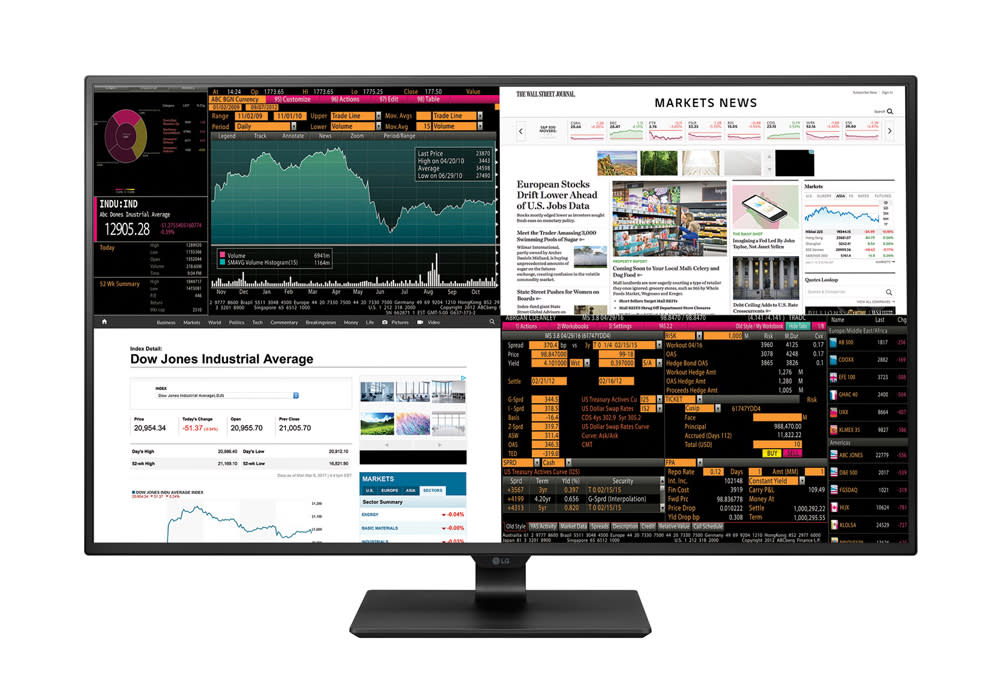 LG's Apple-flagship 5K monitor may have stumbled on its release, but the company's newest display looks like it'll cover all the bases in terms of sheer flexibility and screen real estate. The LG 43UD79-B, as it's cleverly called, is a 42.5-inch UHD panel with a 3840 × 2160 resolution, plus a nice range of gaming and productivity-focused features.

On it's face, the 43UD79-B is an IPS panel with 1000:1 contrast ratio, wide 178-degree viewing angle and support for over 1.07 billion colors. Although its 60 Hz refresh rate won't quite stack up against the latest gaming monitors, according to a press release from LG the 43UD79-B does boast a Game Mode, Black Stabilizer and Dynamic Action Sync mode. For gamers with Radeon GPUs, compatibility with AMD's FreeSync dynamic refresh rate technology will also prevent screen tearing and visual stutters.

Around back, you'll find two HDMI 2.0 inputs, two HDMI 1.4 inputs, one DisplayPort 1.2a port with FreeSync and a USC-C port that can also handle a DisplayPort signal. With all those ports, the monitor can act as a screen for up to four different devices simultaneously, using a variety of split-screen configurations and picture-in-picture support. Using the two standard USB 3.0 ports, the monitor can also control two computers from a single mouse and keyboard. Finally, with two built-in Harman Kardon speakers and an included remote control, the panel could easily double as a 42.5-inch 4K TV once all the spreadsheets are closed.

In this article: 4k, av, freesync, gadgetry, gadgets, gear, lg, monitor
All products recommended by Engadget are selected by our editorial team, independent of our parent company. Some of our stories include affiliate links. If you buy something through one of these links, we may earn an affiliate commission.