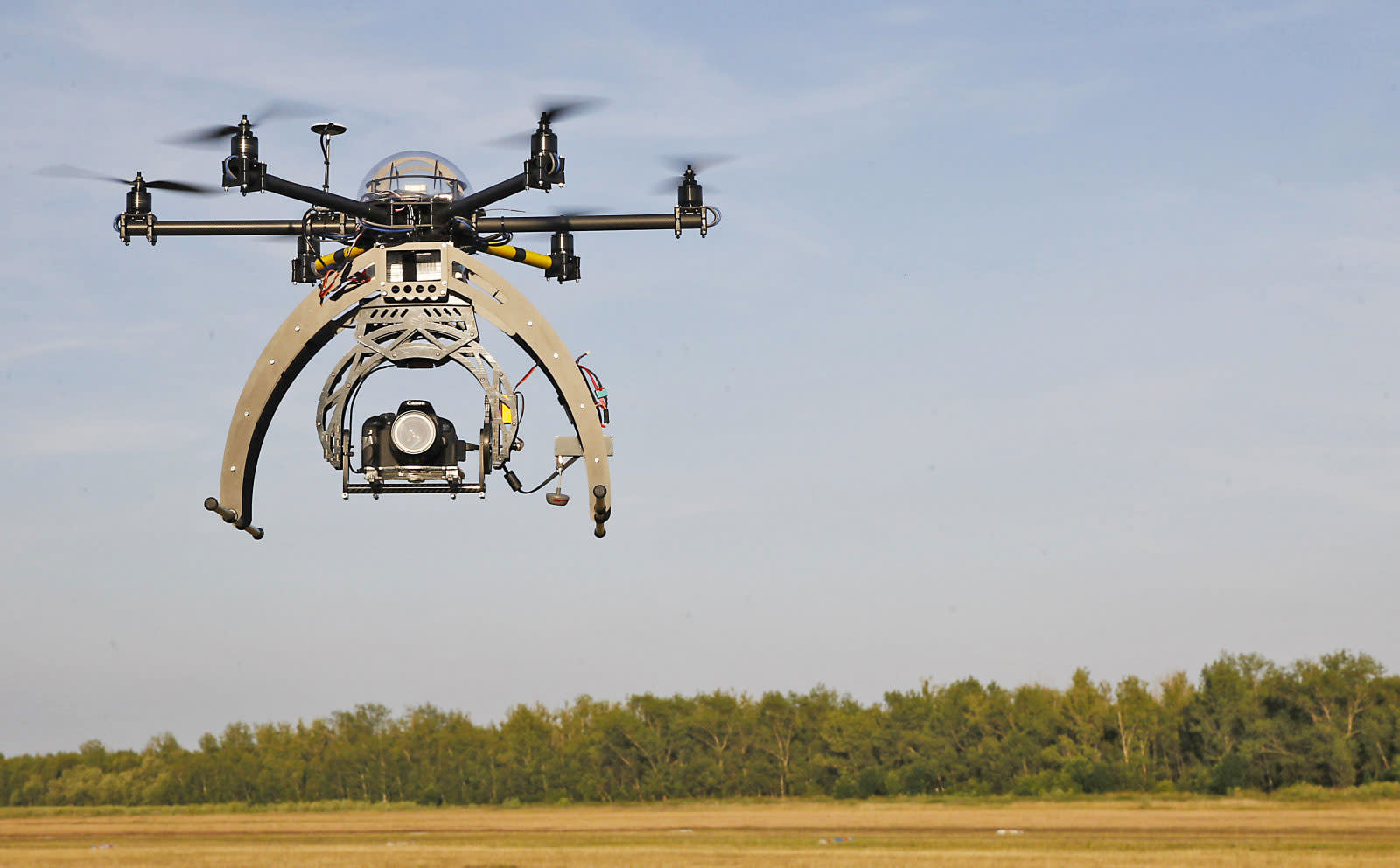 Internet-connected drones will be necessary if you're going to see fliers that can communicate when they're delivering packages, livestreaming video or otherwise coordinating with the outside world. But how well can you control them over an LTE data connection when they're soaring hundreds of feet above the ground? Quite well, if you ask Qualcomm. The chip maker has published the results of a trial run using LTE-linked drones, and it believes that they're ready for prime time... mostly.

The dry run (which included over 1,000 flights) showed that existing cellular networks are up to the job. Drones will still get a strong LTE signal at altitudes as high as 400 feet, and they get "comparable" coverage. In fact, they have an advantage over the phone in your pocket -- they don't have to hand over connections as often as ground-based devices.

There are improvements Qualcomm would like to make. It wants to see steps to minimize interference (more common at altitude) and signal power tweaks to allow more LTE-enabled drones in the sky at once. Also, it would like software that's better at picking the strongest cell tower signal. It's more a question of when these optimizations happen than "if"," though. Qualcomm is sharing its findings with other companies and the 3GPP wireless standards group, so you might soon see drones that are always online.

In this article: 4g, drone, gear, lte, qualcomm, robot, robots, uav
All products recommended by Engadget are selected by our editorial team, independent of our parent company. Some of our stories include affiliate links. If you buy something through one of these links, we may earn an affiliate commission.