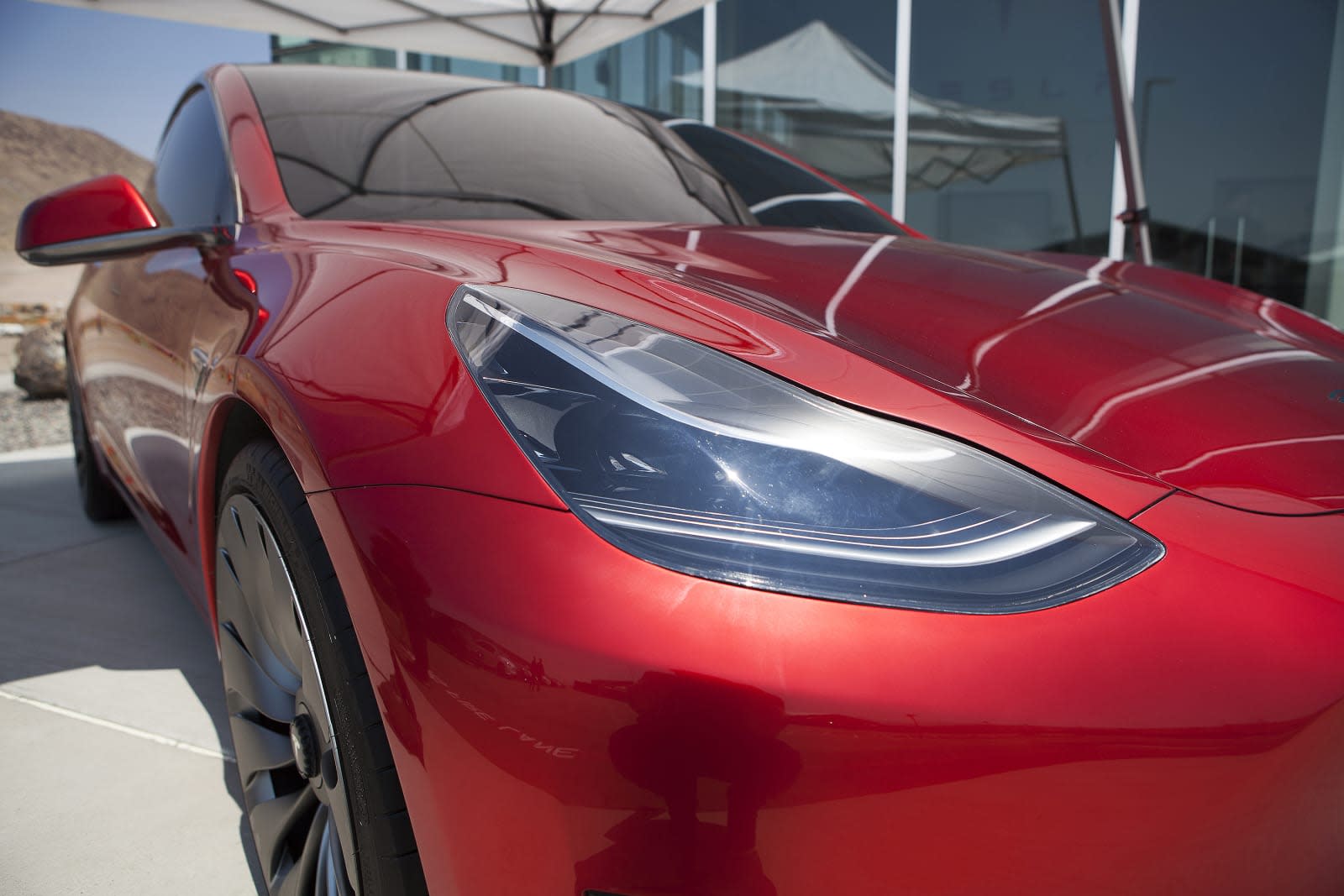 As customers holding pre-orders wait for the Model 3 to arrive, Tesla says everything is proceeding according to plan. In today's Q1 earning report (PDF), the company announced it's still on track to start production in July, and will be able to build up to 5,000 of the cars per week this year, with plans to scale production up to 10,000 per week next year. To service all those EVs (plus the ones already on the road, some of which will soon start to outlive their manufacturer warranties), it's massively expanding that department.

Over 100 new "retail, delivery and service locations" will open around the world this year, as well as the first Tesla-owned body shops. It's also bumping up the number of mobile repair trucks by over 100 in Q2, and claims it has reduced repair times by 35 percent thanks to improved remote diagnostics.

Of course, stats like $2.7 billion in revenue (more than twice what it earned in the same period last year) and production numbers up 64 percent are good too, despite losing $330 million in Q1. But given Tesla's reputation for delays (remember the Model X?), all eyes are on the highly-anticipated new model, and likely will be until the first real model rolls off of a dealer's lot sometime later this year.

In this article: earnings, electricvehicle, ev, financials, gear, model3, Q1, Q12017, service, tesla, transportation
All products recommended by Engadget are selected by our editorial team, independent of our parent company. Some of our stories include affiliate links. If you buy something through one of these links, we may earn an affiliate commission.