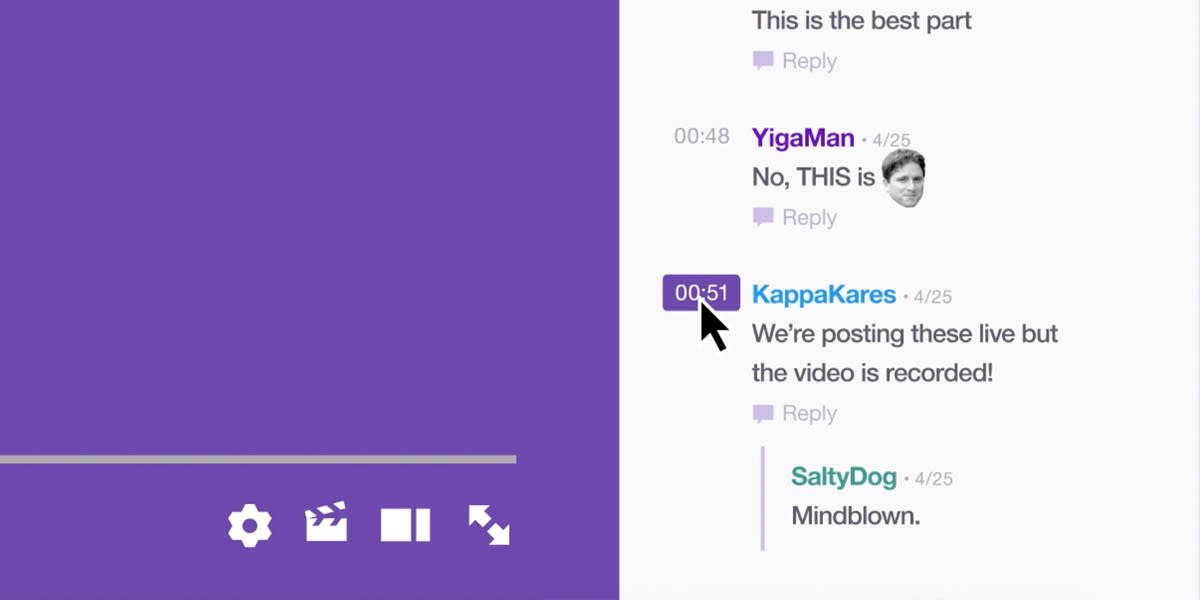 If we've learned anything from experiments like Twitch Plays Pokemon, it's that a large part of the streaming site's success lies on the enthusiasm of its community. Twitch viewers don't just watch streams, they participate by flooding their favorite streamers chatbox with memes, emoji and a never-ending march of inside jokes. When the company launched the Twitch Uploads beta, the company encountered a problem: there's no chatroom for pre-recorded videos. Today, Twitch is taking steps to fix that, introducing a chat mode for uploaded content that locks messages to specific moments in the video.

If that sounds familiar, you've probably used SoundCloud before. Much like that service's comment system, the Twitch Uploads chatroom ties individual messages to a timestamp, locking them to the moment in the video that the commenter was watching when he sent the message. It's designed to make video comments seem more interactive -- creating a faux-chat that fits in with the existing viewer culture Twitch has cultivated over the years. The feature is being showcased today on specific channels, but will roll out to all users over the next few weeks.

In this article: amazon, av, entertainment, gaming, hdpostcross, internet, streaming, twitch, twitch uploads, twitchcon, twitchuploads, twitchuploadsbeta, youtube, youtubegaming
All products recommended by Engadget are selected by our editorial team, independent of our parent company. Some of our stories include affiliate links. If you buy something through one of these links, we may earn an affiliate commission.