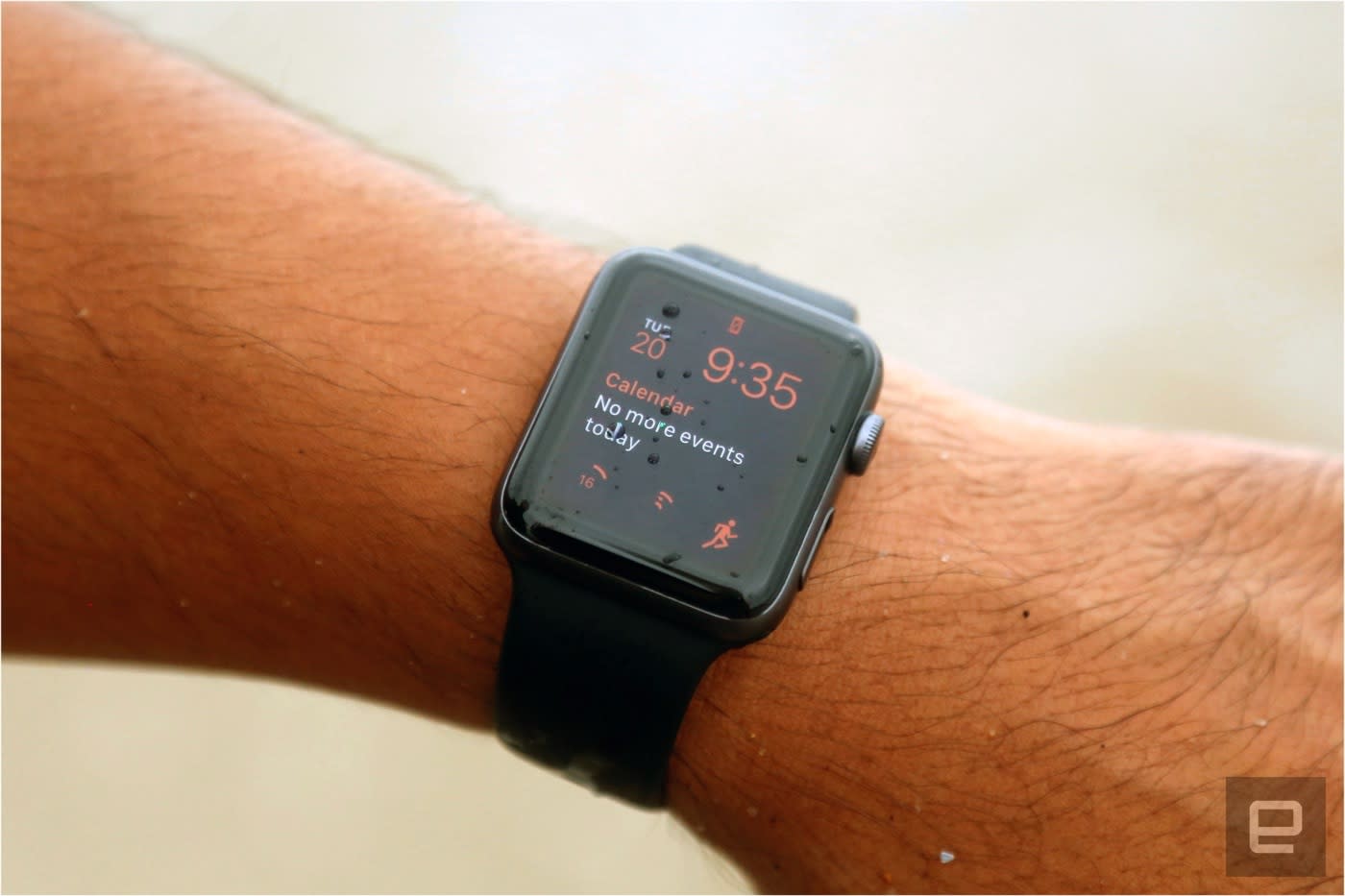 Apple might not be selling as many iPhones as it would like, but it sounds like its Watches have been doing quite well. According to Strategy Analytics, it shipped 3.5 million wearables in the first quarter of 2017, 59 percent higher than the 2.2 million devices it did in the same period last year. Cupertino captured 16 percent of the global marketshare and stole the wearables crown from Fitbit, which had a much less stellar quarter. Fitbit only shipped 2.9 million devices in Q1, 36 percent less than the 4.5 million units it moved in the first quarter of 2016. Even Xiaomi sold more devices, putting the beleaguered wearables-maker in third place.

On the other hand, there's less and less demand for Fitbit's bands, perhaps due to the increasing number of sports-oriented smartwatch options for buyers, among other factors. Its attempt to enter the smartwatch market was also late and quite underwhelming. While Fitbit still sold the most wearables late last year, it was already in trouble by the beginning of 2017. It had to cut 110 jobs in January, which might not sound like much but is still 6 percent of its workforce. In an attempt to recapture part of the market it lost, Fitbit is reportedly preparing to release a new smartwatch and a pair of wireless headphones in the fall.

In this article: apple, applewatch, earnings, fitbit, gear, q12017, strategyanalytics, wearables
All products recommended by Engadget are selected by our editorial team, independent of our parent company. Some of our stories include affiliate links. If you buy something through one of these links, we may earn an affiliate commission.