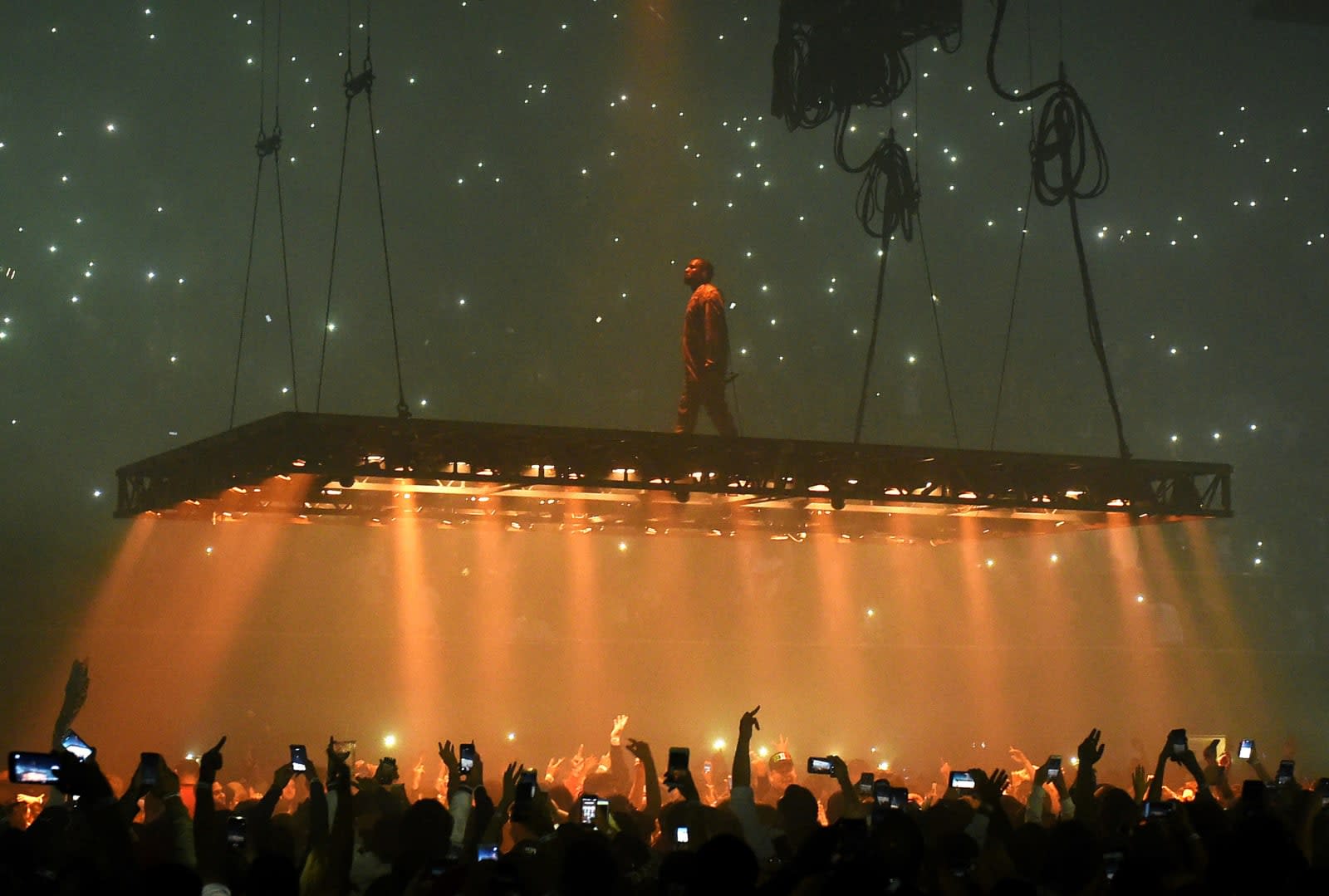 People are freaking out because Kanye West just deleted his Twitter and Instagram accounts. Not surprisingly, there's no explanation as to why the producer-turned-rapper-turned-designer decided to shut down his social media pages, but don't be surprised if it's part of a sneaky marketing plot. Yesterday, his wife Kim Kardashian revealed that the two were collaborating on a children's clothing line named Kids Supply, so the timing of Kanye's decision may be tied to that.

Of course, it could be something else altogether. Late last year, West was hospitalized in Los Angeles for what doctors referred to as "temporary psychosis," which led to the cancellation of 23 dates from his Saint Pablo tour. Over the years, Kanye's had some of the best (worst?) Twitter rants, including the time he said he wouldn't attend the Grammy Awards unless The Recording Academy promised him album of the year.

It's worth noting that Kanye hasn't always been a fan of Twitter or Instagram. In 2009, he took to his now-defunct blog, KanyeUniverseCity, to say he didn't have "a fucking Twitter" because he was too busy "being creative most of the time." He added that even if he was "just laying on a beach," he wouldn't tell the world about it. As for Instagram, Kanye tweeted in 2013 "I DO NOT HAVE AN INSTAGRAM," but he eventually gave in last September. We'll see how long it takes him to come back.

We're reaching out to Kanye's representatives and will update this story if we hear back.

In this article: entertainment, instagram, internet, kanye, kanyewest, lifeofpablo, saintpablo, saintpablotour, socialmedia, socialnetwork, socialnetworks, twitter, yeezy
All products recommended by Engadget are selected by our editorial team, independent of our parent company. Some of our stories include affiliate links. If you buy something through one of these links, we may earn an affiliate commission.