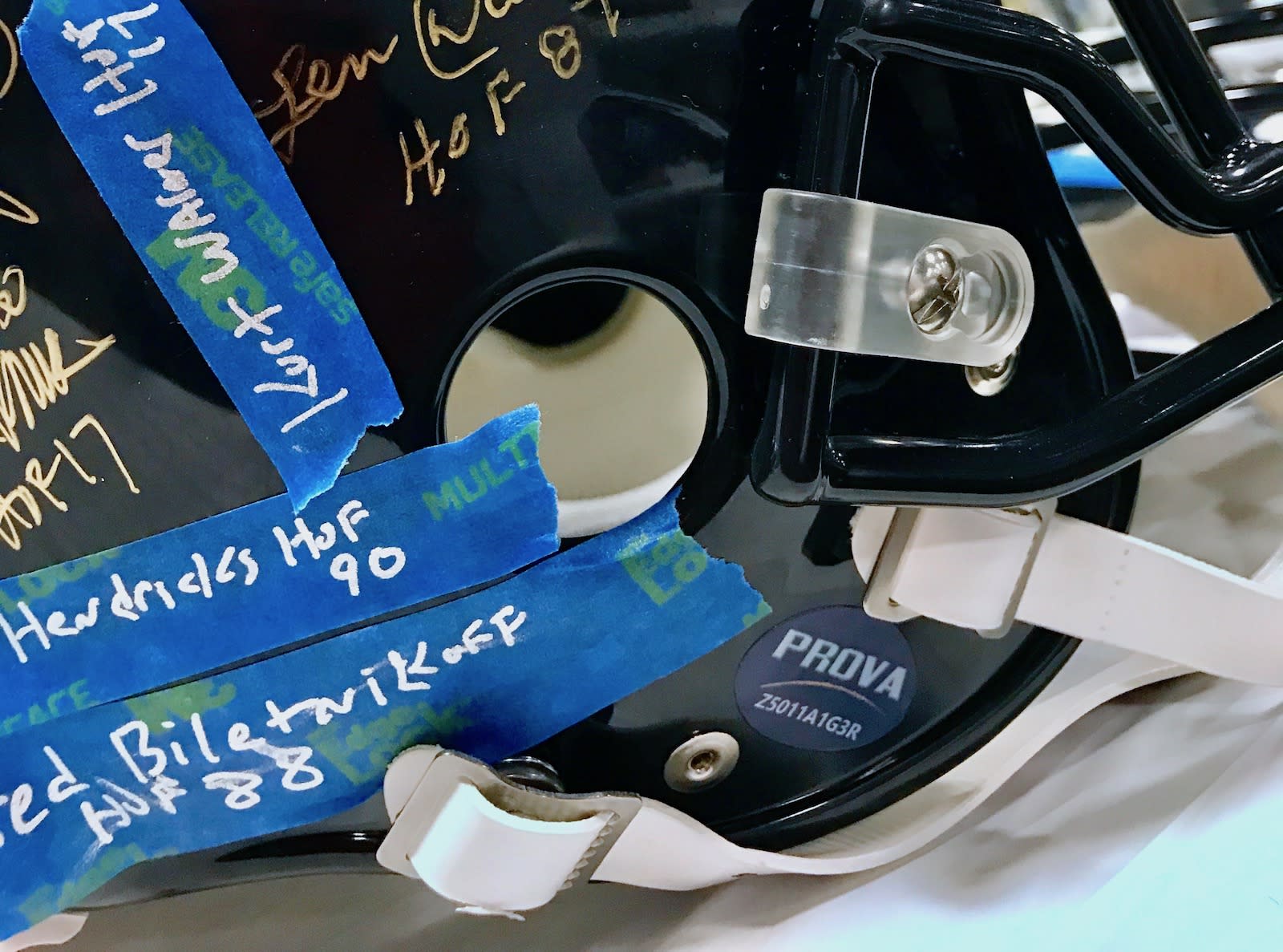 The story of Super Bowl 51 should have been all about one of the most remarkable comebacks in football history. Despite trailing by 16 points with about eight minutes to go in the fourth quarter, the New England Patriots rallied to take the game to overtime and then basically stole the championship from the Atlanta Falcons. Most of this feat was thanks to none other than Tom Brady, the superstar quarterback who now has five Super Bowl rings to his name. What Brady didn't have after that game, however, was the jersey he wore that day, which was later reported stolen -- a crime that turned the football world upside down.

"Someone stole my game jersey," Brady whispered to Patriots owner Robert Kraft during the team's locker room celebrations. "Are you serious? You better look online," Kraft replied with a nervous smile on his face. It turns out the thief, Martin Mauricio Ortega, was a member of the media who used his credentials to sneak into the Patriots' locker room and snatched the garment right from the quarterback's bag. According to experts, that stained and sweaty item would have been worth over $500,000. The problem for Ortega, though, would've been finding a way to authenticate his embezzled prize -- especially after the FBI got involved. Tom Brady looks for his jersey after Super Bowl 51.

For the past 15 years, the NFL has worked with PSA/DNA, an authentication service that uses invisible ink to certify items such as helmets, footballs, baseballs, cards and autographs. While the company's own technology doesn't cover jerseys yet, there are others looking to fill that void. PROVA, a startup founded by Dallas Cowboys legend Emmitt Smith (himself a three-time Super Bowl champion), has created stamp-sized NFC chips that can track when an item is worn or used in-game. PROVA's smart tags can identify stolen goods too, making it harder for any NFL-owned property to be illegally sold at auction or online. They can also embed valuable information in tagged items, like how many touchdowns a player scored while wearing a particular jersey.

Right now, they're only being used by the Dallas Cowboys, but Smith hopes that Brady's case will spark interest from other NFL teams. Given the media frenzy surrounding Brady's stolen jersey, there's no way Ortega could've gotten away with posting it on eBay or anywhere on the web... at least not without being caught. His options would have been to keep it in his personal collection (also comprised of stolen goods) or sell it on the black market, where he could use a process known as "photo-matching" to authenticate the jersey.

Before PSA/DNA and PROVA's technologies existed, sports collectors relied heavily on pictures from games to ensure the legitimacy of items. With jerseys or bats, for example, they'd have to look for grass stains, cracks and other unique markings caused by playing football or baseball. Of course, with the high-resolution quality of the latest photography and video cameras, it's easier than ever to know whether an item is the real deal. Photo-matching certainly serves its main purpose well, but it's not consistent, since collectors may not always find the right image to authenticate every item.

Haroon Alvi, PROVA's president and CEO, says his company's NFC-powered tags are better than invisible ink because they won't wear out during the season, which is apparently a common problem with the method used by firms like PSA/DNA. Down the road, Alvi says he hopes to bring these NFC chips to more sports and other industries. One day, he says, PROVA could offer its tech to luxury goods manufacturers, which may help them add another line of protection against counterfeits.

That said, as great as it would be to authenticate a Gucci purse on your smartphone, PROVA does face some challenges. Given that Apple doesn't provide third-party developers full access to the iPhone's NFC capabilities, PROVA can only go as far as offering an Android app right now. 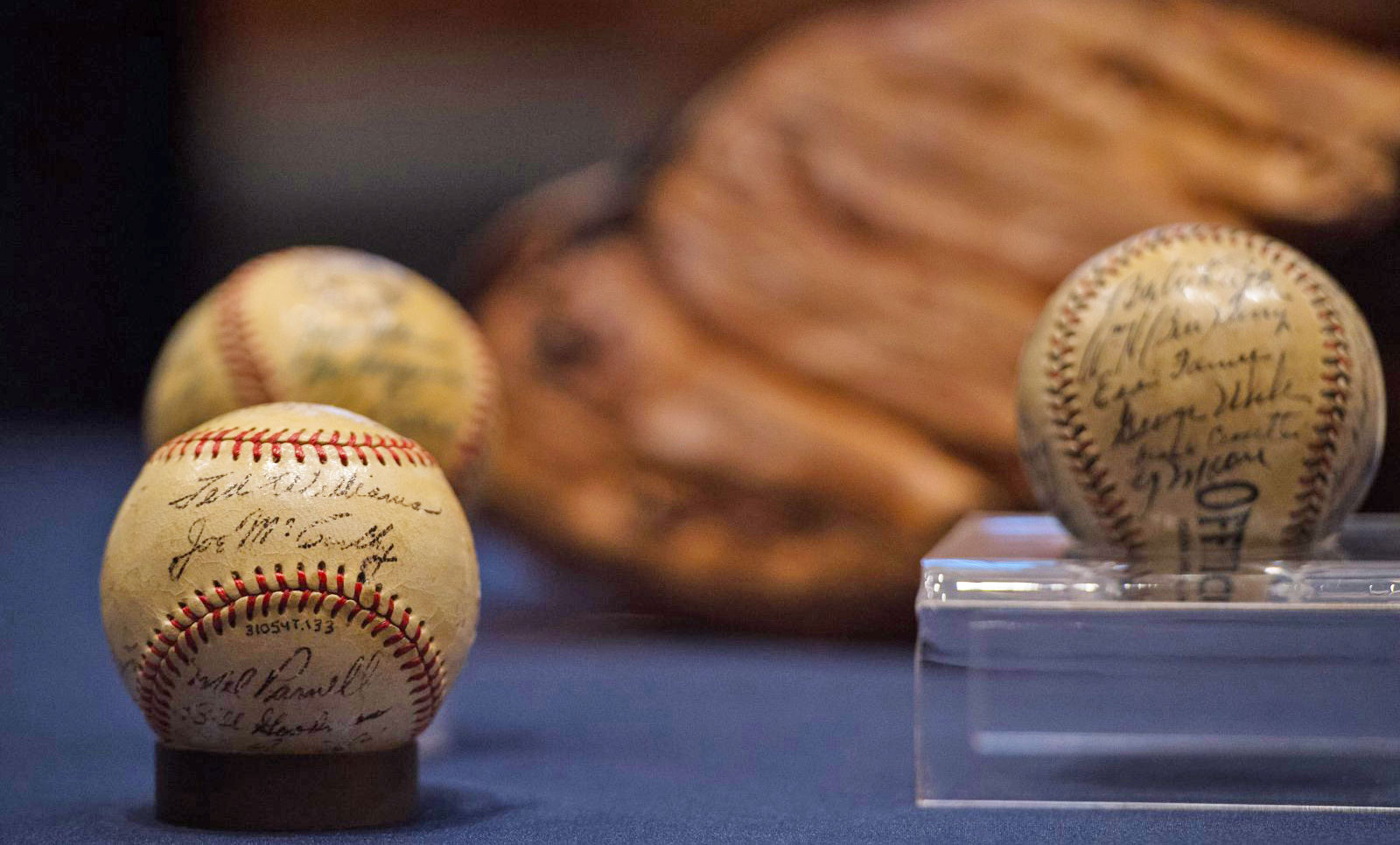 “Back in the 70s and 80s, it was kind of the Wild West days. [You] really had to know what you were doing.”
Stephen Wong

Stephen Wong, a collector and author of Game Worn: Baseball Treasures from the Game's Greatest Heroes and Moments, says the technology being used by these authentication services has been key to combating non-authentic and forged sports memorabilia. "It's very different from what it was like 10 years ago and 20 years ago," he says. "In every collectible, you're always going to get certain people that are living above the law and doing bad things. We've had our fair share of that, but a lot of these guys are getting kicked out and ostracized from the hobby."

Wong, who says he's been collecting sports memorabilia virtually all his life, thinks what's missing from the space is a platform that keeps track of every item that goes on sale online or at auction. "It would be nice to have an app that you can just press a button and boom," he says, adding that there's not a service at the moment that provides the full history behind items being sold, like who was the previous owner or when the item was worn in a game. "Quite frankly, a lot of the auction houses are not really that thorough," he says.

Even with PROVA's smart tags, or PSA/DNA's invisible ink, you get the sense there's room for another company to really disrupt the sports memorabilia industry. That's particularly true when you think about the fact that some collectors are still relying on photo-matching to authenticate items, which may continue to be the case until other technologies prove their worth. PROVA is definitely on the right track with its NFC product, but it needs to figure out a way to expand to the iPhone, because not every collector is going to have an Android device.

Wong, for his part, says companies like PSA/DNA have already changed his hobby for the better. "Back in the 70s and 80s, it was kind of the Wild West days," he says. "You were buying things without these authentications services, and really had to know what you were doing."

In this article: baseball, business, collectors, dallascowboys, emmittsmith, entertainment, football, gadgetry, gadgets, gear, memorabilia, patriots, prova, sports, tombrady
All products recommended by Engadget are selected by our editorial team, independent of our parent company. Some of our stories include affiliate links. If you buy something through one of these links, we may earn an affiliate commission.