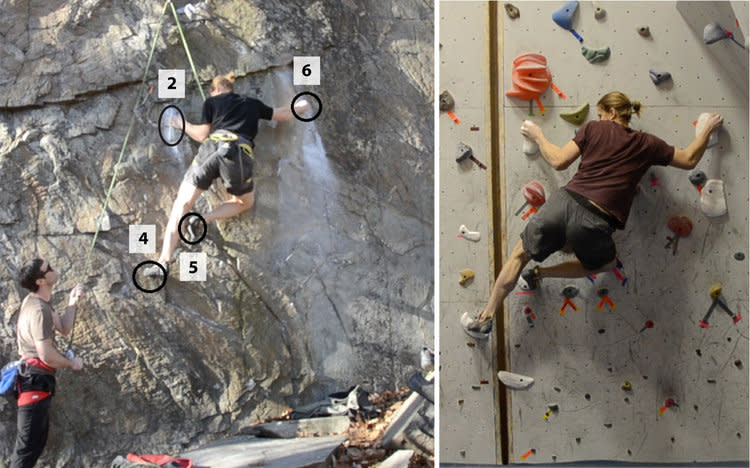 You can create a seemingly endless array of things with commercial 3D printers, but they won't be very durable. Dartmouth researchers developed a novel method combining multiple fabrication techniques to make robust, custom-made artifacts. The challenge they set themselves to test their new method? Simulating real-world rock walls by recreating every handhold using their process.

The researchers took hundreds of photos from two routes in Utah and New Hampshire and assembled them into 3D models of key "crux" points where climbers would stick hands and feet on the way up. The team made the handholds using rapid prototyping, molding and casting techniques, then arranged the finished molds up an indoor gym's wall to mimic the specific routes. Then they filmed a climber going up both the original route in the outdoors and the simulated run in a gym -- and his sequence of moves and poses was nearly the same in both ascents.

While this artifact creation technique would obviously be useful for indoor gyms seeking to replicate specific popular climbing routes, the Dartmouth researchers envision other potential applications. In their paper, they speculate that recreating specific historic rock features (say, faces with cave paintings) would benefit, as would reassembling a crime scene for forensic analysis. It's intended for large-scale recreation of objects, but using a process more accessible (and affordable) than, say, 3D printing an entire house.

In this article: 3dPrinting, Dartmouth, gadgetry, gadgets, gear
All products recommended by Engadget are selected by our editorial team, independent of our parent company. Some of our stories include affiliate links. If you buy something through one of these links, we may earn an affiliate commission.