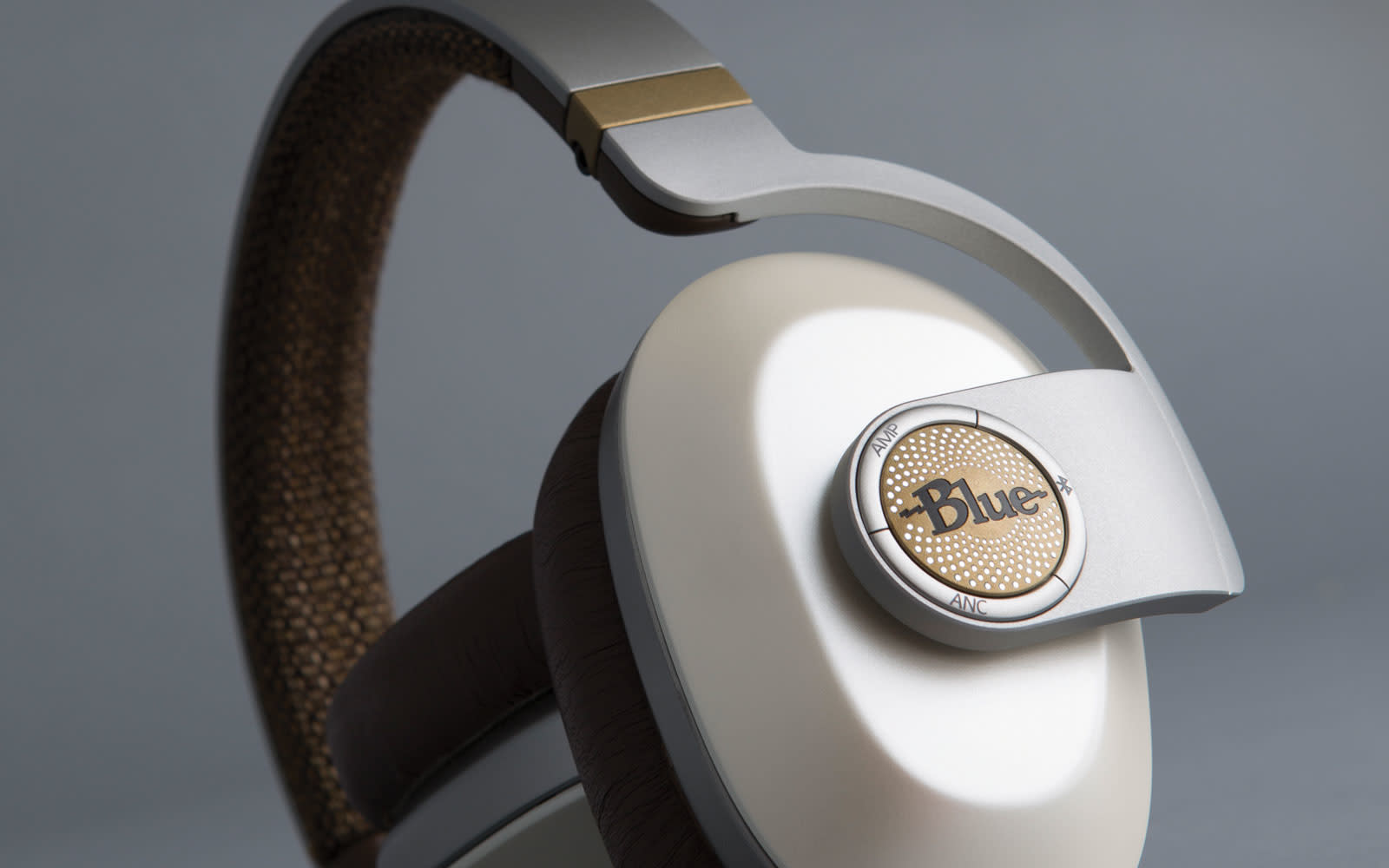 Blue announced its first wireless headphones back at CES, but now you can finally get your hands on a pair. The company's latest model, Satellite, has Bluetooth 4.1 and Apt-X to keep the wireless streaming from your go-to device going strong. To further enhance the high-quality audio, there's a built-in headphone amp. Similar to some of Blue's existing headphone models, you can turn that feature off to save battery or at times to you may not need it -- like when you're listening to podcasts. The company says it's the first to pack in an amp and use dedicated drivers for the audio and the noise cancellation in a set of wireless headphones. Instead of one set of drivers powering both the audio and the ANC, each of those features had its own unit. On the outside, there are controls for Bluetooth, the amp and active noise cancellation on the left earcup while the buttons you'll need to adjust volume, play/pause, skip tracks or take calls are situated on the right side.

When satellite was first announced, my main concern was battery life. Now that the headphones are going on sale, the company has some detailed numbers. Blue says you can expect 24 hours of playback when just using Bluetooth connectivity. When you opt for wireless listening with both the active noise cancellation and the built-in amp turned on, expect to listen for around 8 hours before needing to recharge. It's enough to get you through a full workday, but you'll likely need to plug them in over night if you listen all day long. Those battery figures are something I plan to take a closer look at during a full review.

If you're itchin' to get your hands on a pair, Blue's Satellite headphones are available today in black and white options for $400. The usual suspects for tech purchases -- places like Amazon, Best Buy, Newegg and others -- are set to carry the headphones.

In this article: amp, amplifier, anc, av, blue, bluemicrophones, bluesatellite, bluetooth, gear, headphones, NoiseCancelling, satellite, wireless
All products recommended by Engadget are selected by our editorial team, independent of our parent company. Some of our stories include affiliate links. If you buy something through one of these links, we may earn an affiliate commission.