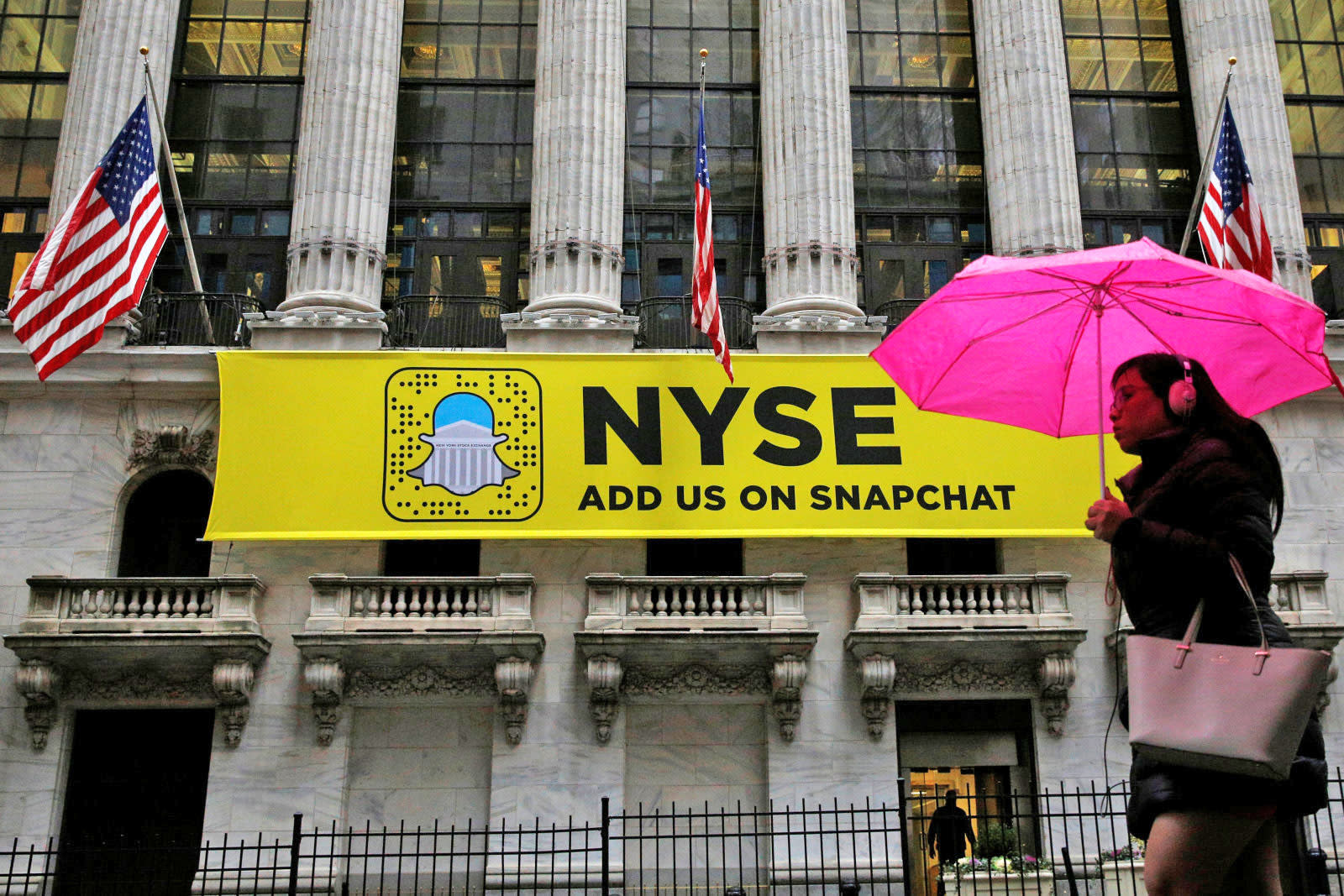 Three months ago, Snapchat parent company Snap Inc. filed for its initial public offering, a milestone move for the now six-year-old ephemeral messaging app. In that report, it revealed some key information about its business: 158 million people use its product everyday and it had over $500 million in losses on $400 million in revenue in 2016. Well, it's now time for the company's first ever earnings report as a public company and, uh, it doesn't look too pretty.

It recorded a whopping $2.2 billion loss, in large part due to one-time IPO-related compensation expenses, but the real sore spot is that it only grew its daily active user count by five percent -- it now has 166 million people using its app on a daily basis. Still, it did make $149.6 million in its first quarter, which is 286 percent improvement over this time last year.

New tech startups generally don't have an easy first few months as public companies -- the same issue plagued Twitter a few years ago -- but Snap Inc. has had a particularly tough start as it goes on an uphill battle against more established social networks. In particular, Facebook has really gone after Snapchat in recent months, as it has integrated the app's core Stories feature in almost all of its products -- there's WhatApp Status, Instagram Stories, Messenger Day and most recently, Facebook Stories. Indeed, the company recently announced that Instagram Stories has 200 million daily users while WhatsApp Status now has 175 million daily users, both of which are much higher than Snapchat's numbers.

During the earnings call, CEO Evan Spiegel focused mostly on the improvements the company has made on the Android app, which apparently led to 30 percent more additional users this past quarter. He also said that more than 3 billion Snaps are made on a daily basis, which is up from the 2.5 billion number given last quarter. Also according to Snapchat, users spend an average of 30 minutes per day on the app. Spiegel and chief strategist Imran Khan called out recent features like augmented reality emoji and continued investment in original programming as ways the company is differentiating itself from the competition.

As for Spectacles, well, that continues to be more of an experimental program rather than a revenue generator. That said though, CFO Drew Vallero did say that the company has made around $8 million so far from Spectacles sales in Q1 and about $4.5 million in Q4 of last year (this roughly adds up to around 100,000 units sold). He also said over 5 million Snaps have been captured by Spectacles to date.

During the earnings call, an investor asked if Snapchat was afraid of Facebook's continuing to invade its turf. "If you want to be a creative company, you gotta enjoy the fact that people are going to copy your products," said Spiegel. "At the end of the day, just because Yahoo has a search box, it doesn't mean they're Google."

In this article: applenews, earnings, EvanSpiegel, facebook, financials, gear, internet, mobile, Q1, Q12017, snap, snapchat
All products recommended by Engadget are selected by our editorial team, independent of our parent company. Some of our stories include affiliate links. If you buy something through one of these links, we may earn an affiliate commission.