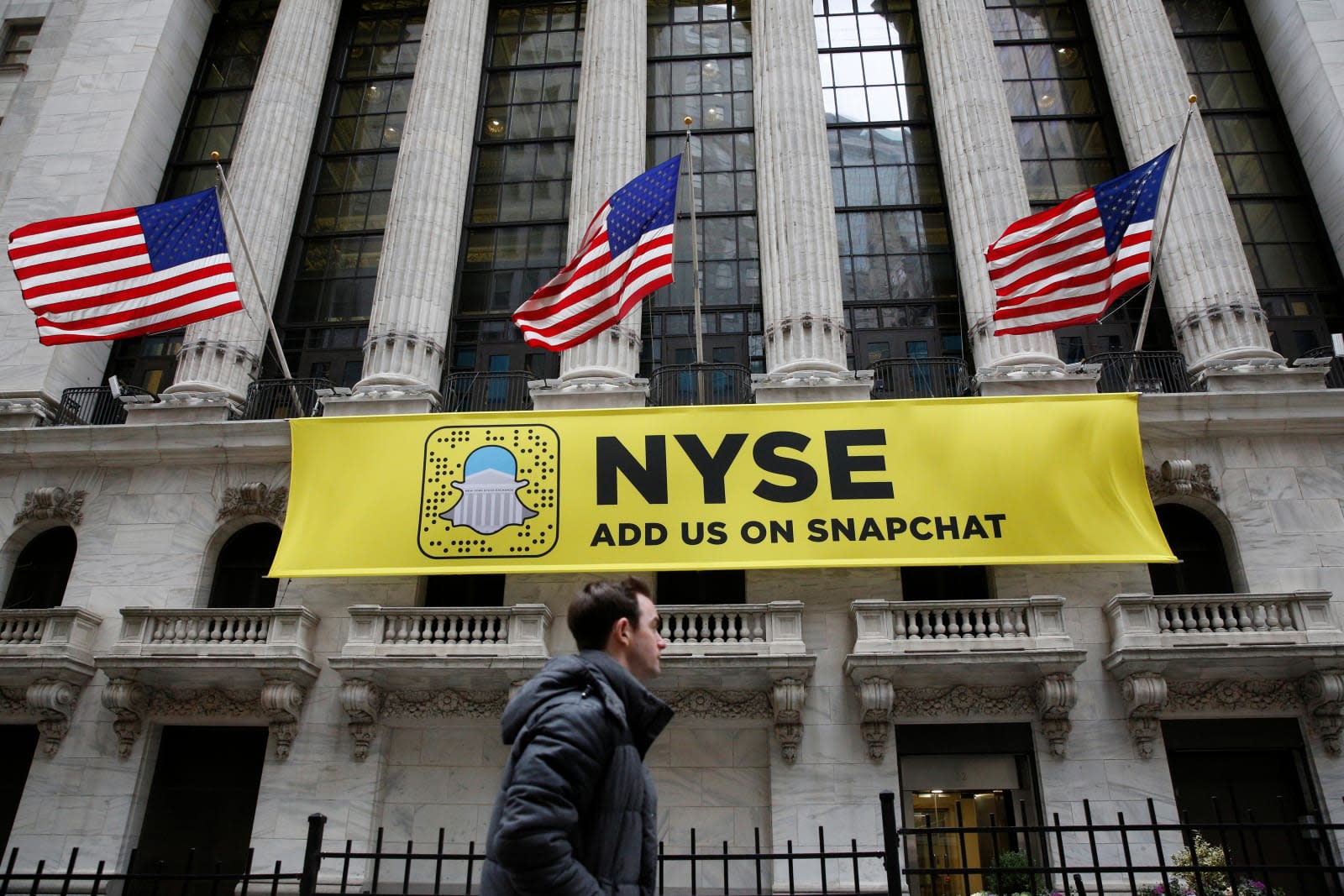 Snapchat's parent company Snap Inc. has officially filed for its initial public offering Thursday, giving a rare insight into what makes the ephemeral messaging service tick. Although Snap did not lay out the terms of the filing, the Wall Street Journal places the company's value between $20 billion and $25 billion. That would make Snap the biggest IPO since Alibaba hit the market in 2014 and well in excess of the $3 billion it reportedly turned down from Facebook in 2013.

In its S-1 paperwork, Snap laid out some of its impressive growth over the past year. "On average, 158 million people use Snapchat daily," the filing reads, "and over 2.5 billion Snaps are created every day." The company recorded $404.5 million in revenue over the course of 2016 -- more than six times the $58.7 million in revenue the company made in 2015. On a more practical note, the filing also reveals that Snap knows its flagship app has something of a clunky interface, and those millions of users will keep using it anyway: "Because our products created new ways of communicating," the company wrote, "they have often required users to learn new behaviors to use our products. These new behaviors, such as swiping and tapping in the Snapchat application, are not always intuitive to users."

On a broader level, the S-1 makes clear Snap's stance on Net Neutrality, which may currently be under threat from the FCC. The company says its business "would be seriously harmed" if the current open internet rules are modified and mobile providers in the US and Europe are allowed to prioritize access to certain types of traffic or competing apps.

In this article: business, culture, evanspiegel, InitialPublicOffering, ipo, snap, snapchat, snapinc, stockmarket
All products recommended by Engadget are selected by our editorial team, independent of our parent company. Some of our stories include affiliate links. If you buy something through one of these links, we may earn an affiliate commission.