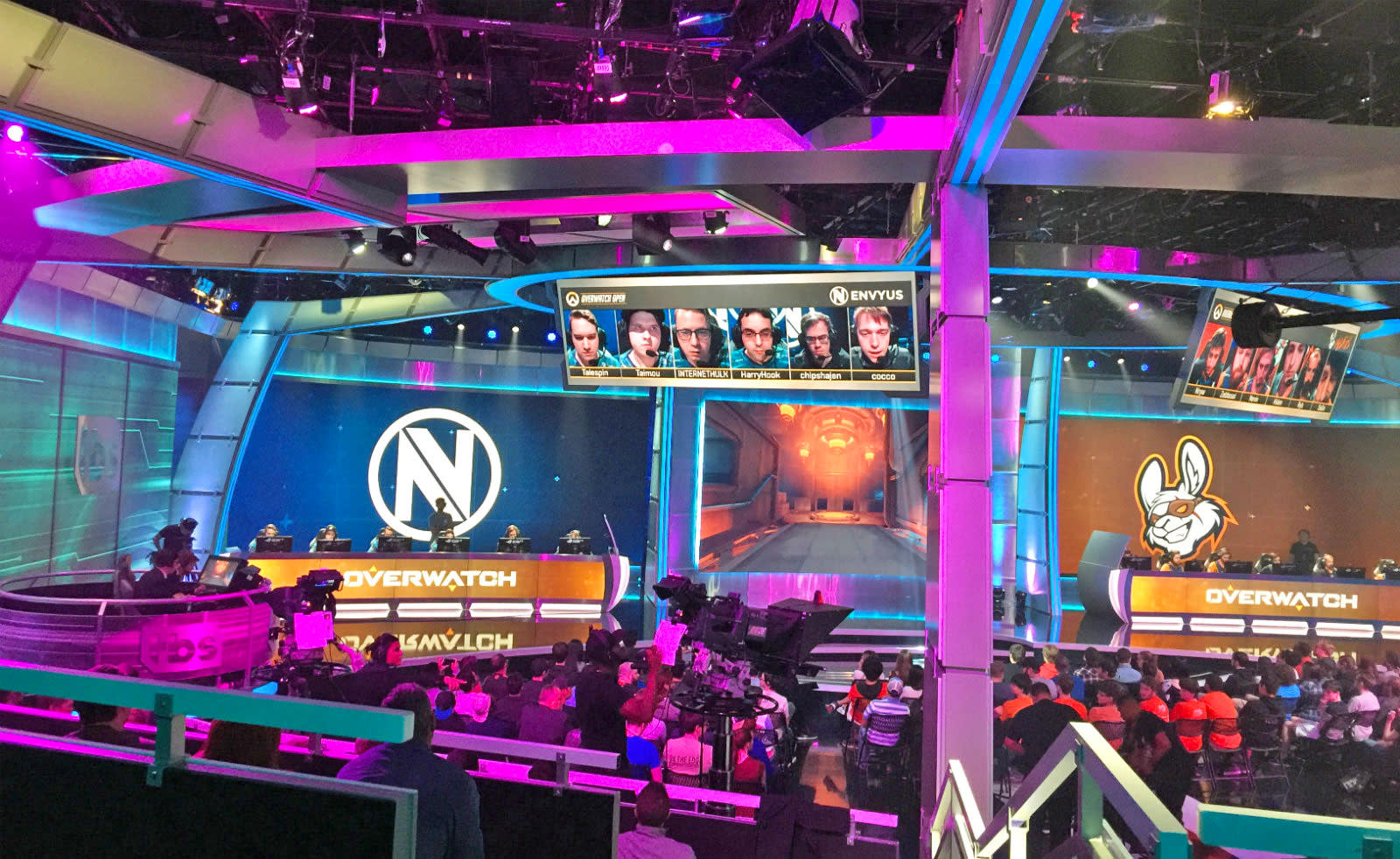 Yesterday, Blizzard announced that it had formed a dedicated eSports division within the company. It will operate under the name Major League Gaming, the organization bought by the studio in 2015, and run the official Overwatch League (OWL) and World Cup. But several major eSports teams have started abandoning the game ahead of the competitive league's launch. Some of which did, reportedly, because it costs $20 million to franchise an official team.

That's the figure sources told ESPN, which might even be higher in large markets like New York City or Los Angeles. Compare that to a spot in the League Championship Series for Riot's League of Legends, one of which sold for $1.8 million last December. Five esports organizations announced they will stop fielding teams for Overwatch in the last week; a statement from one player on Team SoloMid's roster for the game admitted that the cost of entering OWL was a factor in disbanding its team.

CompLexity Gaming's statement outright stated that the game's competitive scene was in too much of a "transitional phase" for them to keep a live roster. They also noted a "narrow field" of events limited competition, which was also a factor in professional gaming organization Splyce giving up their Overwatch team. Denial Esports has apparently also released their squad, as has Red Reserve.

Blizzard originally planned to launch OWL at its annual BlizzCon event in late 2017. The league is set up like the NFL or NBA, with teams centered in large cities. We've reached out to Blizzard and will update when we hear back.

Update: Blizzard sent the following statement regarding Overwatch League. We expect to hear more details in the weeks to come, but for now, the company tells everyone not to buy into the rumors just yet.

We appreciate that there's a lot of enthusiasm about the Overwatch League, which has translated into months of speculation--including reports circulating unverified and wildly ranging rumors from anonymous sources about purported deal terms, team pricing, and other details. We understand the interest in the rumors, and we feel it's important to clarify some things for our community.

First, we want to be clear that our ultimate goal is to create an exciting Overwatch esports ecosystem, the pinnacle of which will be the Overwatch League, that's accessible to a wide audience, sustainable, and rewarding for everyone involved. We're doing our best to take great care with building this ecosystem, and as with much of what we do, we don't release information until we're at a place where it makes sense to do so.

Second, we'd like to dispel any rumors that we're ignoring endemics. Anyone who knows Blizzard understands how deeply we care about the communities around our games. The league is built upon the best elements of endemic esports programs and traditional sports, and we're in active discussions with many teams and owners from both worlds because it will take a village to stand up a league with such an unprecedented structure. Those conversations have been going well and there's a lot of excitement around our ambitious plans.

Finally, it's important to think twice about statements from unnamed sources, who may try to leverage the media to deliberately spread misinformation as bargaining tactics or for other competitive reasons. We look forward to officially sharing real details about the league and the ecosystem as a whole as we continue the development process. In the meantime we are staying focused on our goal of creating an awesome Overwatch esports experience for players, partners, and fans, and we want to thank everyone for their continued support.

In this article: applenews, av, blizzard, esports, gaming, overwatch, overwatchleague
All products recommended by Engadget are selected by our editorial team, independent of our parent company. Some of our stories include affiliate links. If you buy something through one of these links, we may earn an affiliate commission.