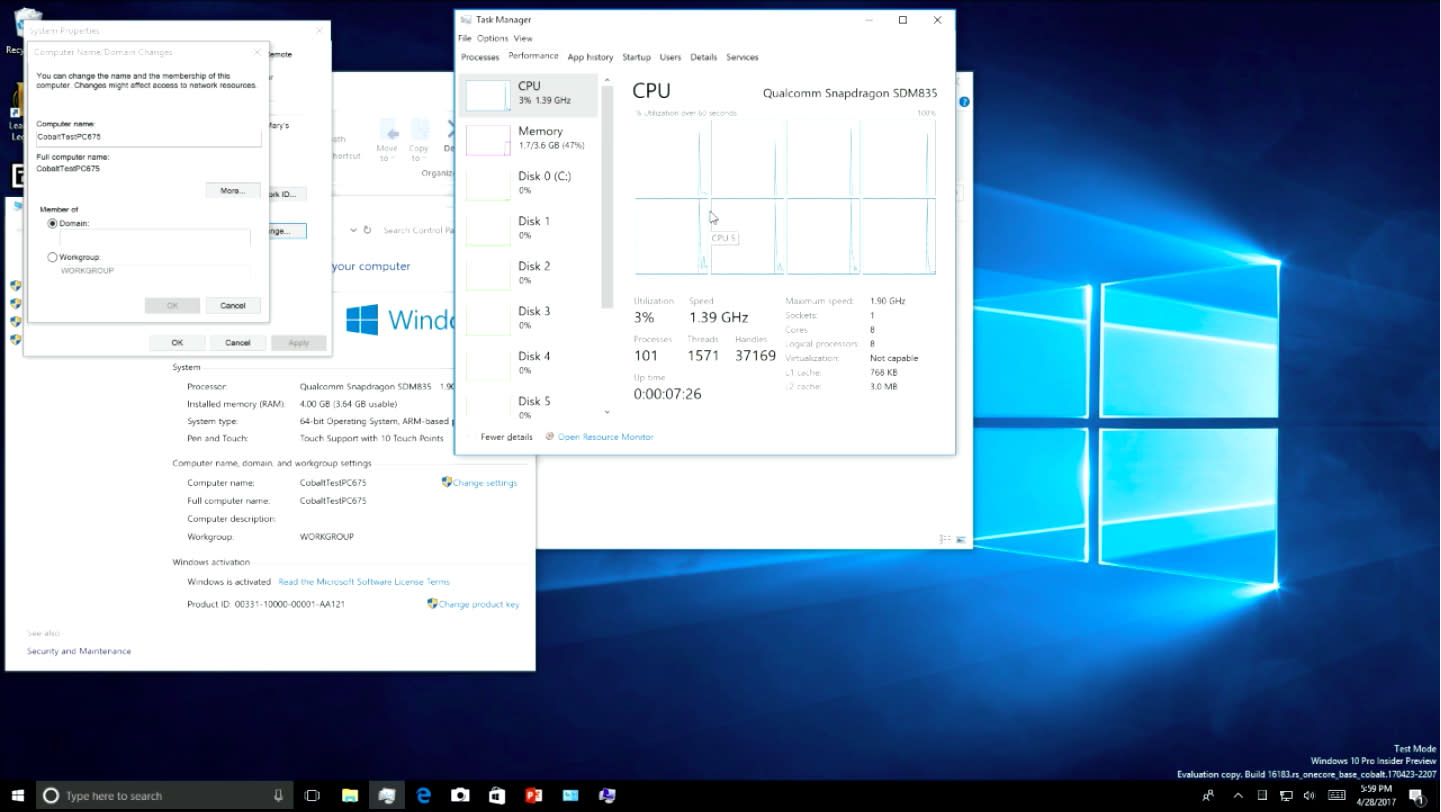 As we learned last month, ARM-powered Windows 10 devices should start hitting the market by the end of 2017. Unlike previous mobile-friendly versions of Windows though, Microsoft is working hard to make sure the ARM release will be able to properly support full-fledge desktop apps, rather than the mish-mash of apps that showed up in Windows RT and devices like the Surface 2. At the Build 2017 conference this week, Microsoft showed off the new seamless experience by downloading, installing and running x86 Win32 applications on an ARM machine.

For end users and app developers, there's effectively no difference between an Intel-based machine and one with a Snapdragon processor under the hood. As PC Magazine notes, the ARM build of Windows 10 works its magic using a built-in emulator that translates instructions in realtime. Those translations are also cached so Win32 apps should get a performance boost over time. The setup also means that users with ARM-based Windows 10 machines won't be restricted to Windows Store apps, so they'll get a bit more variety than even the limited Windows 10 S platform. If manufacturers are able to hit the right price point when the devices debut later this year, an ARM-based Windows machine could even become a more attractive low-cost alternative to Chromebooks and tablets.

In this article: applenews, ARM, build2017, gadgetry, gadgets, gear, microsoft, personal computing, personalcomputing, snapdragon, windows10, x86
All products recommended by Engadget are selected by our editorial team, independent of our parent company. Some of our stories include affiliate links. If you buy something through one of these links, we may earn an affiliate commission.