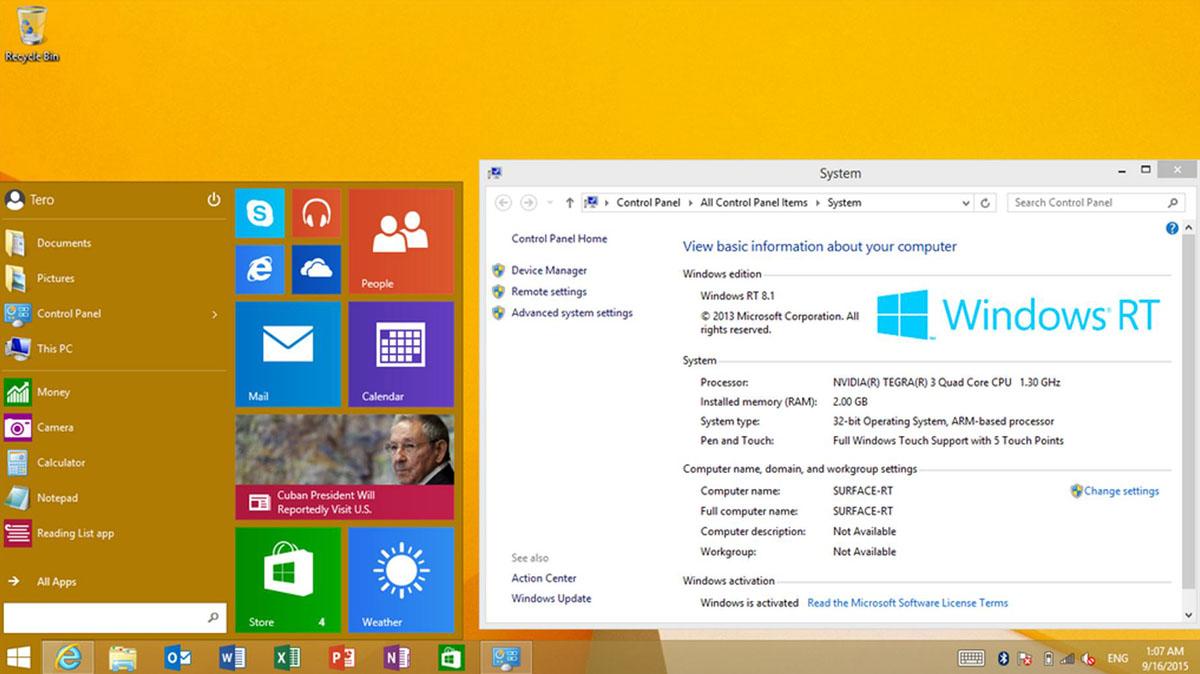 Microsoft has released an update for its orphaned Windows RT 8.1 OS that gives it a Windows 10-like Start menu, according to users who've downloaded it. That's good news for owners of the original Surface and Surface 2 RT hybrid laptops, or those who bought RT devices like the Asus Vivo Tab RT and Dell XPS 10. The feature isn't exactly the same as it is on Windows 10, as it lacks the settings options, and the power-off icon has been moved to the top right. There's no news of any other features, because the update wasn't accompanied by a Microsoft announcement.

The "Update 3" release makes good on Microsoft's earlier promise that Windows RT would get "some" of Windows 10's features by September. Still, it'll keep the OS fresh for the near future, making the "hard rice" of Windows 8.1 RT easier to digest, as Acer's CEO famously put it. Since Microsoft is phasing out the much-detested operating system, however, it might be the last time RT gets any new features. Windows site Thurrot pointed out that users can disable the new Start menu and stick with the Windows 8.1-style tiled layout if they prefer. The exact update is KB3033055, but it might take some time for it to arrive to your device via automatic updates.

In this article: microsoft, StartMenu, update, Windows10, Windows8.1RT, WindowsRT
All products recommended by Engadget are selected by our editorial team, independent of our parent company. Some of our stories include affiliate links. If you buy something through one of these links, we may earn an affiliate commission.