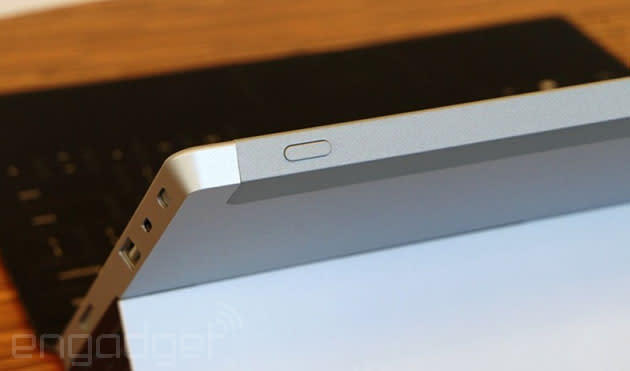 Microsoft hasn't given up on the idea of a mini-me version of its successful Surface Pro 3 convertible, according to a rumor from WinBeta. But a Surface 3 model won't follow in the Surface 2's wobbly footsteps by packing the RT version of Windows. Instead, it will reportedly take a page from the latest Macbook and come with an Intel Atom or Core M fanless CPU and a full version of Windows 8.1, upgradeable to Windows 10. That means it could hit a lower price point than the Surface Pro while maintaining standard Windows compatibility -- the lack of which effectively sunk the Surface 2.

As we recently learned, Microsoft appears to be phasing out Windows RT, saying future versions will have, at best, just "some" Windows 10 functionality. It also reportedly killed a Qualcomm-based "mini" RT version of the Surface just days before it was set to launch. So if it pans out, what will this Surface-lite look like, how much will it cost and when will it arrive? We're not sure about the first two parts, but it's rumored to be coming in time for Microsoft's Build conference starting April 29th.

In this article: Intel Atom, microsoft, Rumor, Surface RT, Surface3, Windows 10, Windows RT
All products recommended by Engadget are selected by our editorial team, independent of our parent company. Some of our stories include affiliate links. If you buy something through one of these links, we may earn an affiliate commission.