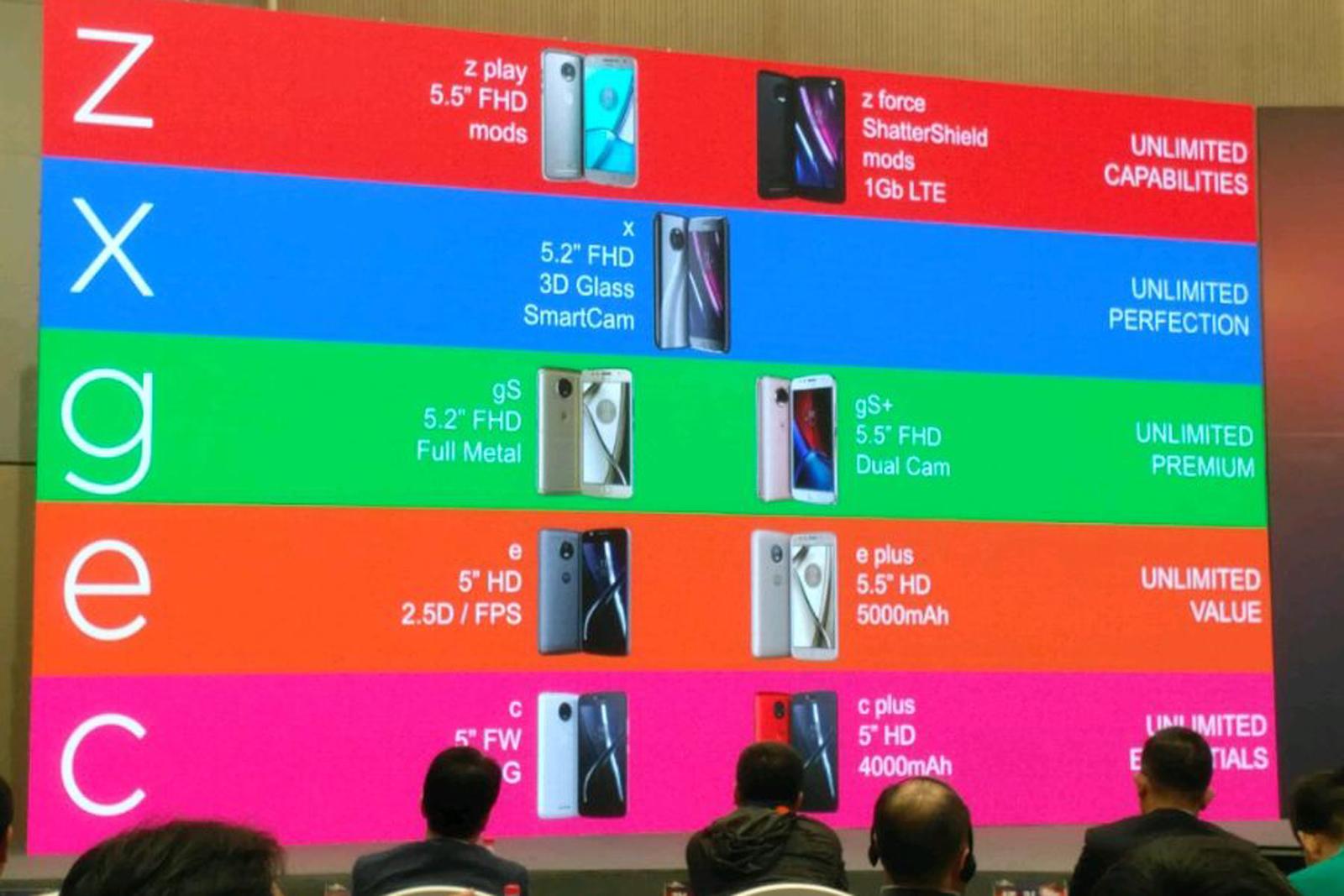 Motorola is going to have a very busy 2017, if you believe tipsters. Well-known leaker Evan Blass has obtained a presentation photo that purports to show the Lenovo brand's phone roadmap for the year, and there will be no less than nine devices by the time it's all said and done. Most notably, the Moto X (apparently called the Moto X4) is finally slated to return after a long absence. This image doesn't reveal much beyond the 5.2-inch "3D glass" display and a "SmartCam," but details gleaned from a video hint that it's an upper mid-range phone with the shiny new Snapdragon 660 processor, a hefty 3,800mAh battery, 4GB of RAM, 64GB of built-in storage and a fingerprint reader.

Other parts of the roster are a little more familiar. There will be new Z Play and Z Force phones at the top, complete with mods and (on the Z Force) gigabit LTE data. We've already seen a leak for the just-the-basics Moto C line, too. However, the middle is more interesting: the roadmap suggests there will be an upgraded Moto G (yes, despite the G5 launch) with a dual rear camera on the Plus version. There would also be two Moto E phones, including an E Plus with a 5.5-inch display and a massive 5,000mAh battery.

There's no timetable explaining when each new device will appear. If this slate is accurate, though, it's not exactly a simple lineup -- we can see some customers struggling to decide between a larger screen or a faster processor. Still, this at least shows that Motorola has some room to flourish under Lenovo's wing.

In this article: android, applenews, evleaks, gear, lenovo, mobile, moto, motoc, motocplus, motoe, motoeplus, motorola, motox, motox4, motoz, motozforce, motozplay, smartphone
All products recommended by Engadget are selected by our editorial team, independent of our parent company. Some of our stories include affiliate links. If you buy something through one of these links, we may earn an affiliate commission.