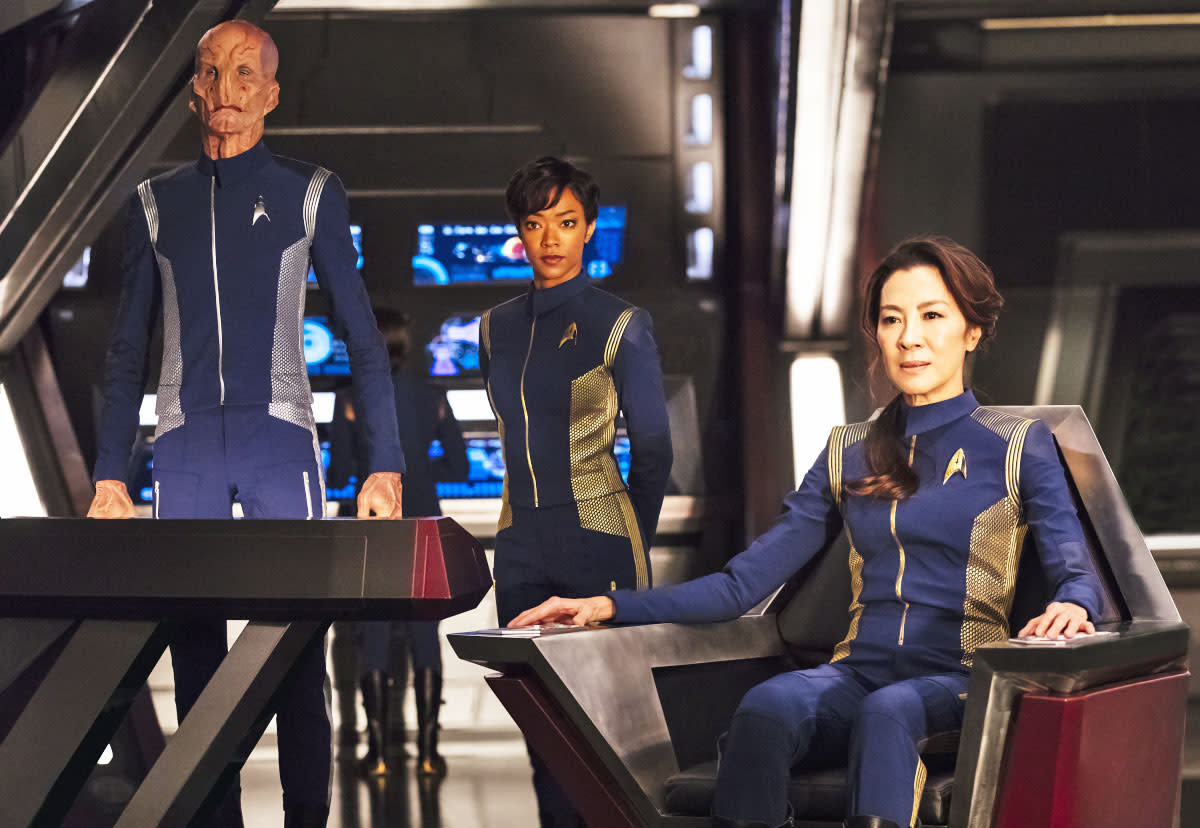 It's been a long wait since the first teaser trailer, but we finally have our first good look at CBS' streaming-exclusive Star Trek: Discovery series. The first trailer promises a "fall" release window, and the accompanying press release reveals its run has been extended from 13 episodes to 15, and that it will include a "Talking Trek" aftershow. We've heard plenty about its cast (including the likes of Jason Isaacs, Michelle Yeoh and Sonequa Martin-Green), and production delays, but we're still waiting for the show to appear so fans can finally decide if it's worth signing up for CBS All Access.

5
In this article: applenews, business, CBS, CBSAllAccess, entertainment, internet, services, StarTrek, StarTrekDiscovery, trailer, video
All products recommended by Engadget are selected by our editorial team, independent of our parent company. Some of our stories include affiliate links. If you buy something through one of these links, we may earn an affiliate commission.