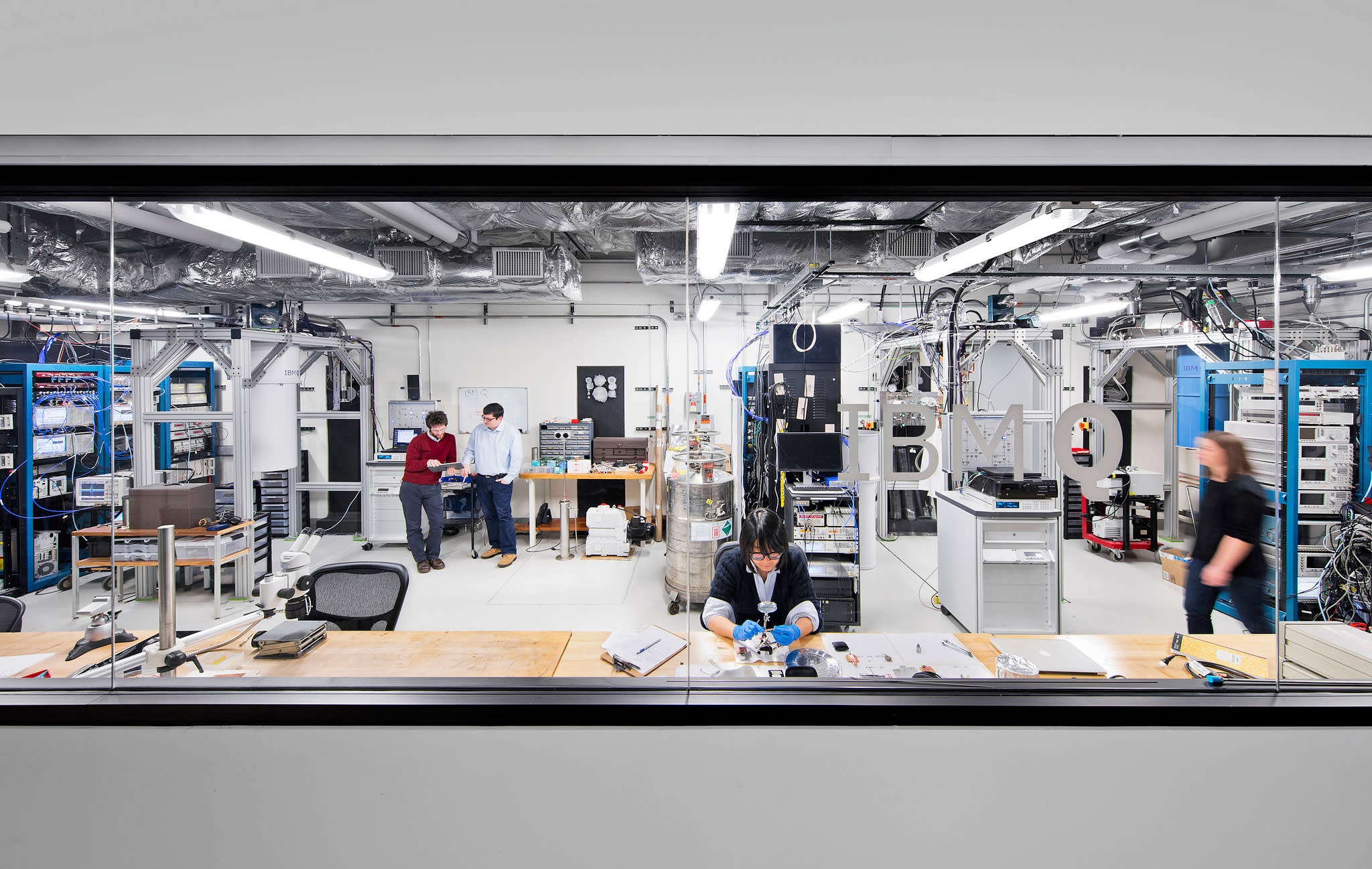 IBM's two quantum computing platforms just took a leap forward in processing power. The company announced today that it has successfully built and tested its two most powerful quantum computers yet -- the research and business-focused Quantum Experience universal computer and the prototype processor that will eventually form the core of its commercial IBM Q systems.

The new systems are now 16 and 17 quantum bits (qubits) of quantum volume, respectively, and both are a big jump from the previous 5 qubit processor that powered the Quantum Experience platform before. By thinking beyond ones and zeroes, the platform can already solve problems that were considered too complex for classical computer systems to handle -- which means it can solve problems that we haven't even thought of yet in fields like pharmaceuticals, artificial intelligence, financial services and logistics. If you're having trouble wrapping your head around the concept, IBM has you covered there: The company has provided a primer on the basics, as well as a beginner's guide on the subject with Charles Bennet, a pioneer in the field. IBM hopes that getting more people involved will help discover new uses for the technology, which it plans to push to 50 qubits or more in the next few years.

The specialized hardware has only really been the domain of major businesses, research facilities and government research in the past, but today's announcement means the technology is also rapidly becoming more accessible. The previous 5 quibit Quantum Experience machine has run more than 300,000 experiments since it opened to the public last summer. Today's third-generation, 16 qubit processor will allow for even more complex computations. And with only so many people working in the field, the machine will likely have time to spare. On the other hand, developers, researchers and programmers who want to carve out some of that time for their own experiments can already request beta access through the Software Development Kit on GitHub. Or, you can just play around with the experiment composer here.

In this article: applenews, IBM, IbmResearch, internet, personal computing, personalcomputing, QuantumComputing, TL18QNTM, tomorrow
All products recommended by Engadget are selected by our editorial team, independent of our parent company. Some of our stories include affiliate links. If you buy something through one of these links, we may earn an affiliate commission.