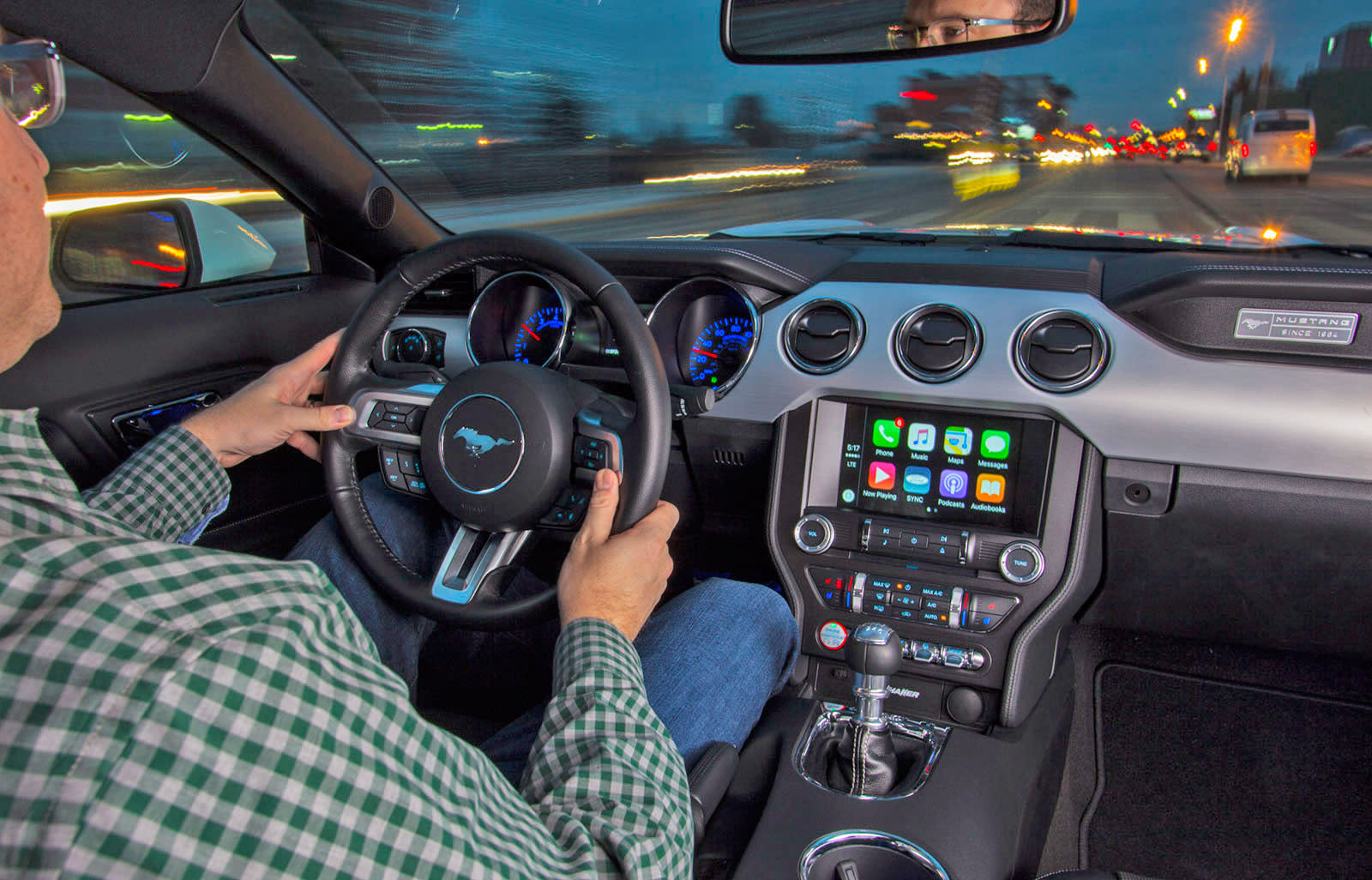 As it promised last year at CES, Ford has started updating 2106 Sync 3-equipped vehicles with Android Auto and CarPlay. That means drivers who have so far settled for the automaker's in-house setup will essentially get a brand new infotainment system if they'd rather switch. Android Auto users can update via WiFi or the USB port, while drivers who want CarPlay will have to make a trip to their dealer and pay a fee.

Ford's in-house Sync 3 system has received reasonably good reviews, but let's be real -- either Android Auto or CarPlay will be a big improvement for most users. The systems will play better with your smartphones, letting you move more smoothly from home to car to work with your apps, searches and locations following you.

Ford says that with either system enabled, most Sync 3 features like its in-house navigation system and AppLink will be disabled. Drivers can instead turn to Google or Apple Maps for navigation and any available Android Auto or iOS apps including Spotify, Skype or Amazon Audible Audiobooks.

Meanwhile, both Audi and Volvo just announced that they'd be adopting Android, not Android Auto, as the backbone of their own infotaintment systems. That will essentially make Google's software the operating system for these units, controlling not only music and navigation, but the car's air conditioning, sunroof and windows.

As Android is more full-featured than Android Auto, that should give both users and automakers more features and choices. For instance, in a demo during Google I/O's presentation yesterday, Audi showed how it could push Android notifications and turn-by-turn GPS directions directly to the vehicle's dashboard.

In this article: AndroidAuto, AppleCarPlay, applenews, CarPlay, Ford, gear, Sync3, transportation, Update
All products recommended by Engadget are selected by our editorial team, independent of our parent company. Some of our stories include affiliate links. If you buy something through one of these links, we may earn an affiliate commission.