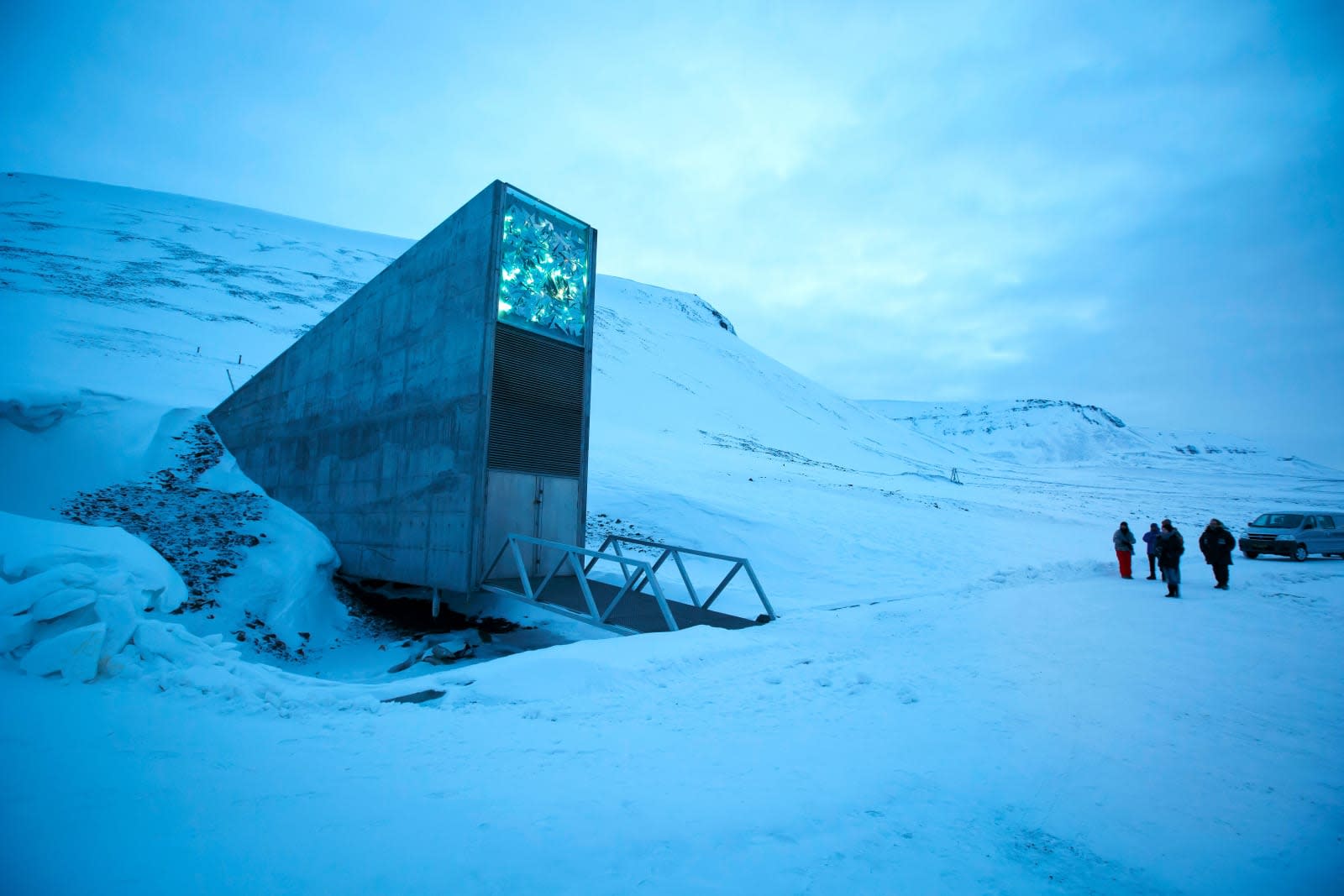 The Svalbard Global Seed Vault was designed to be a repository should the worst happen and a disaster decimate crops around the world. But it was recently breached by floodwater from surrounding permafrost that melted after the hottest year on record. No seeds were ruined, but the security of the location is in question.

The vault was built in a mountain on the Norwegian island of Spitsbergen in the Svalbard archipelago, 800 miles away from the North Pole. The surrounding permafrost and stable tectonics made the location seem ideal when the vault opened in 2008, but less than a decade later, climate change has undermined assumptions that the seeds can remain secure. The island saw temperatures seven degrees Celsius (or 12 degrees Fahrenheit) higher than normal, leading to rain and melted ice when light snow was expected.

"It was not in our plans to think that the permafrost would not be there and that it would experience extreme weather like that," the Norwegian government's Hege Njaa Aschim told The Guardian.

The meltwater flooded the entryway but didn't make it to the vault, sparing the over 800,000 seeds stored inside. To protect it against future water intrusions, the station's caretakers are waterproofing and removing electronics from the 100-meter tunnel leading into the mountain vault along with digging trenches to channel water and rain away, according to The Guardian. They've also installed pumps in the seed room should it ever be breached.

Update: Popular Science contacted Cary Fowler, former executive director of the Global Crop Diversity Trust that created the vault, who provided some additional context. As Fowler describes it, the entrance consists of a 100-meter long tunnel that runs at a slight downward slope into the heart of the mountain, before a slight uphill section leading to the vault doors. There are pumps built in for specifically this situation, and the vault itself is kept at below freezing temperatures, however, a record heatwave is behind the greater-than-expected volume of water.

More importantly, when the vault was designed, Fowler says scientists calculated what would happen if all the world's ice melted, and there was a tsunami -- then built the vault so it's five to seven stories above that point. While there may be some tweaking needed to keep the entryway accessible, the vault itself should remain a safe haven.

Update 2: The Seed Vault has released an official statement regarding "water intrusion in the outer part of the access tunnel." As speculated, the vault itself is kept safe by both the permafrost and artificial freezing. The vault team is working on improvements for the access tunnel, like moving heat sources around and installing a waterproof wall, plus additional drainage ditches.

In this article: applenews, ClimateChange, GlobalWarming, green, seed, SvalbardGlobalSeedVault, tomorrow
All products recommended by Engadget are selected by our editorial team, independent of our parent company. Some of our stories include affiliate links. If you buy something through one of these links, we may earn an affiliate commission.