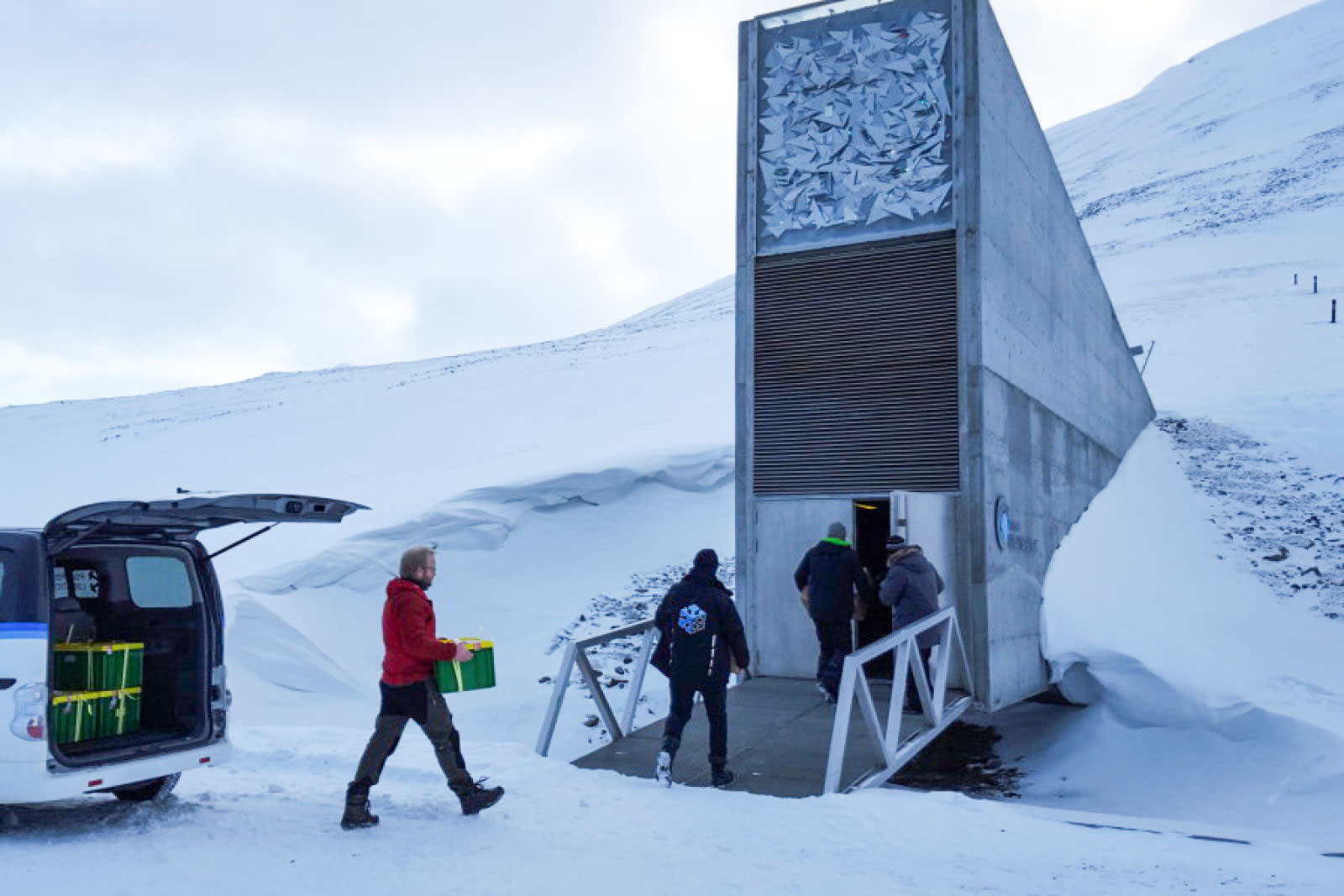 In light of President Donald Trump's rise to power, some people are seriously worried about the planet's health. Count The Bulletin of the Atomic Scientists among that group, since they recently pushed the Doomsday Clock to two and half minutes to midnight. Even if they think humanity is closer to extinction than it was just a couple months ago, we're now better prepared to respond to a food crisis.

The Svalbard Global Seed Vault, a gene bank located about 800 miles from the North Pole, is largely to thank for that. It bolstered its reserves two days ago when it received nearly 50,000 seeds, according to Crop Trust, a nonprofit that works closely with the vault.

Institutions from the US, the UK, Mexico, Benin, India, Pakistan, Lebanon, Bosnia and Herzegovina, Morocco, the Netherlands and Belarus deposited seeds, bringing the vault's sample total to 930,821. The crops included potato, rice, wheat and other critical food sources. While depositors still own their seeds, they're only permitted to withdraw them in emergency situations.

For example, the International Center for Agriculture Research in the Dry Areas (ICARDA) made a withdrawal in 2015 during particularly trying times, Crop Trust said. The institution was previously located in Syria, and following the attacks in Aleppo, it requested seeds so it could breed crops more safely in Morocco and Lebanon. With that mission complete, reconstituted samples (over 15,000, says MSNBC) were returned to the vault as part of this week's 50,000-seed influx.

The Arctic gene bank is seen as an insurance policy against wars and natural disasters destroying food crops: If something major goes down, we'll still have our seeds. With people across the globe concerned about the political climate's impact on our planet's future, now seems like a good time to make sure we're prepared to handle whatever the world throws at us.

In this article: aleppo, arctic, belarus, Benin, BosniaAndHerzegovina, BulletinOfTheAtomicScientists, CropTrust, DonaldTrump, food, green, india, InternationalCenterForAgricultureResearchInDryAreas, lebanon, mexico, Morocco, netherlands, pakistan, science, seeds, SvalbardGlobalSeedVault, syria, uk, us
All products recommended by Engadget are selected by our editorial team, independent of our parent company. Some of our stories include affiliate links. If you buy something through one of these links, we may earn an affiliate commission.