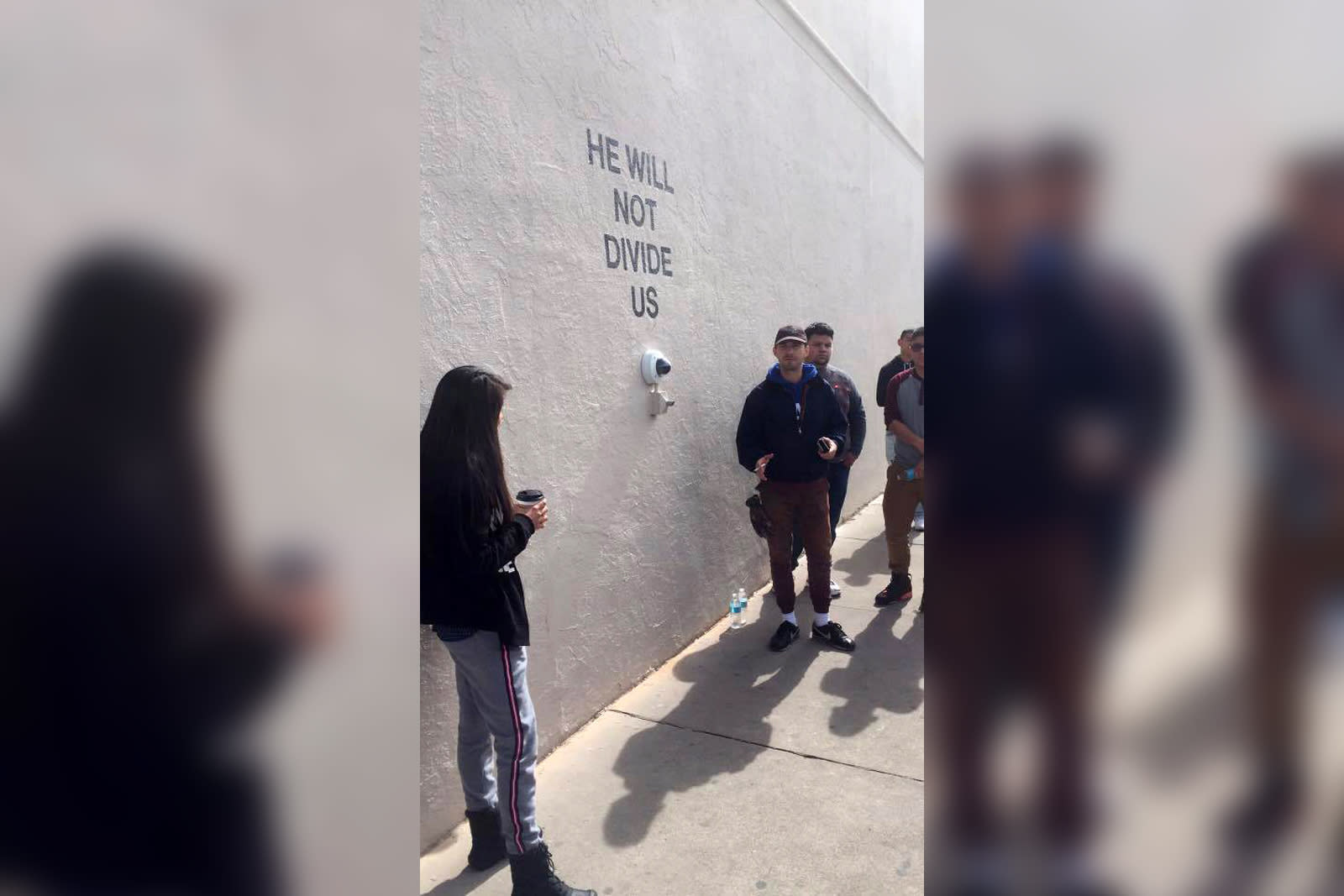 Shia LaBeouf's anti-Trump livestreaming art piece in New York City was ignominiously shut down just a few weeks into its planned 4-year run, but it's getting a revival... albeit nowhere near its original home. LaBeouf and his artist partners have relaunched the anti-Donald Trump project, He Will Not Divide Us, at the Historic El Rey Theater in Albuquerque, New Mexico -- not exactly a convenient move if you'd been considering a visit to the original site. It's now much more likely that the livestream is your only way of seeing what all the fuss is about.

LaBeouf and crew also have some more choice words for the Museum of the Moving Image, which shut down the original project. They dispute the museum's claim that the art project led to violence, and argue that officials were far from communicative. They didn't mention any instances of violence and didn't even respond to requests for a way to report hate speech incidents, according to a statement. The creators also accuse the museum of caving in to "political pressure," pointing out that its attorney Brendan O'Rourke (who told LaBeouf's team about the shutdown) also represents Trump.

Whoever you believe, the shutdown and reopening highlight both the advantages and perils of live internet art. While it's great that the piece is accessible anywhere at any time, it's clear that exhibitions like this can only work if there's enough cooperation to guarantee a safe, harassment-free space.

In this article: albuquerque, art, culture, donaldtrump, hewillnotdivideus, internet, livestream, livestreaming, newmexico, politics, protest, shialabeouf, trump
All products recommended by Engadget are selected by our editorial team, independent of our parent company. Some of our stories include affiliate links. If you buy something through one of these links, we may earn an affiliate commission.